Every year, many  iGEM  teams organize a competition among  iGEM  teams around the world, in which they have to create something that can be shared to complement the scientific work that is being developed with creativeness. This year, our team decided to organize a song contest. We asked any team that wanted to participate to make a parody song from either a popular song or a completely new one. In other words, they had to write lyrics for a song, which would talk about their  iGEM  experience or about science in general.  On top of that, to record a videoclip was completely up to each team to decide, as we understood it would be a lot of work to film and edit it. We also asked each team to send their song to our email account so that we could then judge which one was the best, based on best lyrics, best singing voice and best video, if any. We would then display their song on our own wiki page. 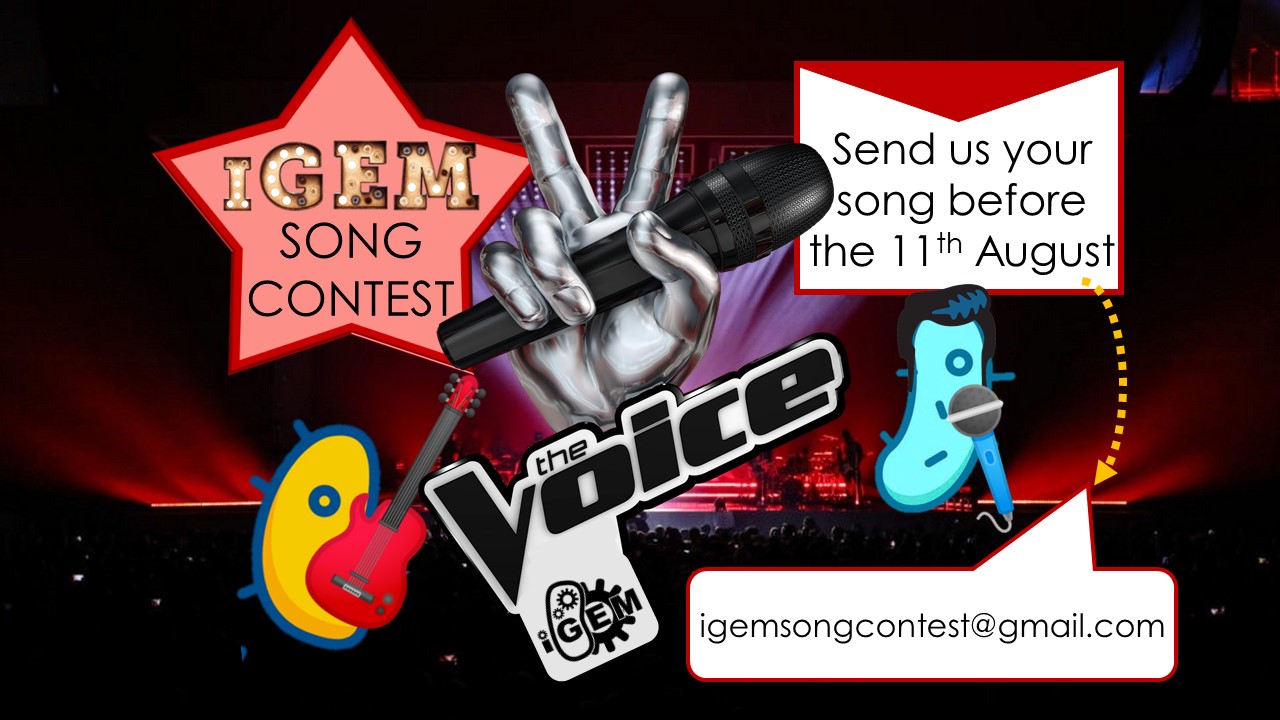 We decided to promote this competition inspired by the multiple artistic competitions that had been organized in previous years, and also by the lack of musical collaborations. We thought that it would also be a way of exploiting the creativeness of the teams, as well as their team-bonding skills. Furthermore, we believed that writing these lyrics could help these teams release all the frustration that they could have built up during the summer. In order to promote it more, our team also created a song and videoclip:

The following teams have participated in our song contest: the Groningen, St. Andrews, Tacoma RAINmakers and the Stockholm iGEM teams 2019. We gave prizes in different categories to the teams and here are the winners: