Bridging the knowledge gap between academia and the general public is key if we want to translate science into technology that can serve society. An important requirement for the application of synthetic biology is acceptance, and understanding is crucial in creating this acceptance. We, from the iGEM Wageningen team, have tried our best to help bridge this gap, by engaging in various ways with different societal groups to improve the understanding of synthetic biology, as well as by working on our integrated Human Practices. 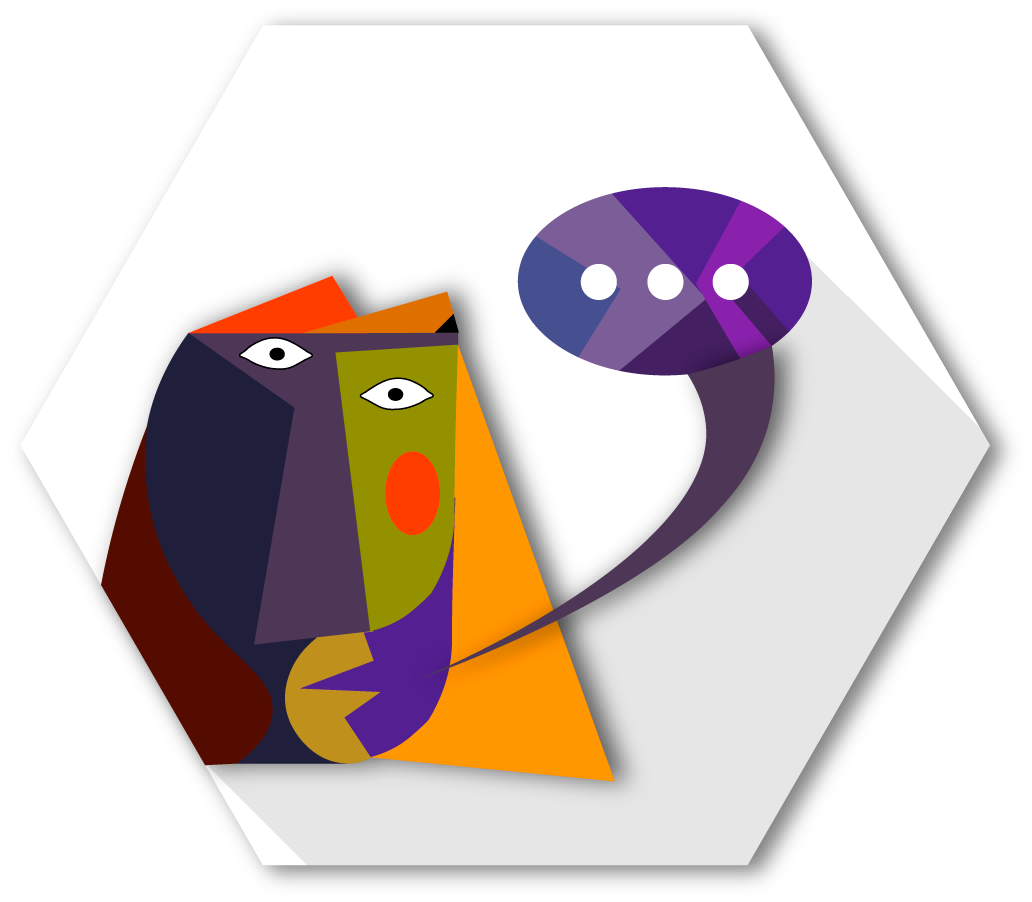 For our outreach, we wanted our network to also reach beyond the groups usually targeted. Therefore, we used some unconventional networks to reach out to groups that might not immediately come to mind. We have given presentations on synthetic biology and our project at Mensa and the Freemasonry and we used Tinder and other social media to reach out to new people. We were also featured in a webarticle on an agriculture-related newsplatform. More information on our endeavors can be read in more detail below. 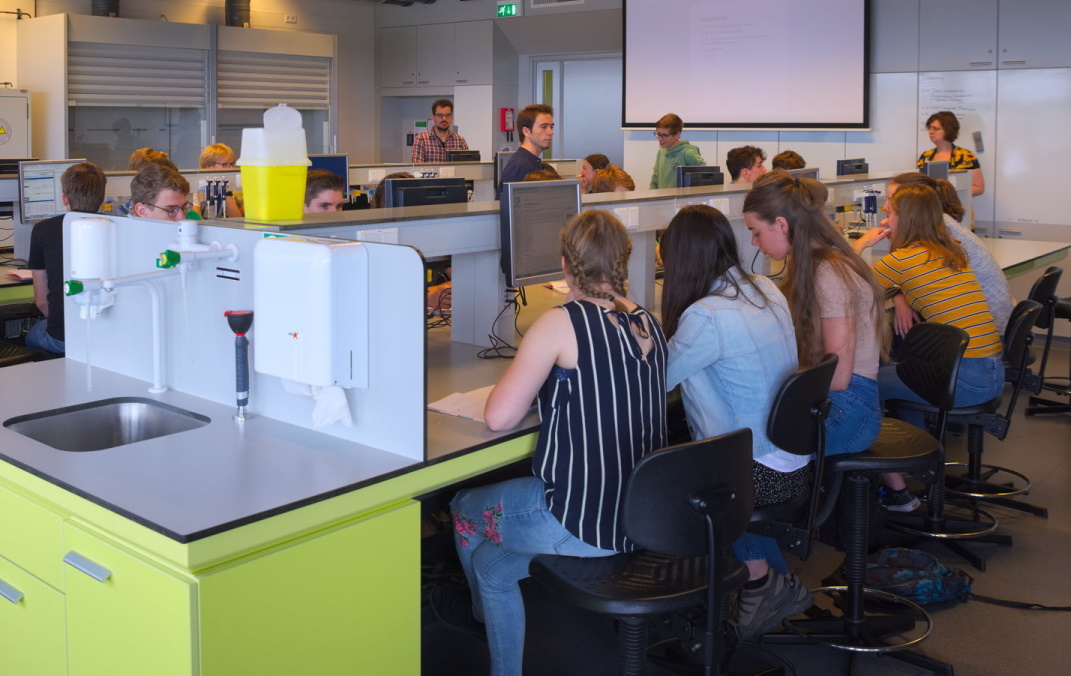 Next to this, we also held different presentations and engagement activities with students from high schools and our university. We gave a presentation about synthetic biology and our project to the finalists of the Dutch Biology Olympiad and to high school students participating in a "Student for a day" program. At our university, we participated in giving talks in different courses, we presented our project to new students and gave an open lunch lecture on campus. 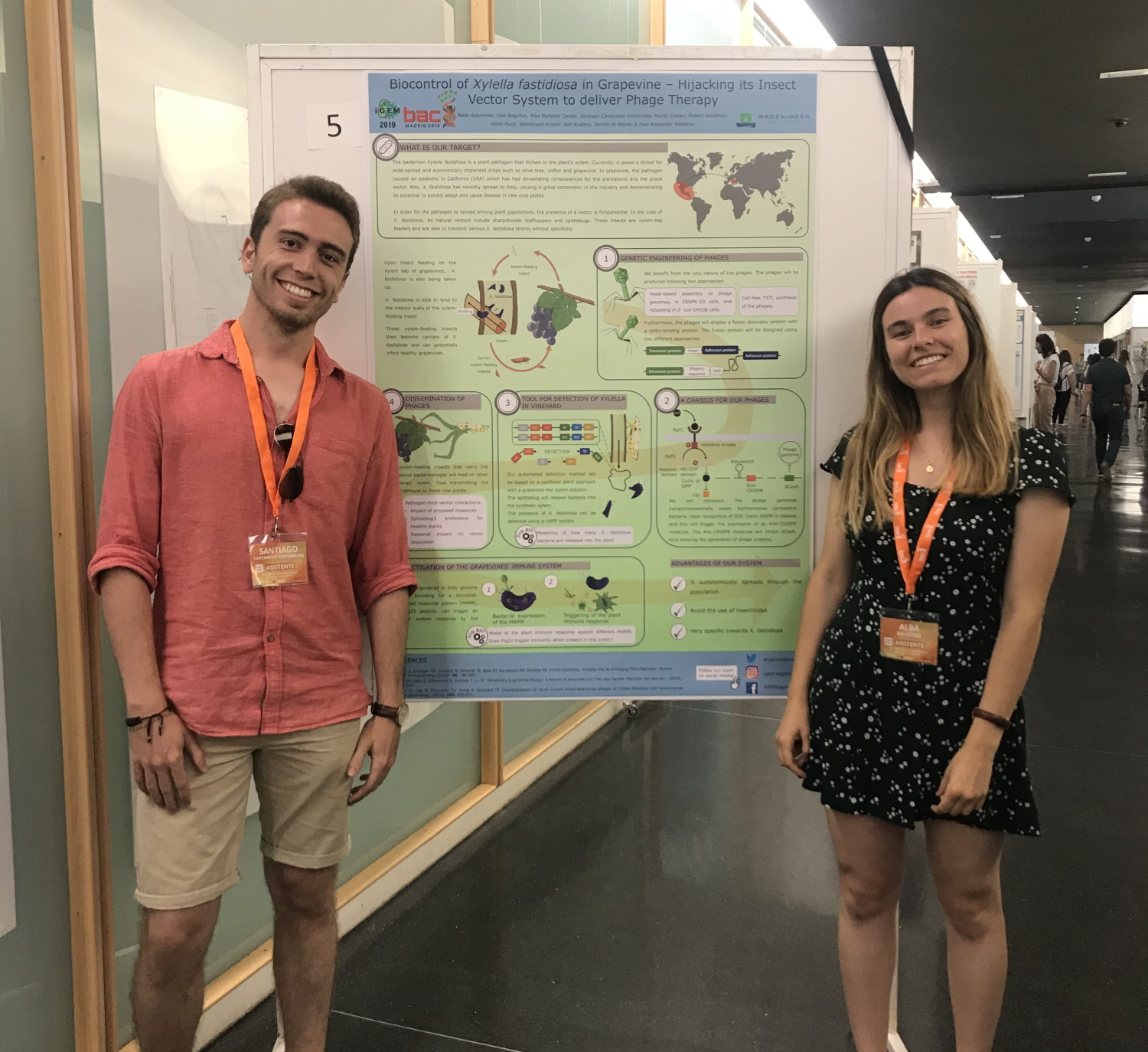 As part of our outreach to unusual networks, we really wanted to employ Tinder to spread the word on synthetic biology. Since phages play a central role in our project, we made a male and a female phage and gave them their own profile. Thus, our Tinder phages Salvador and Philomena came to be and set out on their quest to inform lonely singles about the wonders of synthetic biology. Early on they managed to match to some of the more curious Tinder users, hopefully opening their minds to the possibilities of synthetic biology. Sadly, Tinder seems to discriminate against phages and they were quite quickly banned. We had some good fun reaching out over Tinder, but Salvador and Philomena will have to wait until there is a more phage-friendly dating platform available.

On the 28th of June we went to the Holland Bio event, an event for representatives of biotech companies. There, we were submerged in the entrepreneurial viewpoints. We talked to several people about our project and we got a lot of questions about patents. Therefore, we decided to contact a patent expert at the university later. It was very interesting to talk to several people about our project and inform them of the iGEM competition and synthetic biology.

Dutch Biotechnology Conference (22nd of May)

We had a great chance to interact with the Dutch biotechnology society at their annual conference. During this conference we had a poster pitch. A lot of interested people came by to ask questions about our project. We also talked to the other iGEM teams about their experiences and their projects. There were also interesting presentations, one of which was on Safe-by-Design. This inspired us to incorporate Safe-by-Design in our project by participating in the Safe-by-Design assignment from the RIVM.

Our safety officer Ben went to the biosafety workshop "SafeChassis". The goal of this workshop was to discuss the application of genetically modified organisms and to predict the possible impact of these organisms in certain areas. The panel of the workshop included a large variety of stakeholders such as governmental institutions, regulators, industry and academic scientists. During this workshop, several guest speakers presented their work on safety, risk assessment and legislation in the application of GMOs in daily life. Furthermore, we were allowed to give a presentation about our project and especially about the main bottlenecks we have encountered. This was a big opportunity for us to discuss our project with experts in the field.

We knew that X. fastidiosa is a big problem in some Southern European countries, and we were already planning on contacting stakeholders from the Spanish public administration. However, we wanted to get a sense of the opinion of leading researchers on the current status of the fight against X. fastidiosa in Spain. The BAC, a conference with young scientists as a target audience, was the perfect opportunity for us to learn from these experts and also present our novel synthetic biology approach to eradicate X. fastidiosa.

During these two days, we presented our poster and attended several talks given by researchers that work on different biotechnological fields. One of them, Dr. Aranzazu Gómez Garay, president of the Asociación Española de Sanidad Vegetal (AESaVe), gave a presentation on biosafety and plant health. She introduced us to the concept of biological control, which is the use of living microorganisms to control plagues. This is, in fact, the basis of Xylencer’s approach to combating X. fastidiosa.

During the Q&A part of the presentation, a farmer whose crops have been affected by X. fastidiosa in the Spanish region of Alicante asked Mrs. Gómez about her opinion on the current eradication measures against the pathogen. To that, she replied that many European countries that are not affected by the plant pathogen still support what she considers to be ancient measures, such as the cutting down of all trees in a demarked area.

From this conference we concluded that in Spain some researchers are supporting the use of other microorganisms to control plagues, which differs from the more mainstream use of phytopathogens.