In this year, we aim to help people find the interest of science especially children, we respect the right to education of all people. We held “Future Scientists” in April which focus the children aged 7 to 13 and made them know synthetic biology and science ethics. In July, we made online course for kids living in remote places. What's more, we set some classes for Autistic children. We held a freshman-oriented seminar in September to give publicity to our team and we sent many tweets to the public in order to attract more people to synthetic biology and enhance our influence.

In all activities, we help people find the interest of synthetic biology and take part in our project. We collect the ideas of people which can help us make our project better. And we have made all activities as a long-term engagement to influence people more prominently.


“Future scientists” is the first public engagement event we held. 60 pupils aged 7 to 13 from all over Wuhan were gathered together and started an unforgettable trip of life science.

Here is our poster: 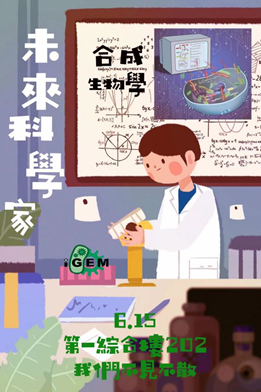 We made an educational speech at the beginning. To our surprise, every time we posed a question, they all raised their hands and scramble to answer. Their vigor made it all possible for us to combine more knowledge to our teaching schedule. 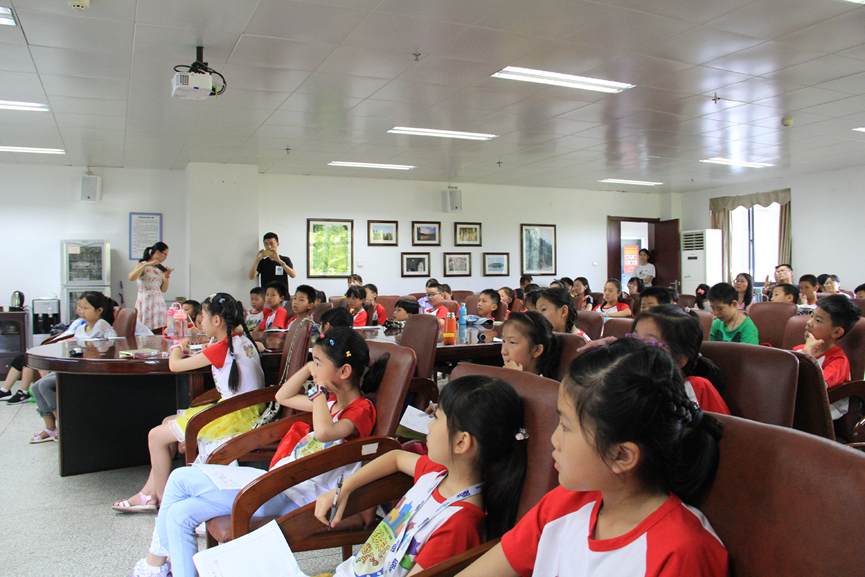 We also prepared some experiments for them. In order to better explain synthetic biology without making it too profound and boring, we use circuit to simulate metabolic pathways. We gave out several puzzles including and/or gate, they were going to connect the wires and make it work. Children were having fun doing this because when they see the bulb lit up due to their own hard work, they were motivated. Thus, they were eager to learn more. 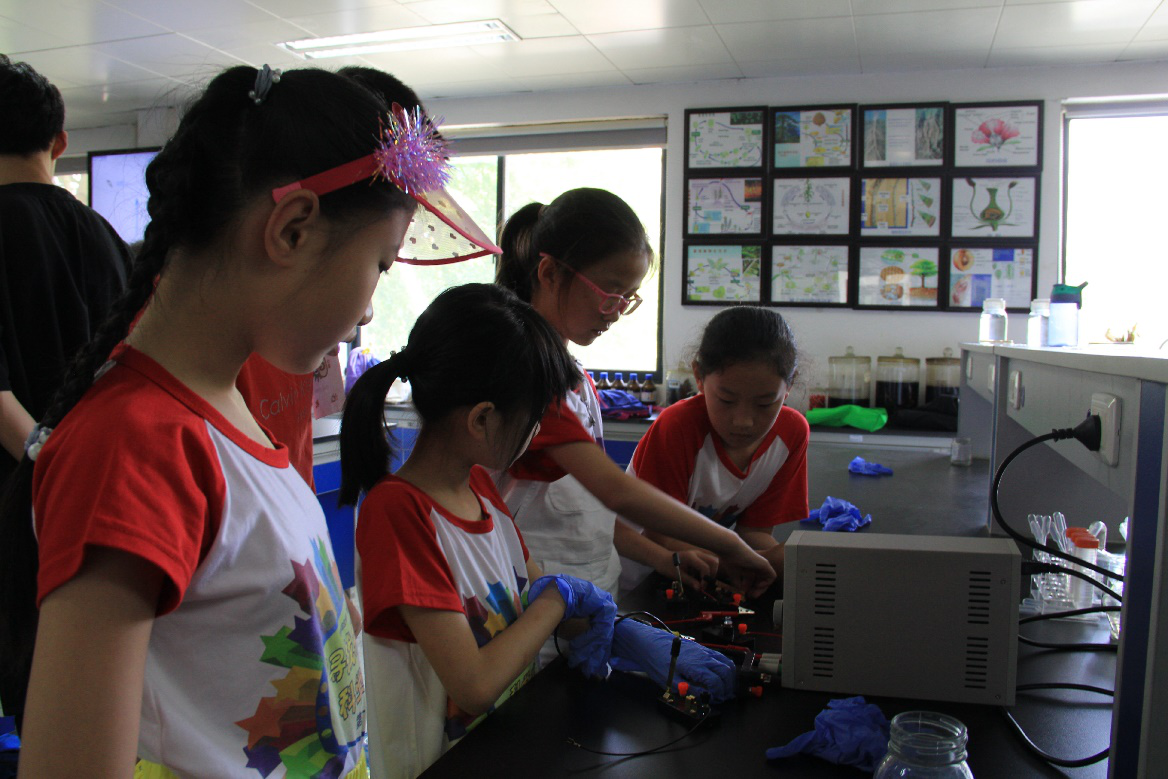 After that, we taught them the gram staining method and how to use microscope. It might be a little hard for them, but under our guidance they actually did a good job. 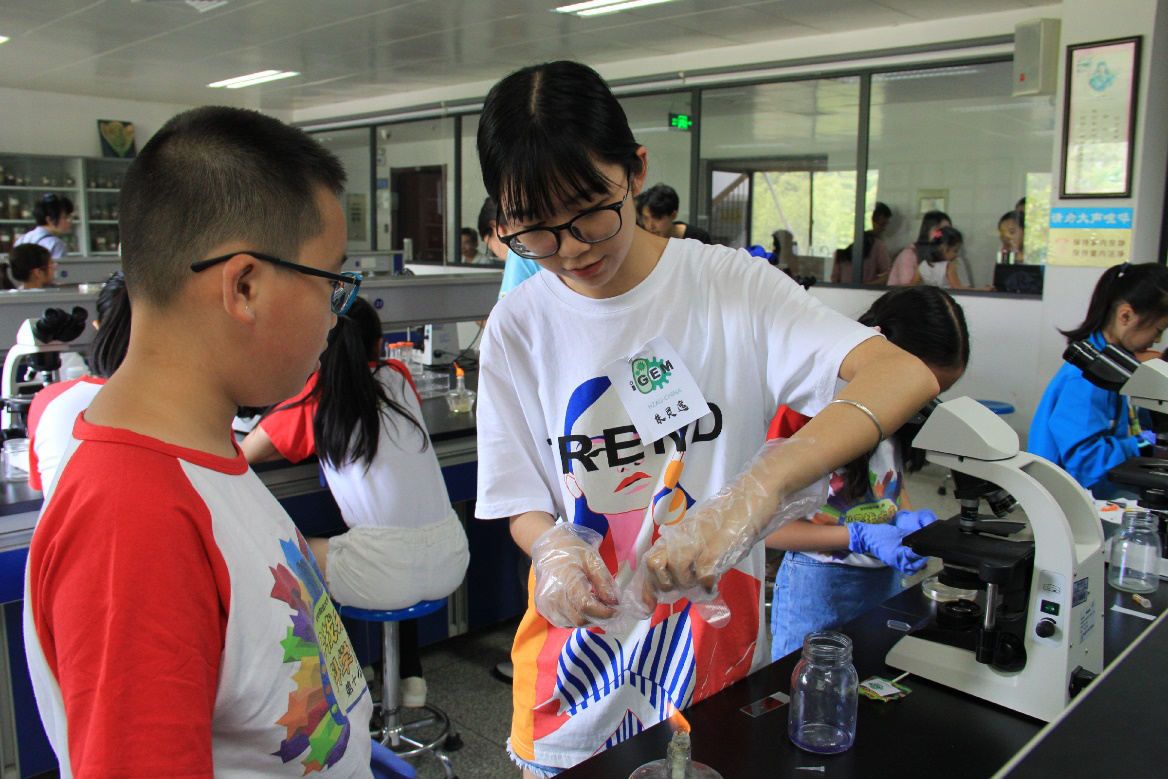 It was such a meaningful event that we received a lot of positive feedback from their parents. We are glad to see that many naive and creative thoughts were induced by these little kids. And fortunately, that's where our project came from.

Through this activity we see the wonderful creation of children, and how it shines in all its splendid way.

We will hold “future scientists” every year and attract more children interest in synthetic biology. 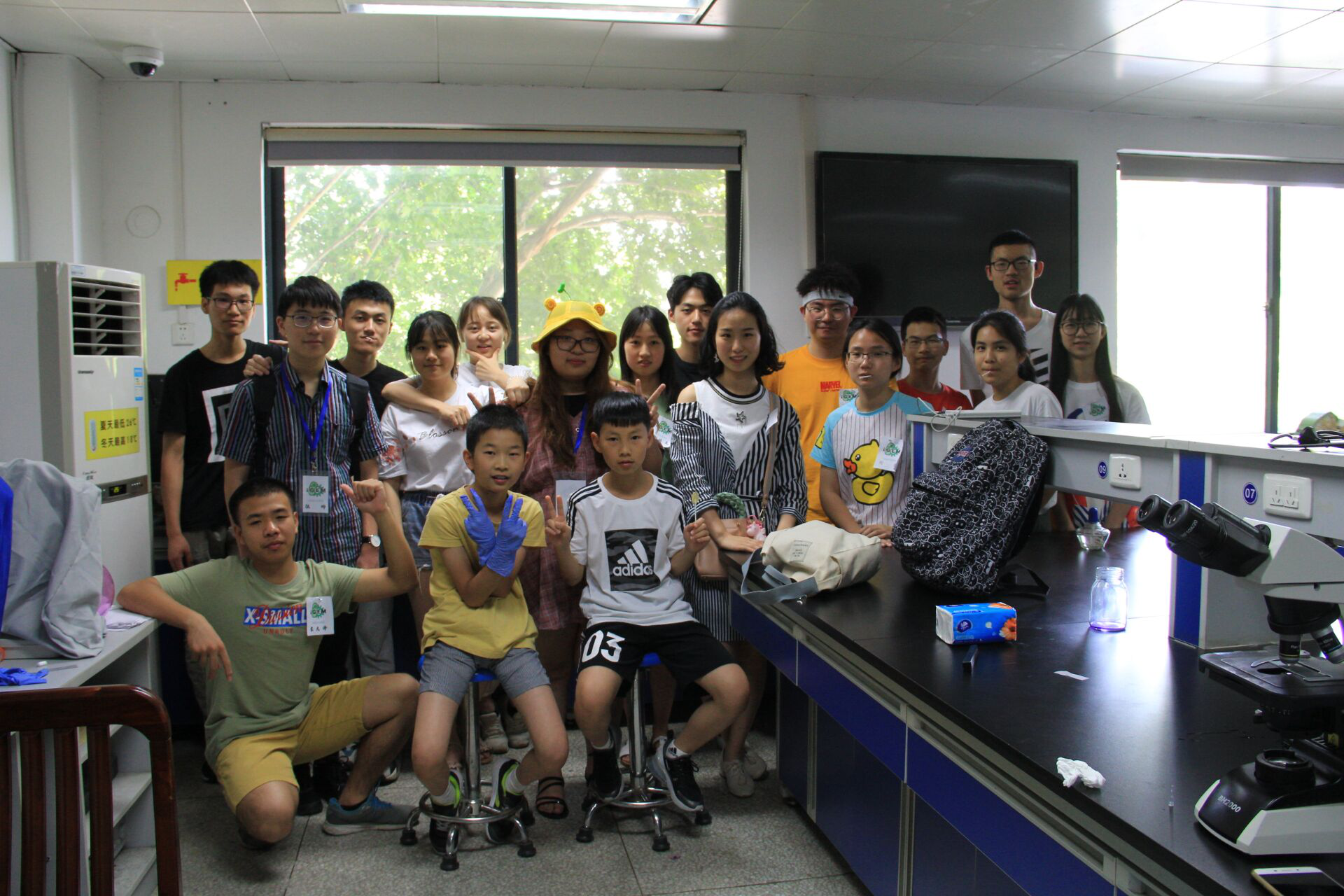 
Except for offline communication, we also started an online popularization of science for those kids living in remote places. The 40-minute online course carried children's yearning for science and it turned out a huge success.

The course has been prepared for nearly a week, and we showed kids the laboratory equipment they've never seen via this live video. We combined theoretical knowledge with experimental operation while teaching, and children got a better hang of synthetic biology and microbiology. It also served as a good way for them to experience the laboratory atmosphere. The kids were vigorous and they excitedly greeted our members while interacting.

This class is a new way for learning, it unlocked the secret garden of science for nearly 60 children and received praise and support from their parents.

1. Volunteer online teaching solved the problem of experimental equipment. Children were interested in this new learning mode and it's good for propaganda.

2. HZAU-iGEM cooperates with public welfare organizations to relay love and serve the society. Through this popularization, we intend to stimulate children's interests in science so as to better serve the society and expand our influence. 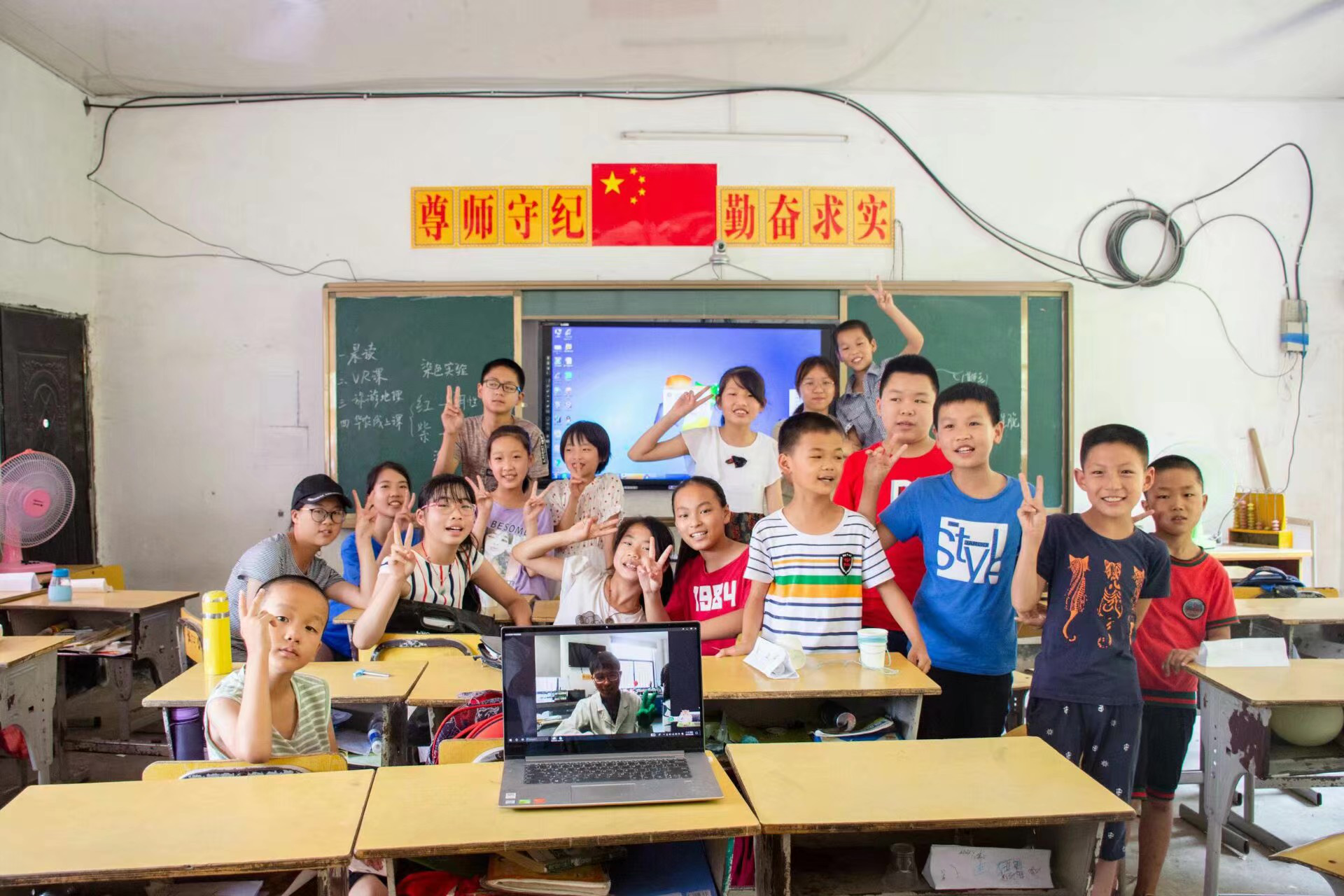 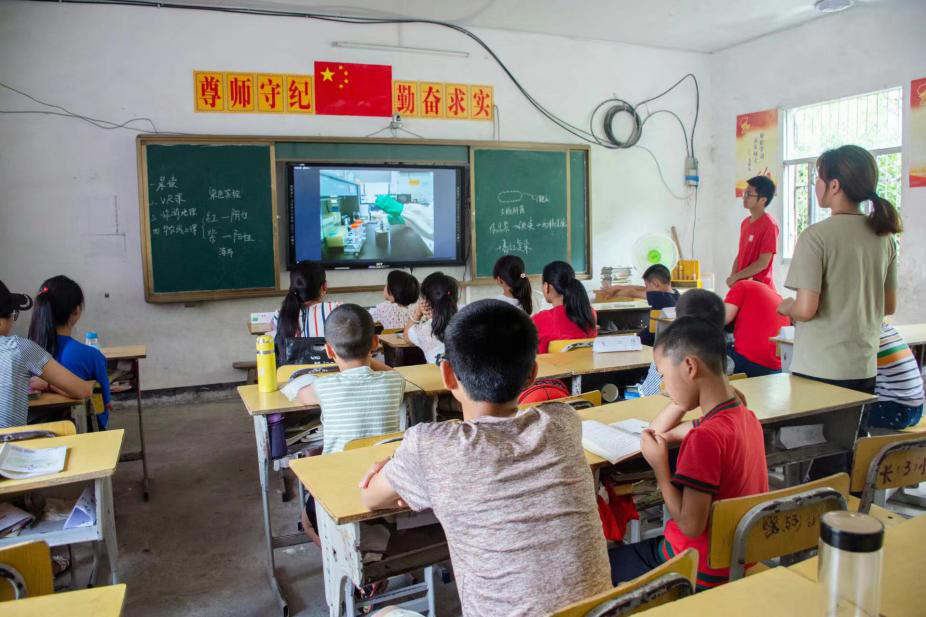 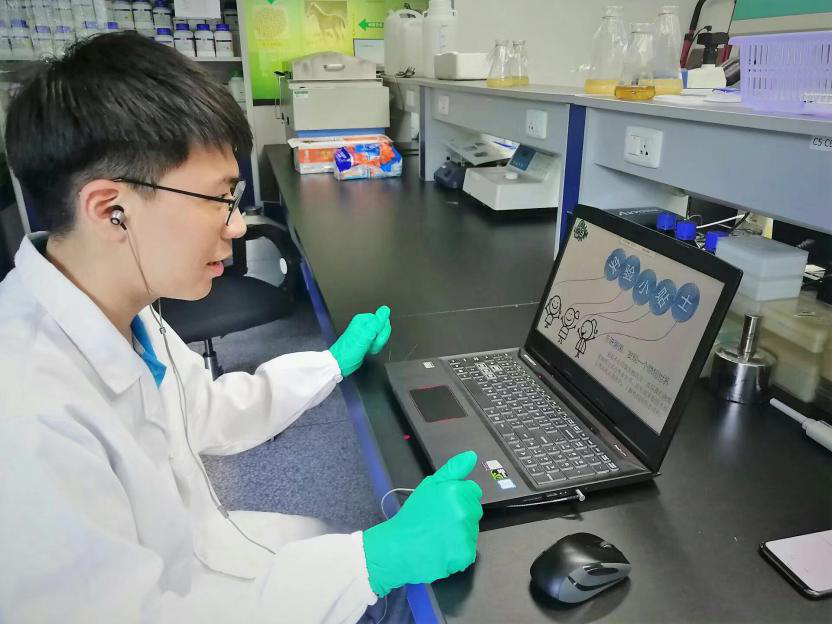 
In September, we held a freshman-oriented seminar to give publicity to our team.

Here is our poster: 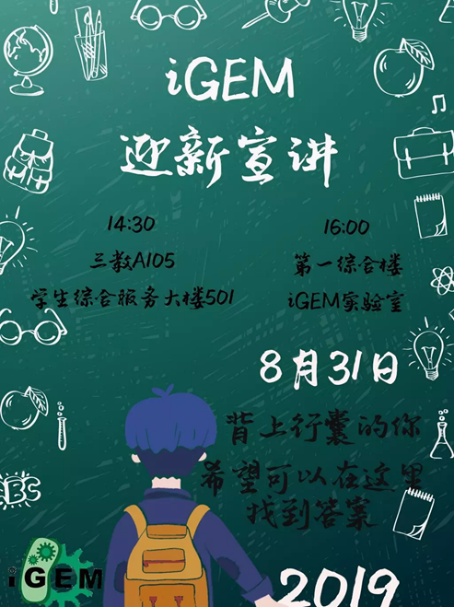 We mainly introduced the development and applications of synthetic biology, the iGEM competition and our members. And when we came to the part of our project, those young adults seemed particularly interested. We tried to make it clear and understandable at first, but some students started to pose a session of questions towards our genetic circuit that we were supposed to skip. We were glad to give a detailed introduction, and at the same time, it's also surprising to see that many of them have such a good biology basis and full of passion.

Then we strike while the iron is hot, a questionnaire was released. We asked about their special memory attached to scent as well as suggestions for our project. We received a total of 177 answers and they were all quite valuable. Some students have a hot spot for flowers while some longing to memorize emotional feelings like love via scent. Many special smell came from their childhood memory, which, is quite meaningful for our social impact. In addition to that, they also mentioned some areas we could apply to like VR, theater and advertising.

It is a great experience and surely will do a huge favor to our "Smell Once More" project. 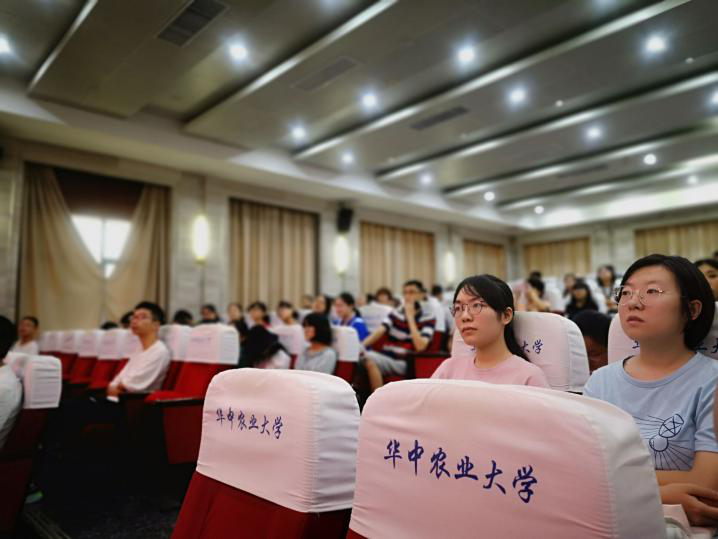 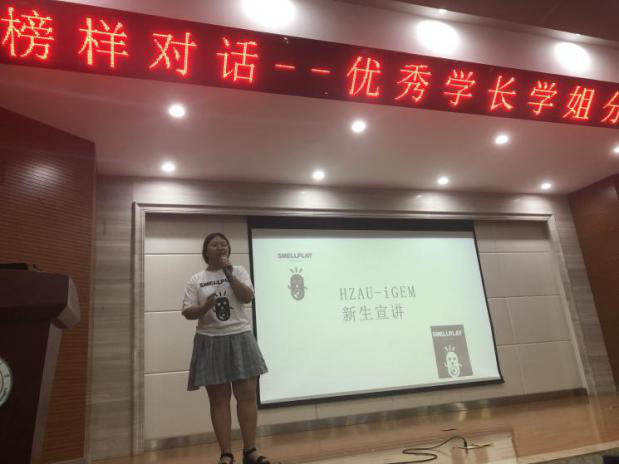 
In order to attract more people to synthetic biology and enhance our influence, we carried out several propaganda work coordination to achieve better results. Among all the approaches, using of WeChat and QQ official accounts for publicity turn out to be the best. Thus they have been our main platform either for education or interaction.

We started our first several tweets with the background introduction, which include synthetic biology, iGEM competition, team members and of course our project—"SMELL ONCE MORE". It might sounds like a bummer that we didn't have much followers at first. It wasn't until we sent a special tweet about a gel shaped in "I ♡ U" we made on Chinese valentine's day that we gained popularity.

Soon after, we started a series of tweets called “member talks”. Each member decides his own topic and gives a brief description of it. Topics cover all aspects in bioscience from frontier hot spot to fundamental research, or it could simply be sharing laboratory experience. We tried to make it more understandable and funny to read, so it would serve as a good torchbearer for novice of science. Besides, we would sent these tweets to a QQ group set up for freshmen, so that they could ask questions and communicate with us.

Except for that, we also issued our HP activity reports and questionnaire via these accounts. So the important events we held as well as our precious memory could be recorded and we could also receive suggestions from more than our campus. Our official accounts just like a bridge connecting the society and us, which is conductive to bilateral influence. 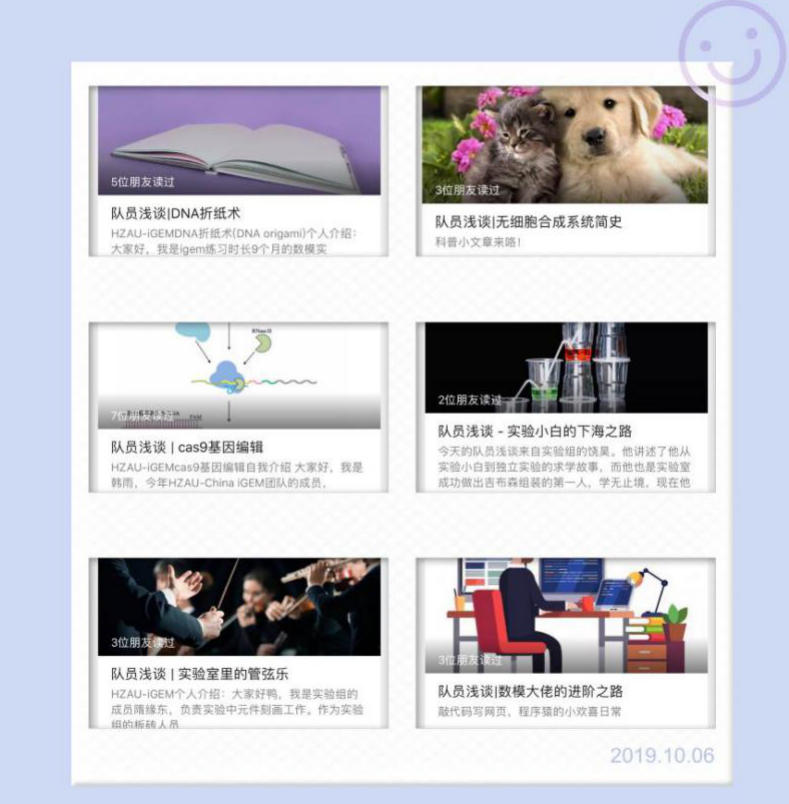 
Every child is an angel. They are the sum of all possible things in the world. But heaven and the human world are far apart. There are always angels who are accidentally lost in the world, waiting for a beam of light, a trace of warmth, melting the night and waiting for redemption.

Sense of smell plays an important role in indicating human health. When we develop a disease, our olfactory system may not be as acute as before. Through some research, we learned that many mental problems have a lot to do with olfactory such as depressive disorder, autism and Alzheimer's. Therefore, according to their olfactory degradation, some odor therapies have emerged one after another. In order to learn more about these diseases and expand our influence, we organized an activity facing autistic children.

We invited 12 autistic kids along with their parents over to our lab. And we prepared 3 activities which are smell game, microscopic observation and flower field visit.

In the first part, we started a smell game. We prepared 8 bottles of different substances(tabasco pepper, grapefruit peel, SaQiMa, ginger, chives, banana, spicy strip, mango). Volunteers were asked to guide the children sense these smells according to their will. We hope to testify their reactions to the different odors and try to ask them about their attitudes toward them. But unexpectedly, they were so immersed in their own world that few of them did take part. Maybe we should improve our game next time. 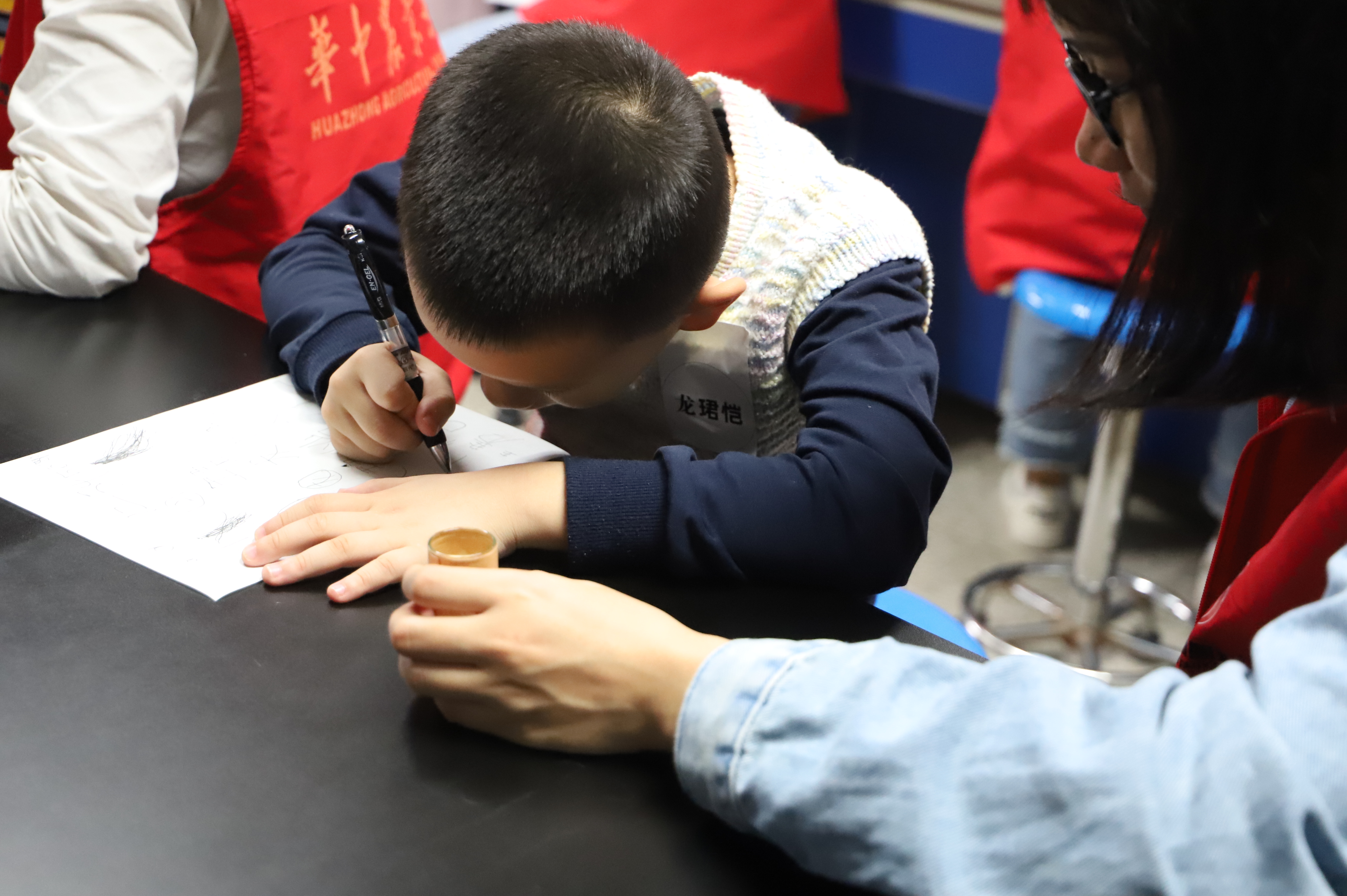 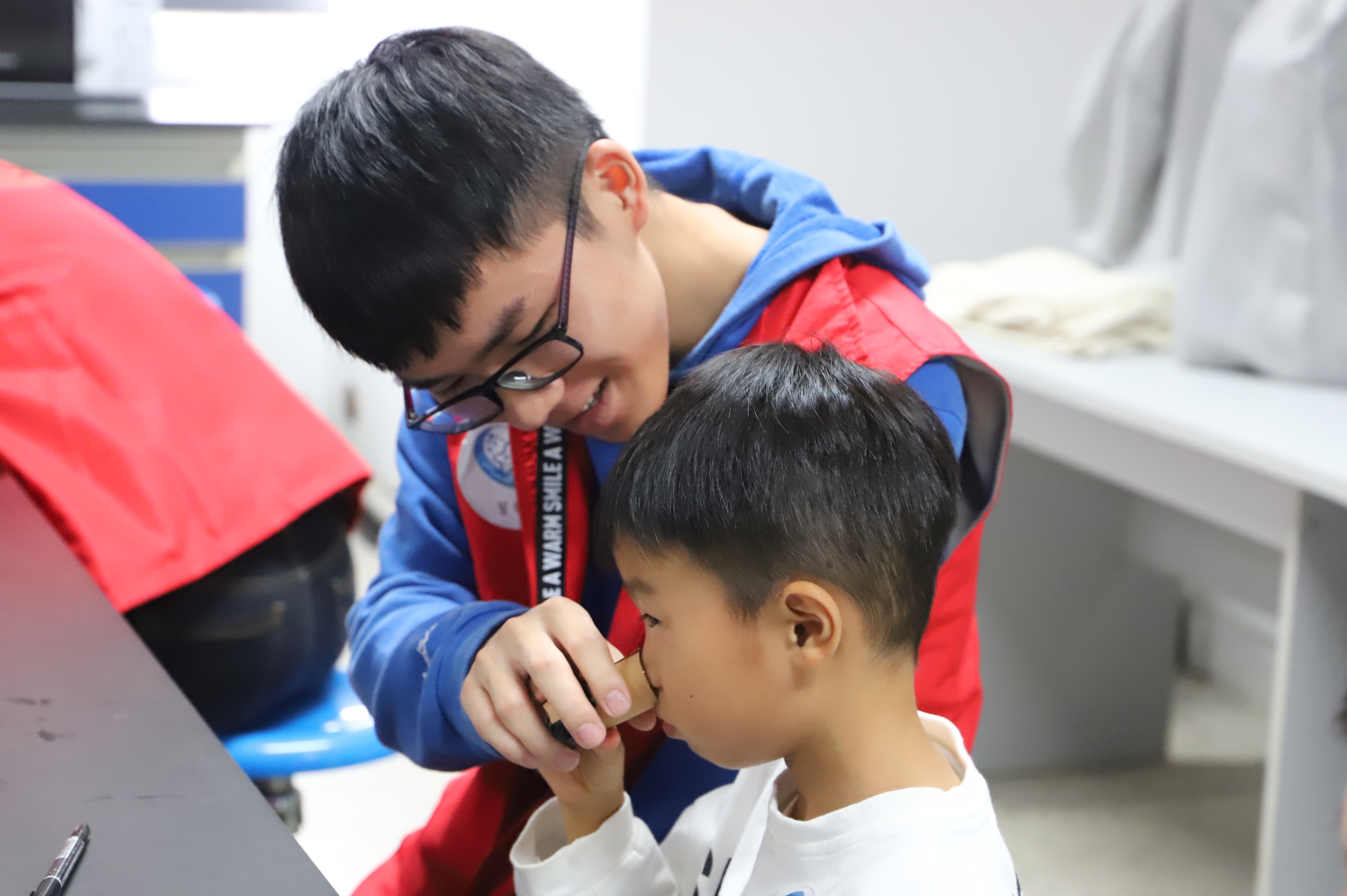 In the second part, we first taught their parents to use the microscope. We made slices of plat stem tips and bread mold. Under our guidance, parents were able to observe cells under the microscope. So that they could serve as teachers to teach their own child. These kids didn't talk much, but they were still curious about the microbial world. We were glad to see them enjoying themselves so much. 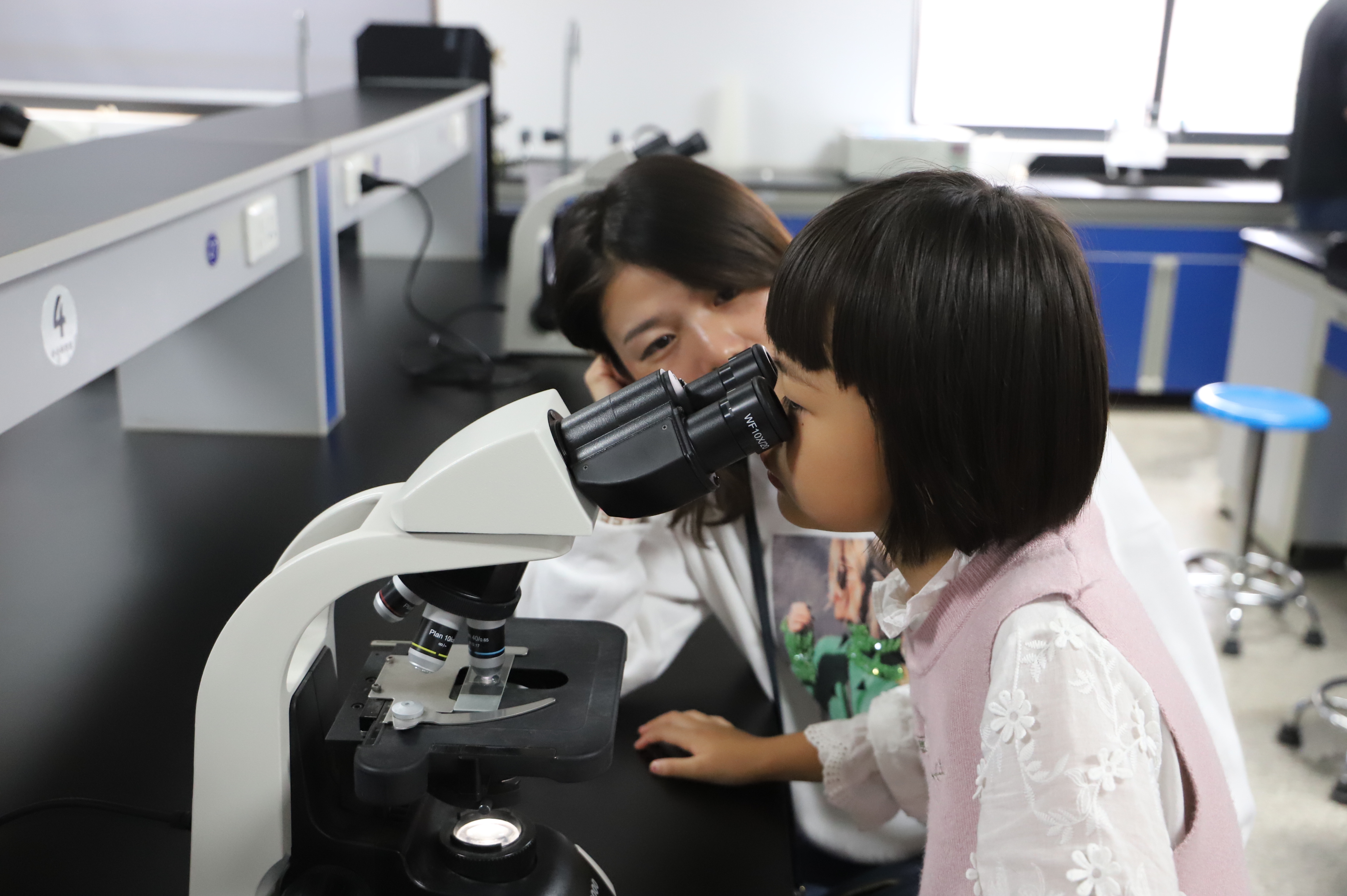 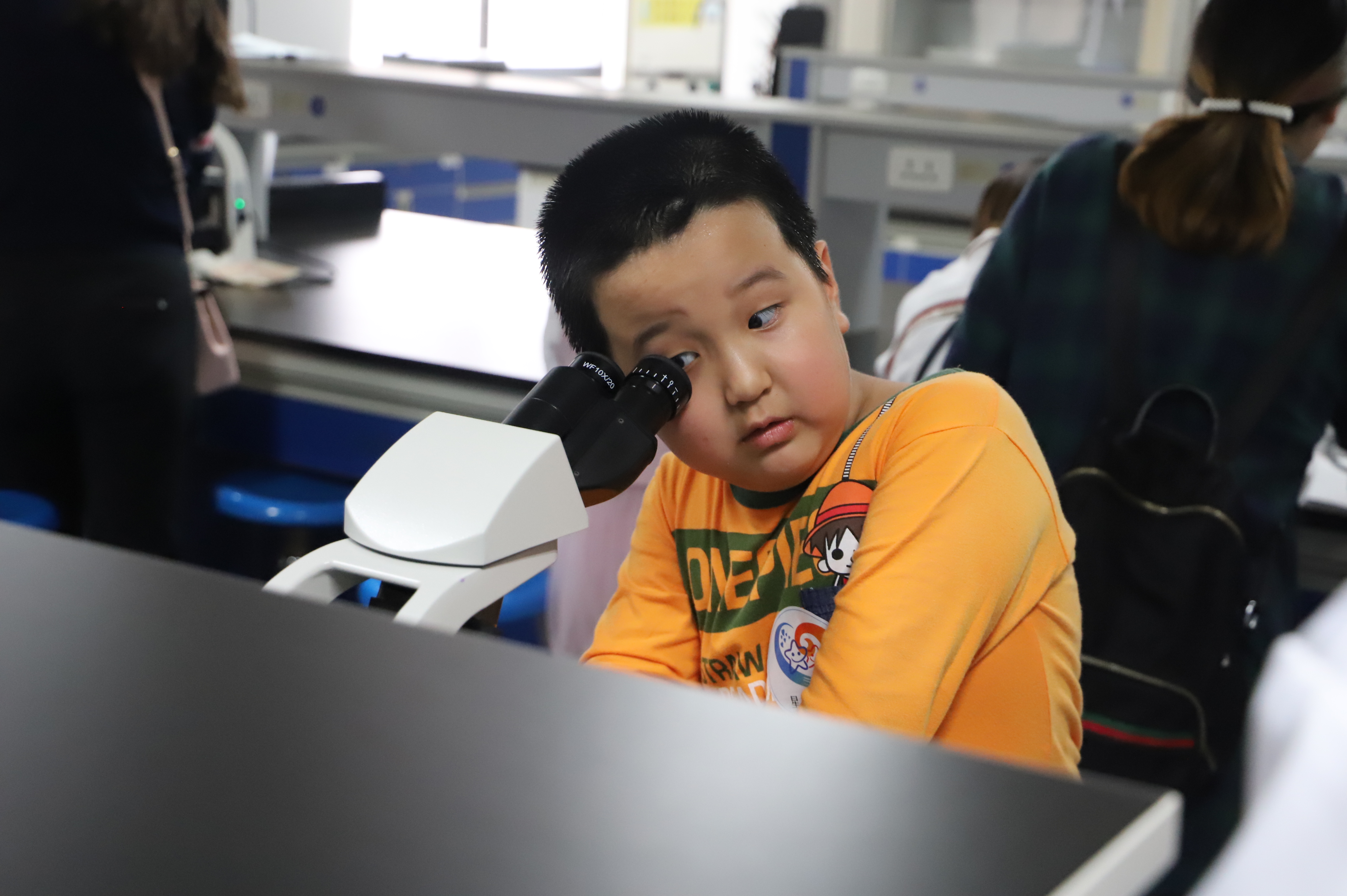 After that, we went to the flower field together. Seeing the sea of flowers they were so exited. We carried out a game called "seeing pictures and finding flowers" to stimulate children's thinking and strengthen their awareness of common things in life.

With this hands-on and strong activity, the children and parents were very satisfied with the trip expressed their willingness to participate for a long time.

We also hope to organize it into a long-term event, so that children with autism can have a new understanding of science and stimulate their interest in science.

This activity kind of changed our view on children with autism. They could be active as long as we pay enough attention to them. There is still a long way to go in fighting autism. It's not easy job but worth the efforts. 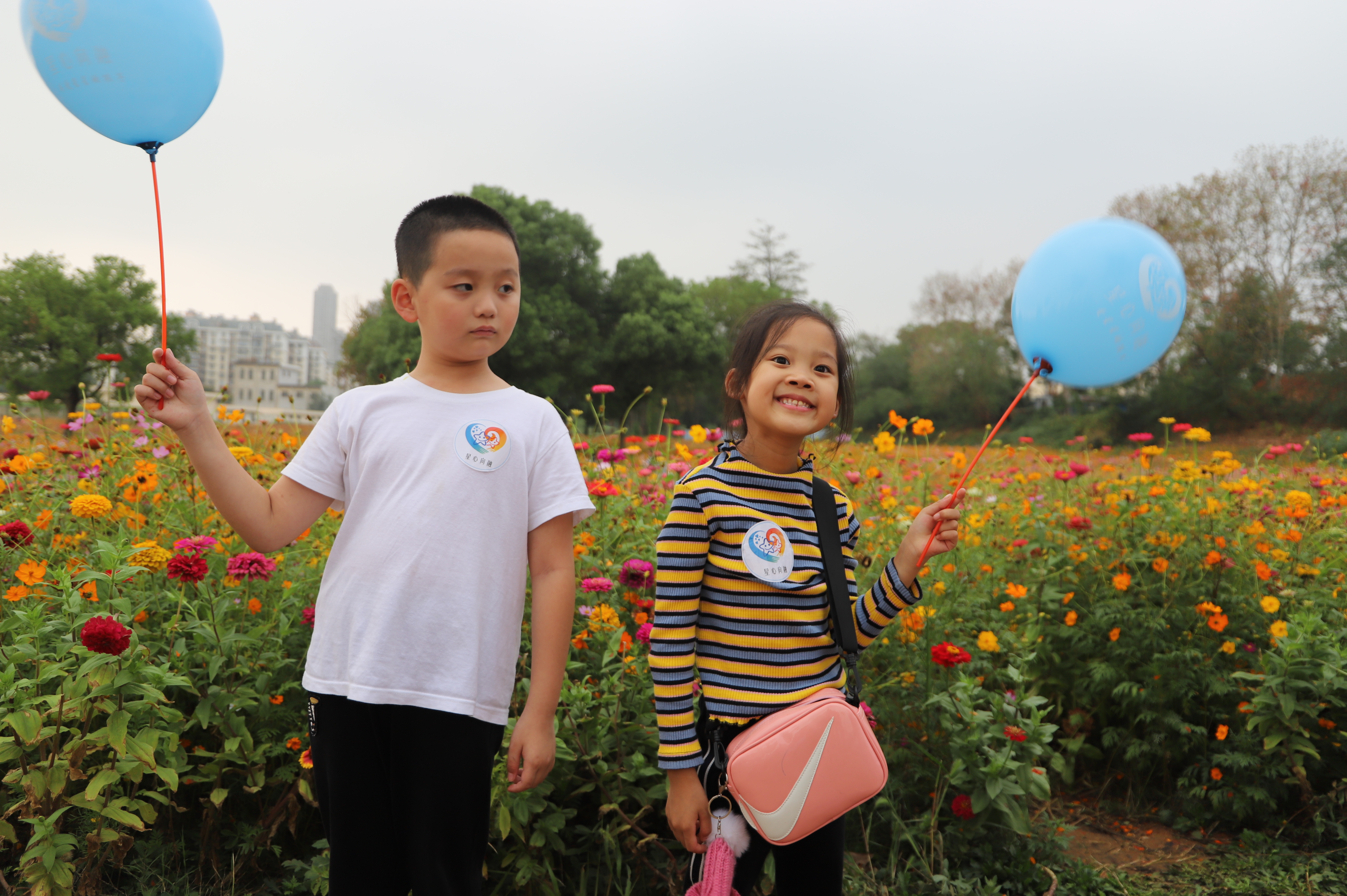 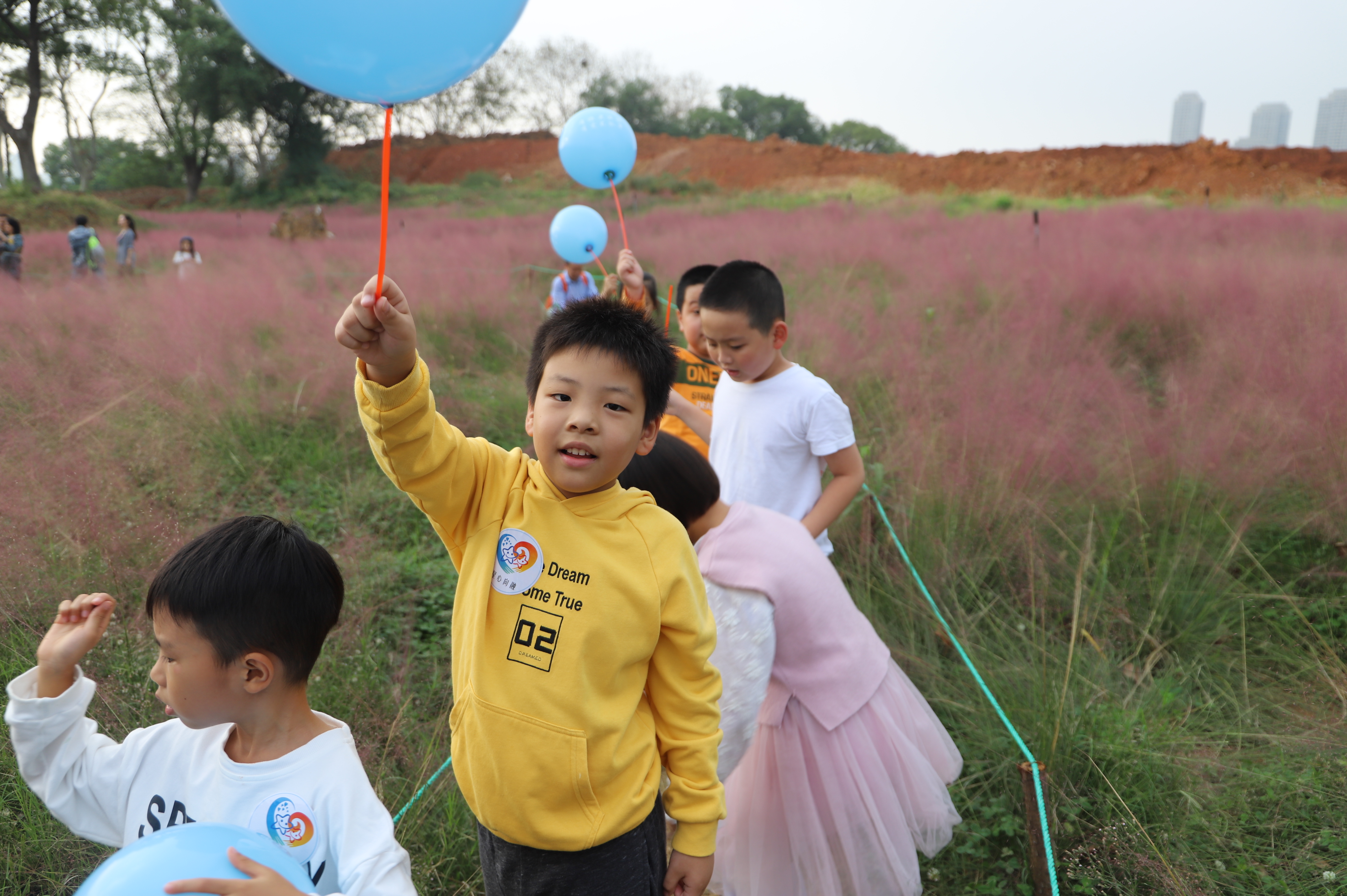