Pare is a AreR-regulated σ54-dependent promoter and can be induced by benzyl alcohol. This -12, -24 promoter is a part of are operon in Acinetobacter sp. Strain ADP1 and controls the expression of areC, areB and areA which are responsible for the sequential catabolism of benzyl alkenoates. AreR is a member of the NtrC/XylR regulatory protein family, controls the initiation of transcription of Pare. AreR protein has three main structural domains: A domain is responsible for signal reception; C domain is responsible for ATP hydrolysis and D domain is responsible for DNA binding. All of these are characteristic structures of the NtrC-type family of σ54-dependent transcriptional regulators. This σ54-type enhancer protein can bind to the repeat region upstream of the promoter after activated by benzyl alcohol or other aromatic compounds. The repeat region carrying two overlapping inverted repeat sequences and also known as the upstream activator site (UAS). In the case of cofactor-induced DNA looping and activated AreR presence, a closed promoter complex will be formed with RNA polymerase to turn on the transcription of downstream genes.

In this part, we express AreR with J23102 constitutive promoter, use Pare to regulate GFP expression and set this device in the E. coli DH5α cells. We verified the function of this part in different concentrations of benzyl alcohol and a significant difference in fluorescence intensity were observed. This part can be used for the detection of benzyl alcohol. You can also replace gfp with other genes for other signaling pathways that require benzyl alcohol induction.

We transformed this part into DH5α and pick three monoclonals from the same plate as parallel repeat, 10mL LB medium containing 170μg/mL chloramphenicol was used and the seed culture were grown at 37°C while shaking at 200 RPM overnight. Dilute the seed culture to 10ml with LB at a rate of 1:100. Culture the cells as above described until OD600~0.3, then different concentrations of benzyl alcohol were added and three parallel repeats were set for each concentration. Shake the bacteria culture bottle to make benzyl alcohol fully dissolved, add the sample to 96-well plate and cultivate in hybrid multi-mode reader (Synergy H1) with 37°C, 180cpm. The OD600 value and fluorescence value were determined every 30 minutes for 8 hours. Through data processing, the standard fluorescence value of each hole was obtained, and Figure 1. shows the results of three parallel repeat experiments. 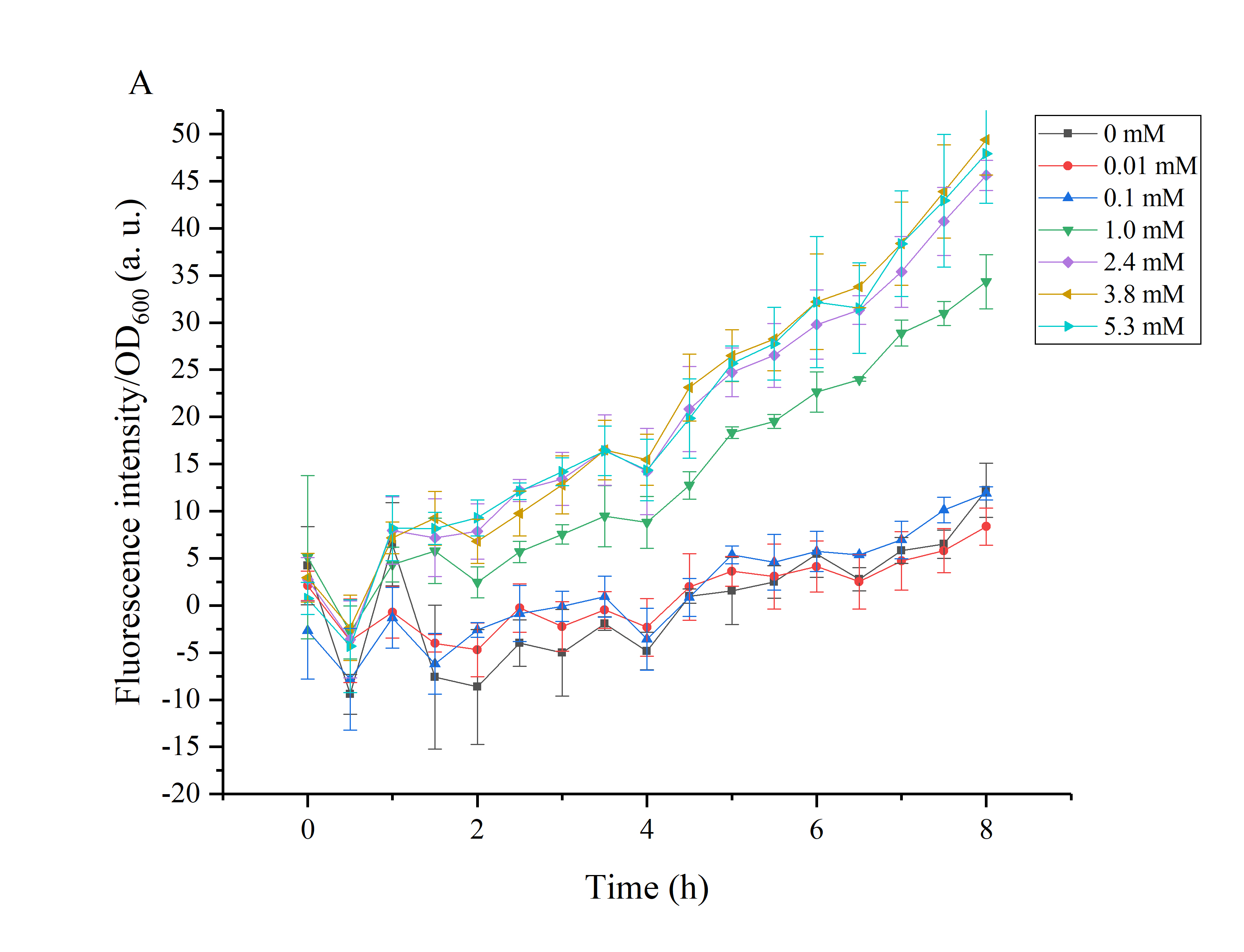 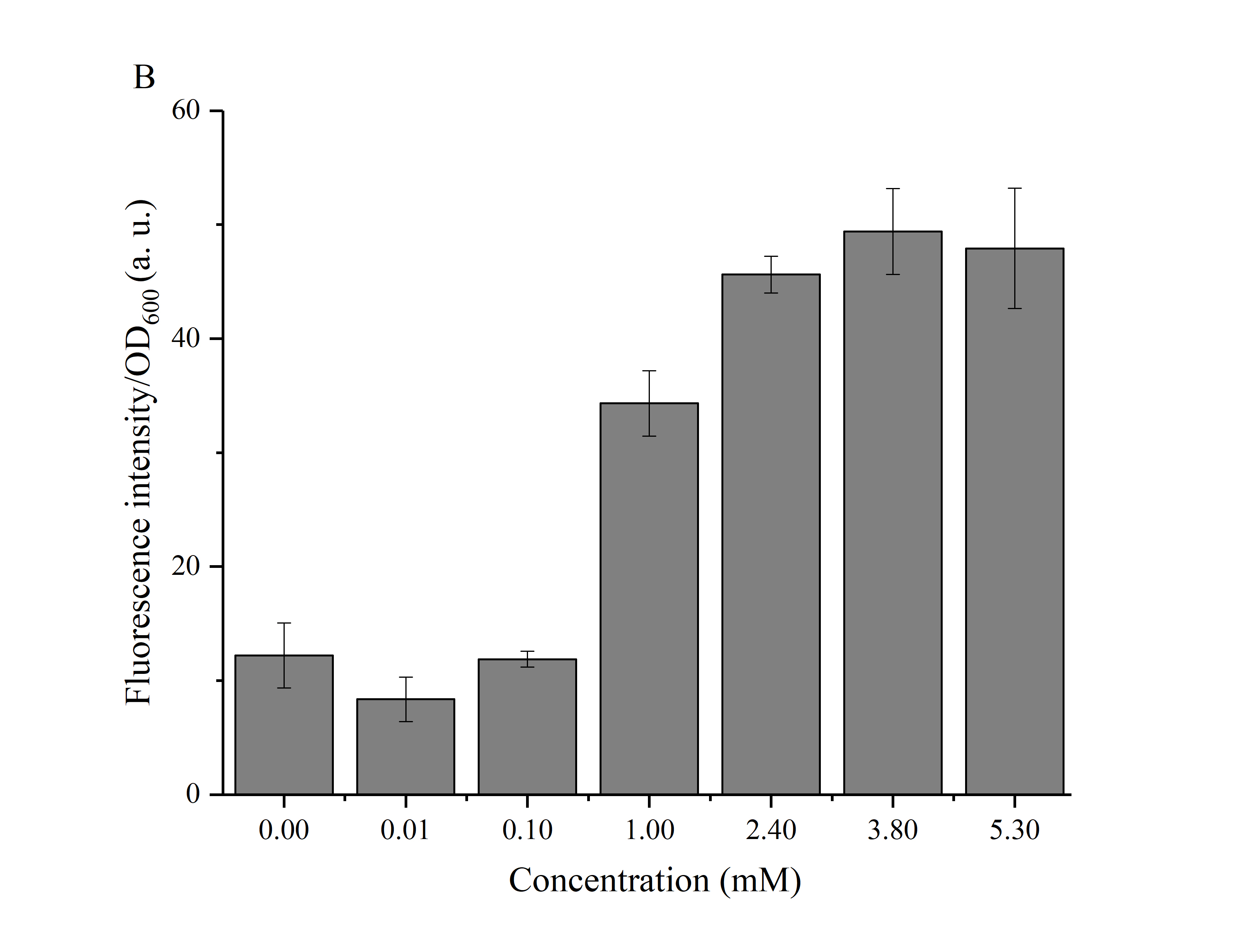 As can be observed from the above charts, the fluorescence intensity of each group began to show significant differentiation after about two hours of induction. When the induction time was up to eight hours, the highest fluorescence intensity was observed in the experimental group with 3.8 mM benzyl alcohol, with a difference of 4~5 times larger than the control group without induction. Therefore, we think that this part is serviceable and has a good performance in the perception of benzyl alcohol.