Previous characterizations of BBa_J04450 has shown that the promoter lactose BBa_R0010 has a non-negligible leak and so, express a significant amount of RFP without IPTG induction (Characterisation made by TeamGrenobleAlpes2018). This is the case in most strains of E. coli and can cause issue if you need to have a very controlled protein expression. 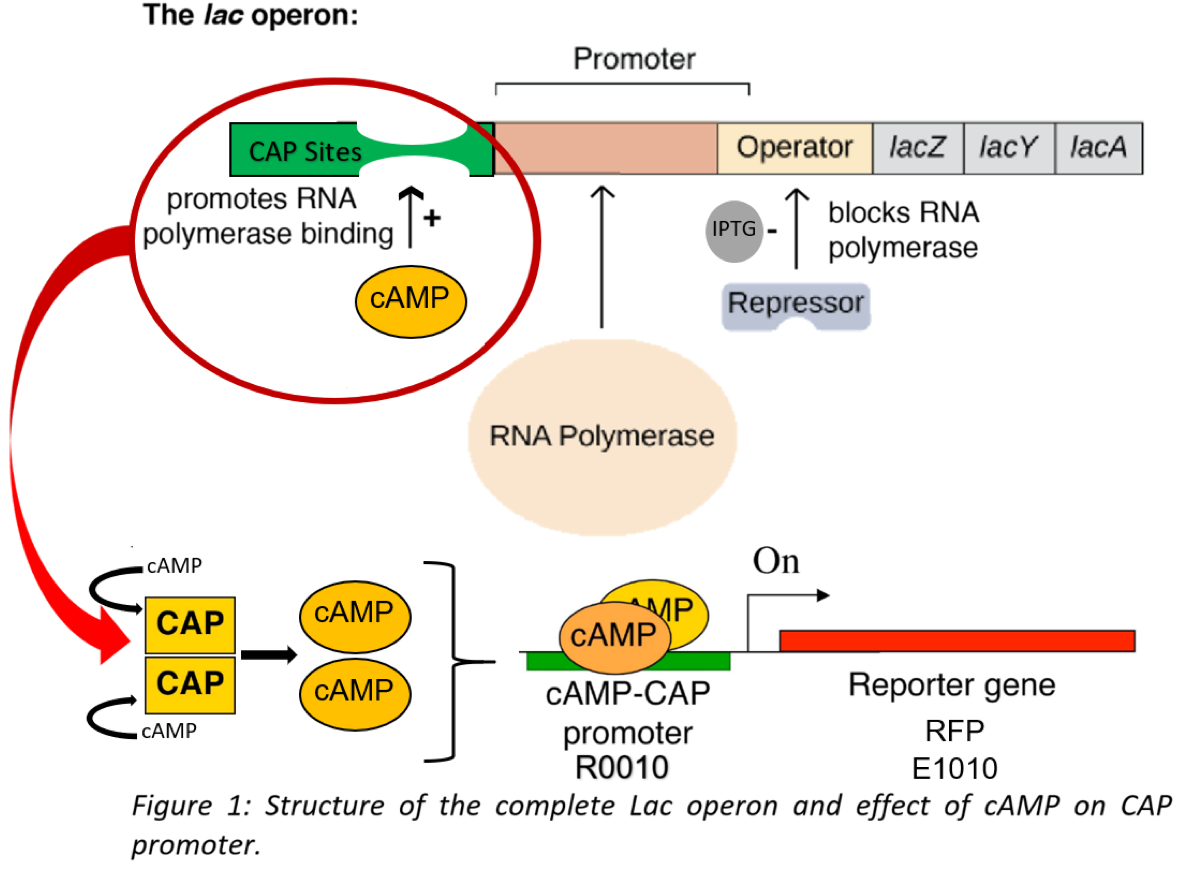 In standard conditions (without glucose as carbon source) cAMP is synthetized in large amount leading to permanent activation of the cAMP-CAP complex and as a consequence to over-expression of the following gene.

The goal here is to characterize the effect of cAMP-CAP on the promoter’s leakages. To do that we used the cAMP depleted strain BTH101. In this strain the cya gene has been deleted (cya-) preventing the expression of endogenous adenylate cyclase and so the production of cAMP.

A range of IPTG concentrations and several times of induction were tested. Relative Fluorescence Units (RFU) where recorded with an excitation wavelength of 561nm and emission wavelength of 588nm. The assay was performed in triplicate in a 96 wells NUNC plate.

DH5α transformed with BBa_J04450 and grown overnight on LB-Agar + chloramphenicol. 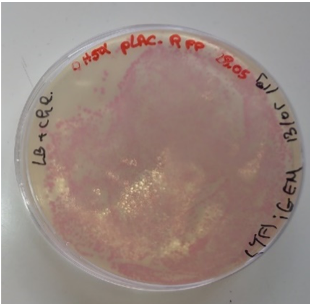 BTH101 transformed with BBa_J04450 and grown overnight on LB-Agar + Streptomycin and chloramphenicol. 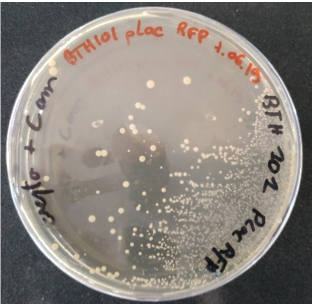 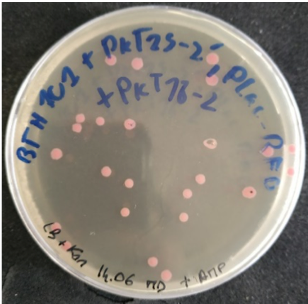 It is already apparent that without IPTG there is a visible difference between strains that can produce cAMP (DH5α and BTH101-Zip) when compared with the BTH101 strain that do not produce any cAMP.

The DH5α red colonies reveal a substantial RFP expression as the result of the leakage of the promoter.

BTH101 has white colonies indicating that no RFP was produced. This data suggest that the promoter does not leak in that condition.

Table 1: Means of triplicate with standard derivation (σ) for each condition. Excitation 561nm and RFU was read at 588nm. 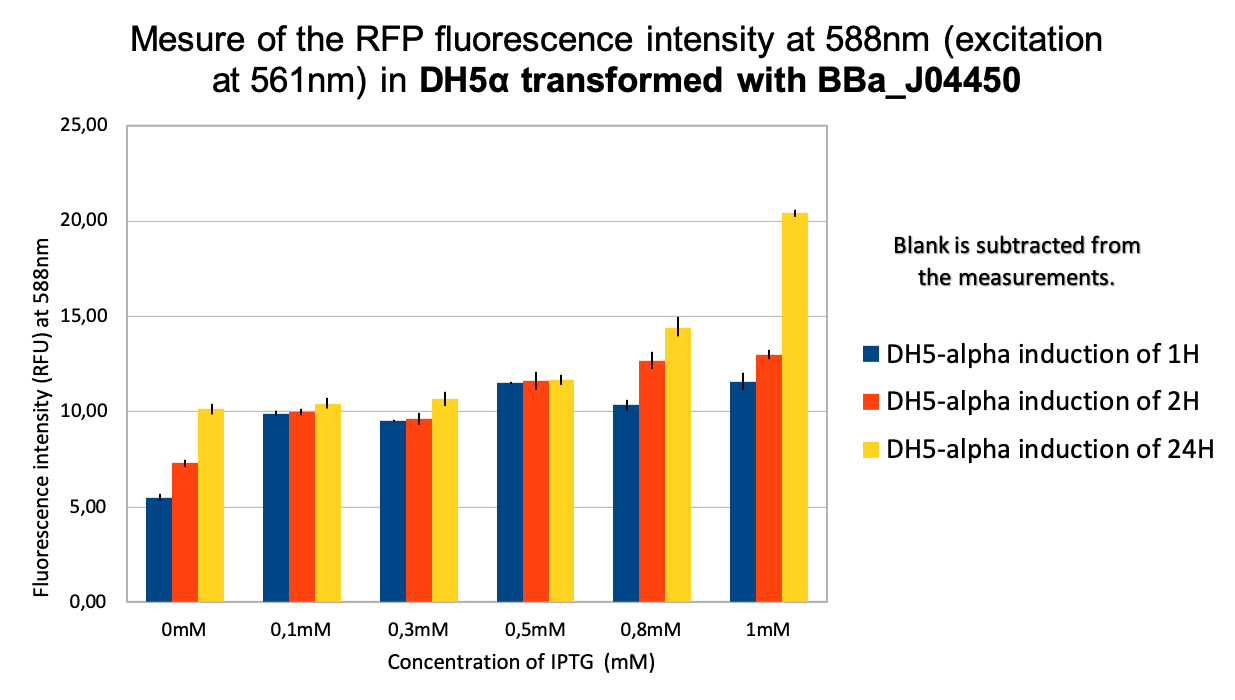 In a strain producing endogenic cAMP the lactose promoter has a non-negligible leak which triggers RFP expression even without any IPTG induction. The amount of RFP increases over time and IPTG concentration. Furthermore, the longer the induction time the greater the effect of IPTG seems to be.

Table 2: Means of triplicate for each condition. Excitation 561nm and RFU was read at 588nm. 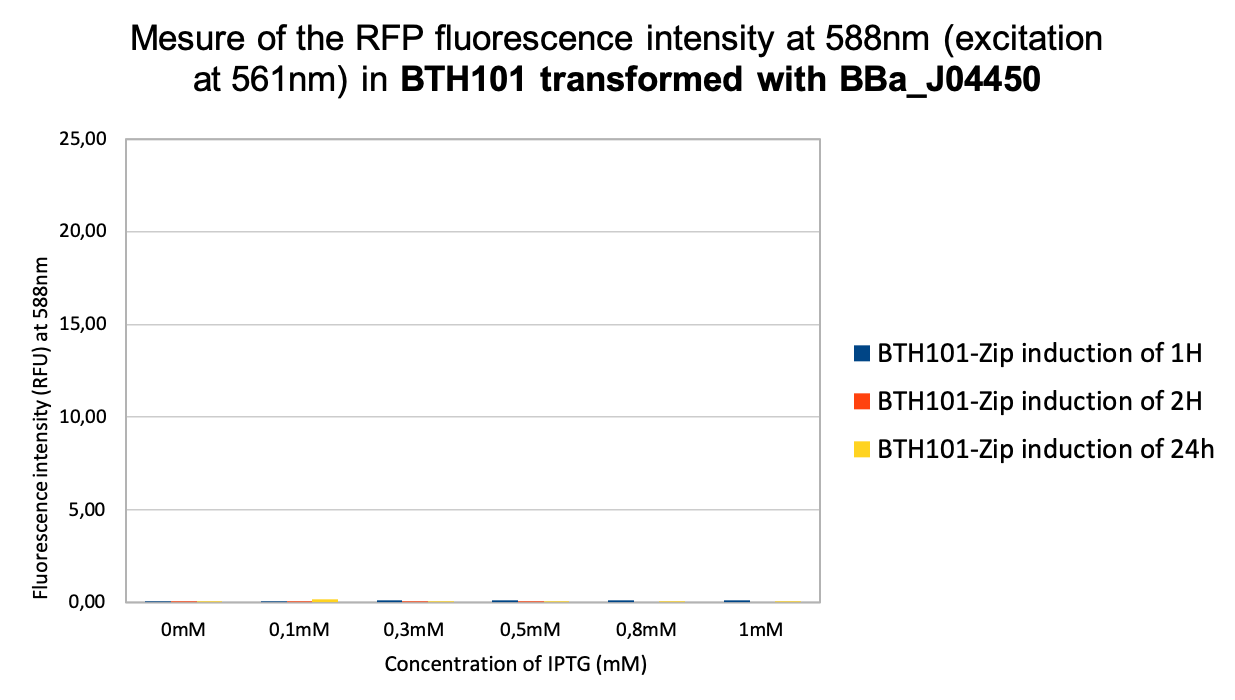 Strain without endogenous cAMP synthesis has a basal expression lower than the strain that can produce endogenic cAMP.

Neither time nor IPTG have any effect on the RFP expression probably because no lactose promoter activation occurs.

The data suggest that cAMP is essential for the transcription of genes located downstream the lac promoter unlike IPTG.

Table 3: Means of triplicate for each condition. Excitation 561nm and RFU was read at 588nm. 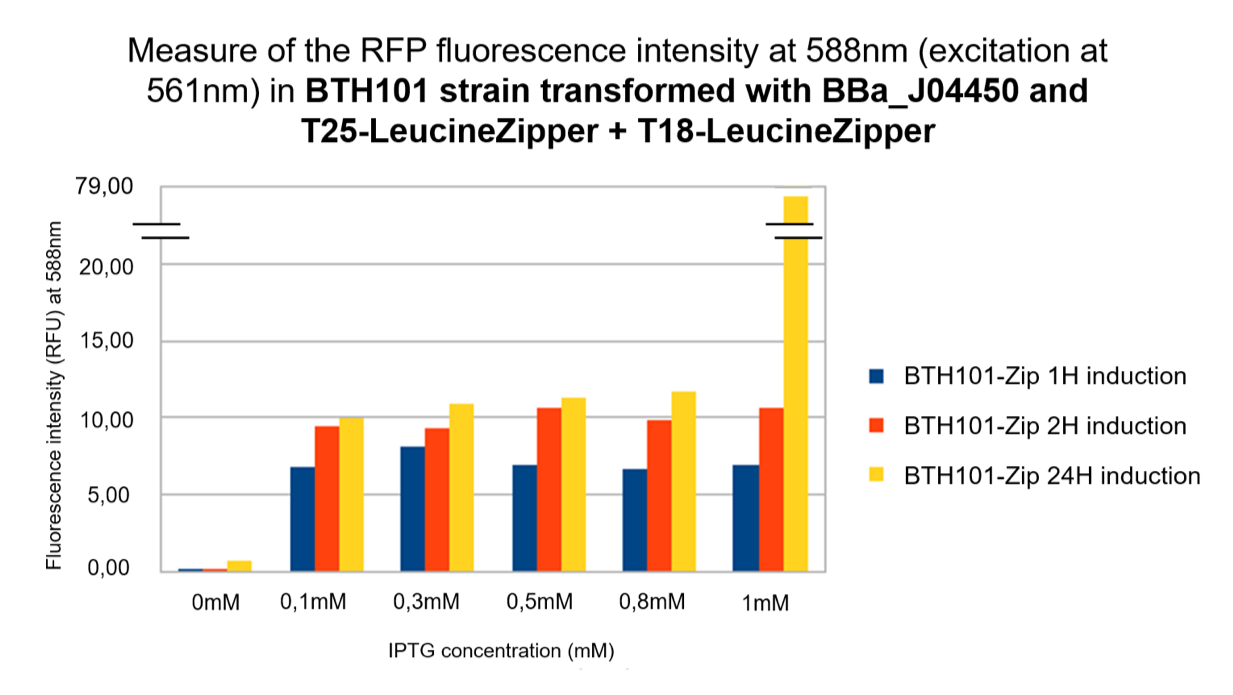 When the adenylate cyclase activity is restored, cAMP is produced as shown in the BTH101-Zip strain. The level of expression of RFP is comparable to that obtained in DH5α strain indicating that cAMP is an essential factor for transcription under the control of the lactose promoter.

The endogenic and uncontrolled production of cAMP is the cause of the leakage. As a consequence, making the cAMP production dependent on the presence of IPTG the leakage is greatly reduce in this strain.

Because T18-Zip and T25-Zip are under an IPTG inducible promoter they express very low level of RFP in absence of IPTG (very few T18 and T25 are expressed and so very few cAMP are produced). 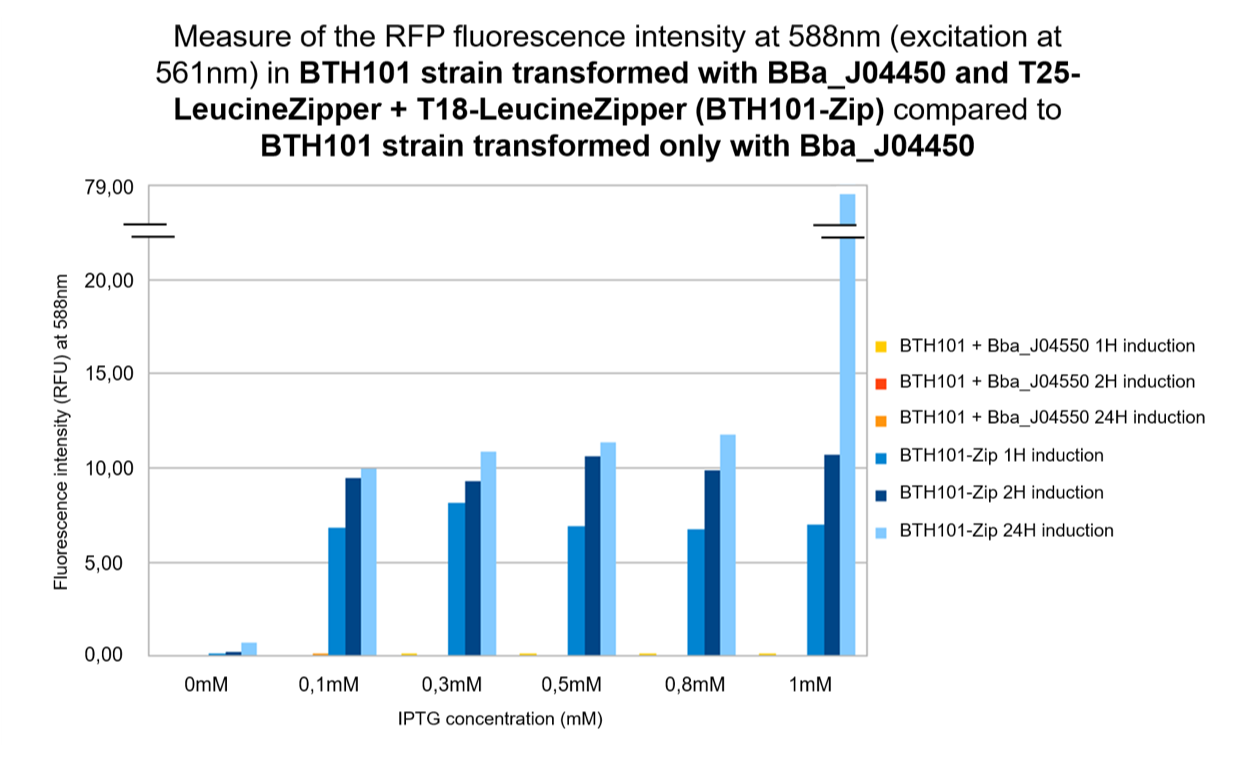 RFP expression by BTH101 with or without cAMP shows that without cAMP, the lactose promoter has almost no leakage suggesting that the leakage of the lactose promoter is due to cAMP in absence of IPTG. When the cAMP production is restored the promoter is activated and the protein is expressed. It is also interesting to note that with the BT101-Zip there are very little protein expression if no IPTG is added.