This year, our team worked on developing an innovative, but also effective and affordable way to synthesize aptamers in vivo. More specifically, we suggest a system based on the directed evolution of aptamers guided by in silico design. Our project aims at the creation of a genetic system, which will introduce random mutations in a known aptamer and select the ones with the highest binding affinity to the chosen target molecule. The initial sequence of the aptamer will be designed using bioinformatic systems and subsequently, the project will be realized through the experiments we will carry out in the lab (wet lab) and with the help of computer design (dry lab).

We present to you our proposal:

First of all, for our chassis, we chose the bacterium E. coli, DH5α strain, which is a universal, well-studied and biosafety-level 1 organism.

Our genetic circuit is composed of the following modules:

1. Aptamer - Ribozyme complex (Aptazyme): The aptamer sequence is connected to a hammerhead ribozyme (HHRz), and together they constitute an aptazyme. When the aptamer binds to its target molecule, the change in the conformation is expected to enable the activation of the HHRz, thus catalyzing the abscission of one RNA part from the aptazyme. This RNA will regulate the function of the selection module, which will be described later.

2. Mutator Module: A mutator module that drew our attention was EvolvR. EvolvR is a recent discovery in the field of in vivo directed evolution (Halperin et al., 2018). It consists of a modified CRISPR system, where a chimeric peptide (fidelity-reduced variant of E. coli DNA polymerase I - PolI3M) is fused to a nicking Cas9 (nCas9) protein. The gRNA binds to its target sequence, and the CRISPR system is assembled, thus enabling mutagenesis in the range of about 17 nucleotides after the nicking site. In this way, random mutations will be inserted into the aptazyme gene, focusing on the aptamer sequence and, thus, minimizing off-site, undesirable mutations. In our pursuit to create the best possible mutator system, we kept with on our research of the existing literature and resources. Finally, we came across an RNA-guided DNA endonuclease from the Acidaminococcus sp., Cpf1! Cpf1 functions in a similar way with Cas9, however, it has properties that allowed us to overcome the limitations we faced with EvolvR! Read more on our Design page!

3. Aptamer selection system (antibiotic cassette): we implemented an inducible transcription system, which is regulated by the RNA released from the bound aptazyme. Activation of this system initiates the expression of a cassette containiing two antibiotic resistance genes, which allows for selection of the cells that carry aptamers with more favorable mutations.

MEDEA couples the power of computational design with efficient laboratory techniques and approaches. Therefore, both the dry and wet lab stay in close contact to achieve the end goal. In general, the process of MEDEA is shown in the figure below. 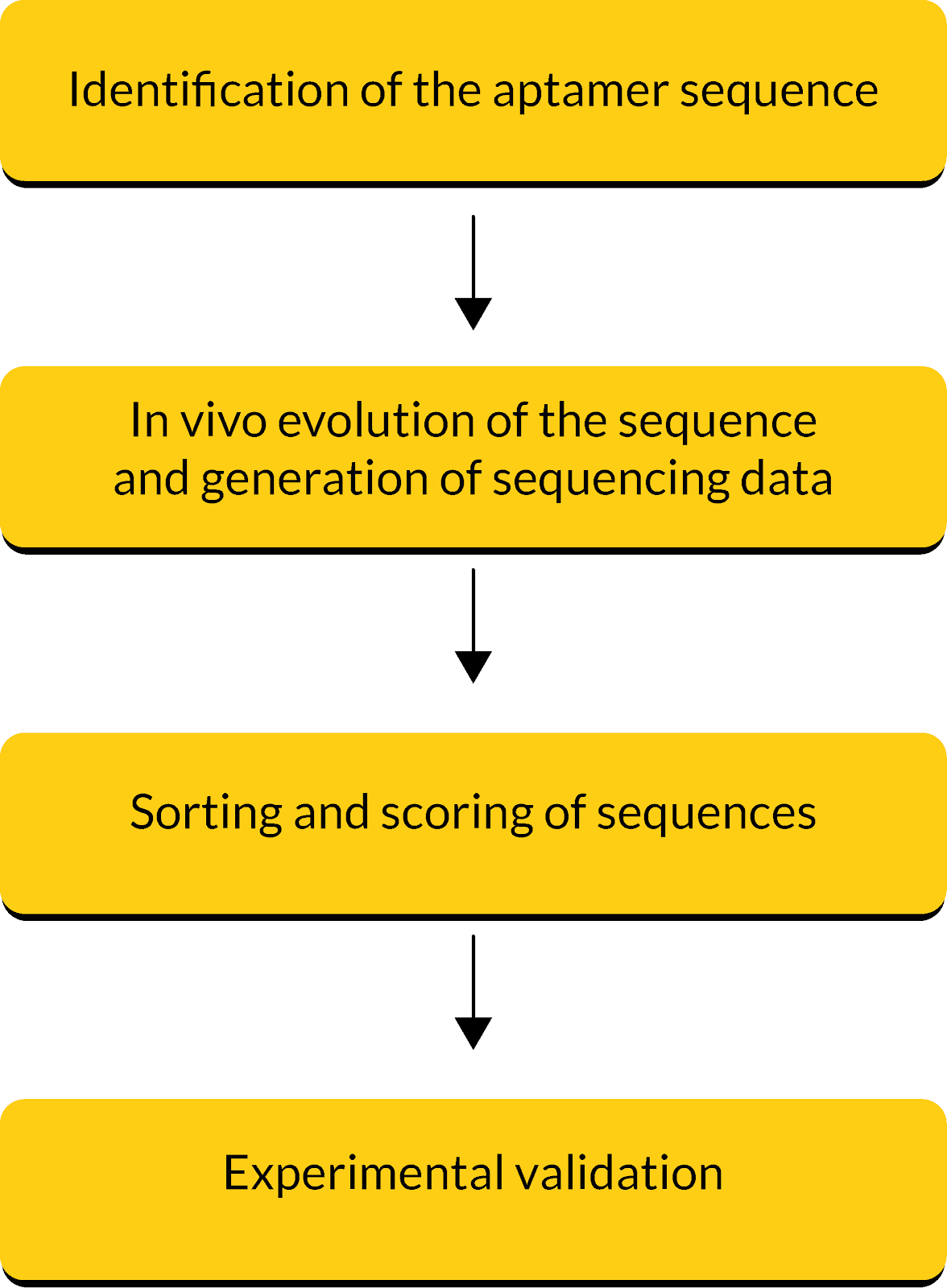 The dry lab’s work mainly focuses on the following points:

1. Modelling of the aptamer's directed evolution: this step required the creation of software. Our program accepts a dsDNA sequence as input, transcribes it into its corresponding RNA aptamer and, eventually, by implementing structure prediction and docking software, calculates the chemical affinity of the aptamer to its target molecule. Afterwards, random mutagenesis takes place on the aptamer gene, and the whole process is iterated, until the affinity reaches a desired value threshold or above. Therefore, part of our software can be categorized as a genetic algorithm.

2. Molecular dynamics: the best results from the previous calculations are funneled to a molecular dynamics algorithm, in order to predict the interactions between the aptamers and the cellular components.
3. Modelling of the biochemical parameters: we also created a model based on non-linear Ordinary Differential Equations (ODEs) in order to ensure the correct regulation of the biochemical molecules, in accordance to their kinetics.

1. Directed evolution of the aptamer sequence: An initial aptamer sequence for our target molecule of choice is subjected to our mutagenesis system. The system is expressed and functions in a "smart", independent - yet controlable - manner, requiring minimal external input.

2. Selection of optimally evolved aptamers: the accumulation of favorable mutations at the aptamer sequence, which allow it to bind with a higher affinity to the target, activates the expression of an antibiotics resistance genes cassette. Only cells expressing desirable aptamers will survive and grow in the presence of these antibiotics and can, therefore, be easily selected. What’s more, changing the concentrations of antibiotics in the cells’ environment actually allows us to control and adjust the stringency of the evolution pressure.

3. Sequencing and Aptamer characterization: Plasmid DNA is extracted from the selected cells and the evolved aptamer is sequenced. Voltometry is used to assess the aptamer’s binding affinity to the target molecule.

For our experiments and proof of concept, we opted for the aptamer of CRP, which is a relatively simple molecule. In order to select our target molecules, we took into serious consideration two parameters; the existence of aptamers for that target, which will serve as control, and the target’s physical and chemical properties, in order to minimize changes due to E. coli’s alkaline intracellular environment. Our goal was to prove that we can increase the affinity of our aptamers with the least initial affinity, so that they will bind as well as (or even better) the most efficient already commercially available aptamers.
As for our everyday workflow in the lab, we tried to organize and, in a way, standardize the individual tasks in order to maximize our efficiency. We made our system modular so that our tasks could follow a straightforward general order, whose abbreviation is ALT SEL-X (very appropriate for our case!). ALT SEL-X stands for Amplify - Ligate - Transform - Stir - Evolve - Lyse! Read about ALT SEL-X in detail in our Methods page!

Besides our scientific, lab and computational adventures, we devoted a great amount of time and energy to what is equally, if not more important; Human Practices. We sought to communicate our work to a wider, diverse audience, while we set out to explore the bioethical, business and biosafety extensions of what we do. Find out more on our Human Practices Page.

Our team went through a long process of multiple brainstorming sessions and research of the existing literature before deciding on our project. The final decision was made between three nominated projects and was based on parameters such as creativity, originality, plausibility (according to existing literature and the members’ knowledge background and skills), possible applications and overall impact, and last but certainly not least, our personal preference!

Aptamers are small molecules, either oligonucleotides (RNA or DNA) or small peptides that bind specifically to a target molecule. They can be likened functionally to antibodies and their intrinsic characteristic of binding to specific molecules offers them a wide variety of possible applications, for example, in Medicine (diagnosis and treatment of diseases), Industry etc. As their molecular weight is far smaller than that of antibodies, the cost of novel aptamer production is, in comparison to antibodies, greatly reduced. Furthermore, there are applications where the use of a molecule that exhibits specific binding is desired, but antibodies are not adequate, owing to their large molecular weight. For instance, aptamers can pass through the blood - brain barrier, and exhibit lower antigenicity. Given the aforementioned properties of aptamers, they are an attractive research subject, which could have serious implications regarding access to medicine and open access to research. What’s more, time is key, and we find additional motivation for our work in a plethora of pressing issues. As Nikolas is an avid neuroscience fan, he was disappointed when another possible Alzheimer’s disease drug failed to pass clinical trials. Jason P., a travel enthusiast, is concerned about the neglected problem of snake venoms, which pose a great problem in the developing world. Anna on the other hand sees in aptamers a possible solution to rheumatic diseases that still place a huge burden today. All of these issues could or have been tackled using aptamers - now we just need to accelerate aptamer research in order to give future generations a better world to live in.

Hover over the icons to explore the various applications of aptamers! 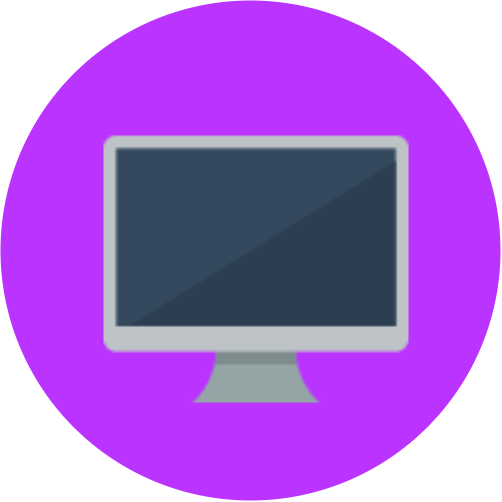 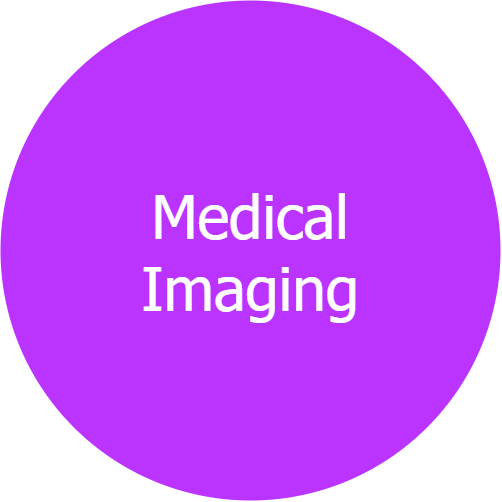 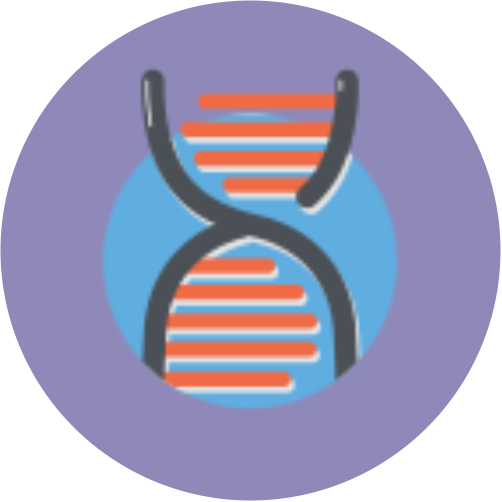 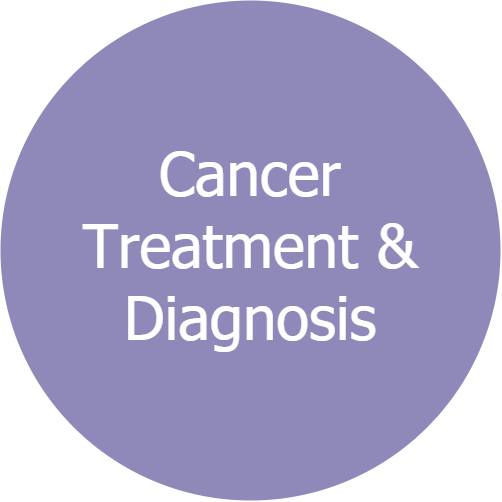 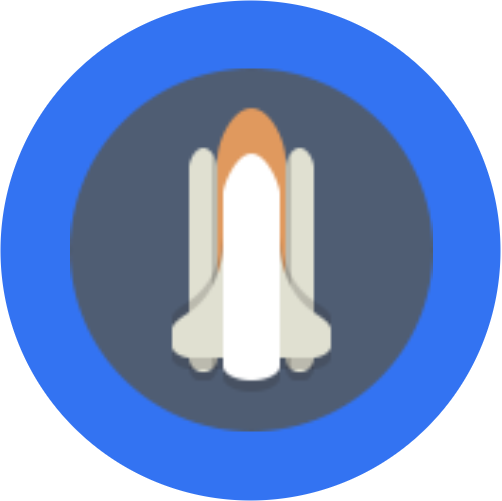 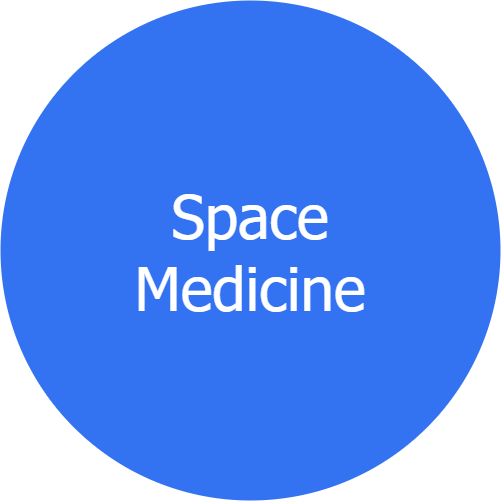 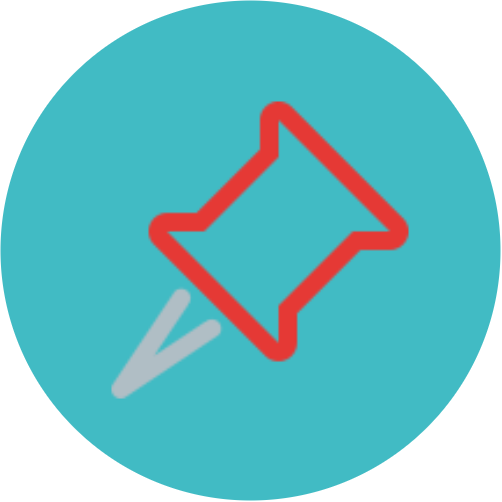 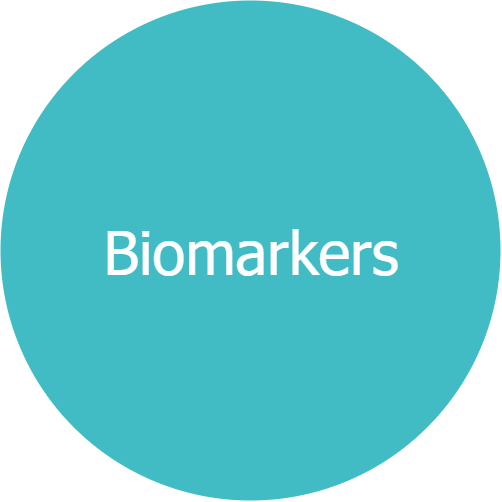 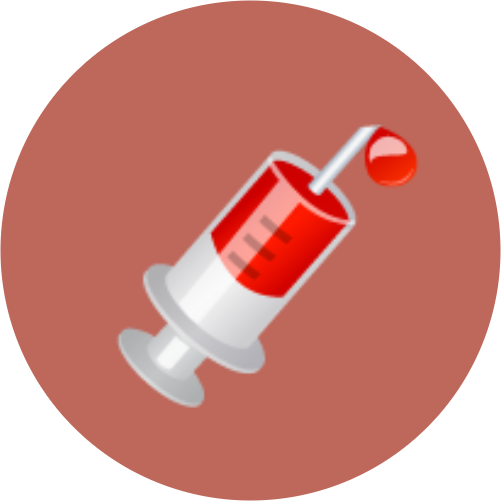 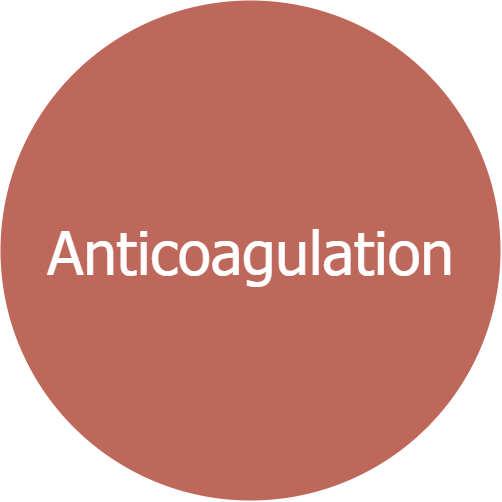 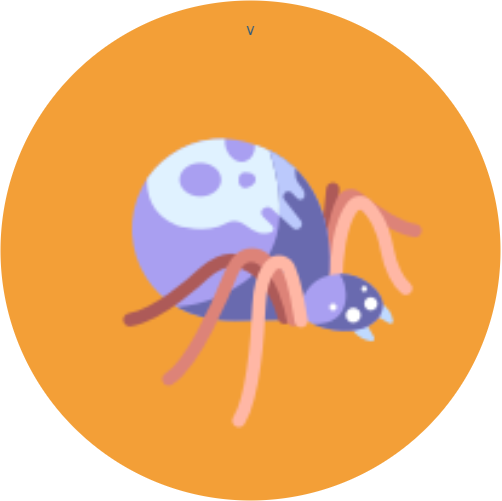 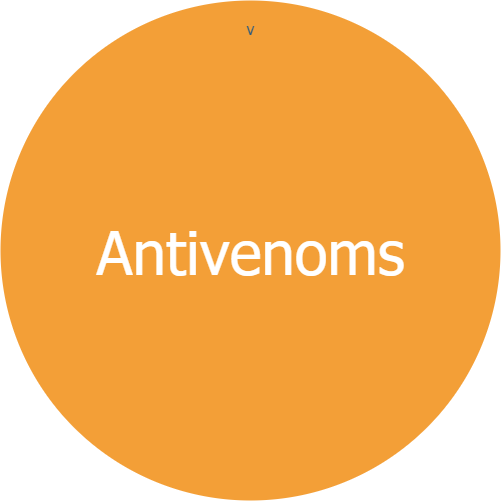 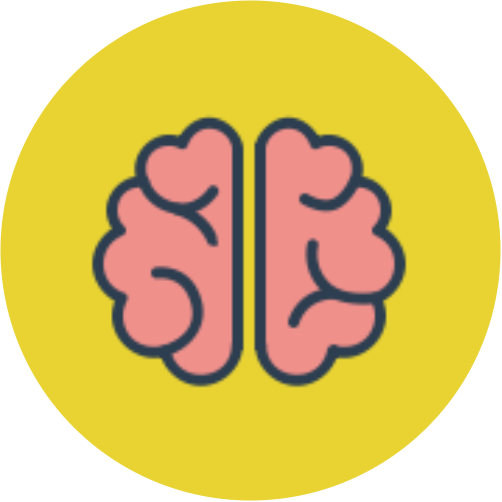 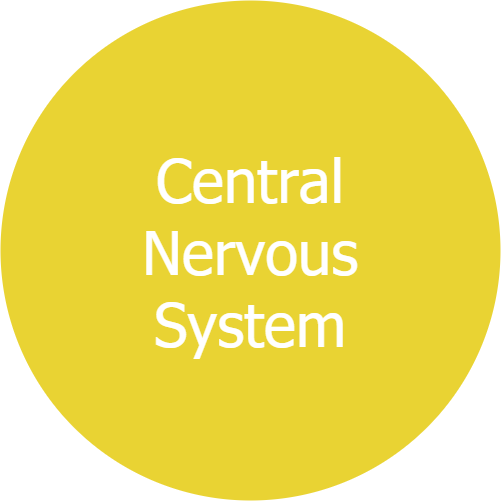 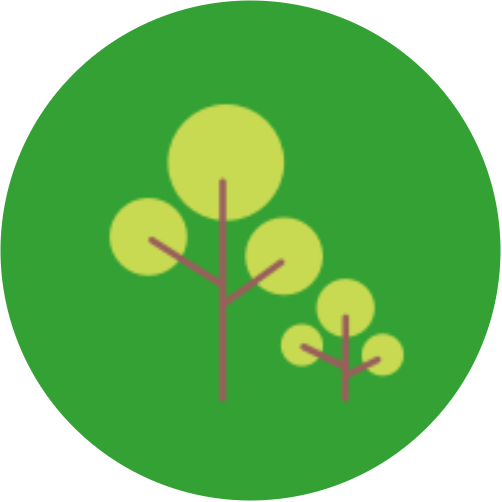 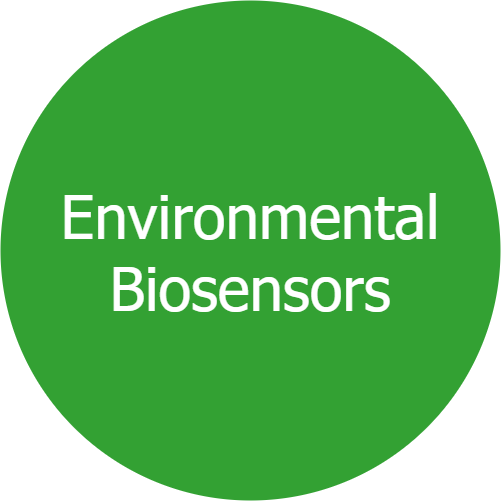 Until today, aptamers binding to a specific target molecule are synthesized via the in vitro method SELEX (Systematic Evolution of Ligands by EXponential enrichment). While this method has proved to be effective, it requires special equipment, billions of initial random oligonucleotide sequences for the first selection rounds, and a considerable amount of time until it results in the selection of the final aptamer, with the best affinity to the target. This can take from a few days to several weeks, while, sometimes, SELEX can even fail to identify the desired aptamer. Another important disadvantage of the SELEX method is that, although aptamers can be functional in vitro, they often aren’t in vivο, as a result of changes regarding their structure in the cell environment and the fact that in SELEX, there is no consideration about the possibility of non - specific binding by the aptamer. What we propose is a novel in vivo, dynamic biological system that will yield the same or better results than SELEX, but will imply, at the same time, a lower cost, more simple set-ups and procedures, and less man-hours.

Lastly, we were greatly inspired by the 2018 Nobel Prize in Chemistry, which came to give directed evolution its most-deserved recognition.

Can’t wait to read more about our project? Continue on to our Background and Design pages!