What did we aim to achieve?

Aptamers are one of the most promising fields in biotechnology today, with hundreds of possible applications, but, unfortunately, due to economic and practical limitations, only a few laboratories can be involved in aptamer production. We aimed to change that, by creating a prototype genetic device, MEDEA, for aptamer production. As stated before in the Design and Results sections, we designed this device from scratch, implementing some recent technological advancements in the field of RNA circuits (STAR and HHR molecules) and Directed Evolution (EvolvR, Cpf1), as well as bioinformatics. Our project has only been a demonstration of the possibilities such an approach could yield. In this page, we present proof that our system can be easily created, that the selection of the colonies works, and that it is possible for the altered aptamer sequence to be isolated, using only widely accessible biological laboratory techniques.

After we managed to isolate polymerase PolI3M from the pEvolvR, and validated the HHR-STAR molecule activity (see Results), we could finally assemble our CIRCE plasmid through Golden Gate assembly. After calculating the precise concentrations from each part necessary for the reaction, we cloned the parts into a pGGA vector provided by NEB. Followin that, we performed PCR evaluation using primers designed specifically for the plasmid backbone we utilised. Our gel provided evidence that a construct above 10kb was present, which we theorized to be our inserted parts. Also, it provided evidence that our vector had been digested efficiently, as no smaller bands indicating the presene of pGGA were visible.

(Figure 1: Gel electrophoresis of the pCIRCE insert PCR product. The band obtained was above 10kb, and was thought to be the product of ligation of our parts.)

Our hypothesis was further reinforced by the fact that Golden Gate assembly offers the advantage that it is not possible for the plasmid to be ligated again unless all the constructs have been cloned in a specific order.

We transformed our bacteria with the Golden Gate product, and, afterwards, we streaked them on agar plates containing Streptomycin and Kanamycin in increasing concentrations. Since the aptamer sequence we had inserted was theoretically sufficient to induce resistance to working concentrations, as the modelling suggested, we expected colonies if the mechanism worked. So, we were glad to observe colonies in the plates the following day! 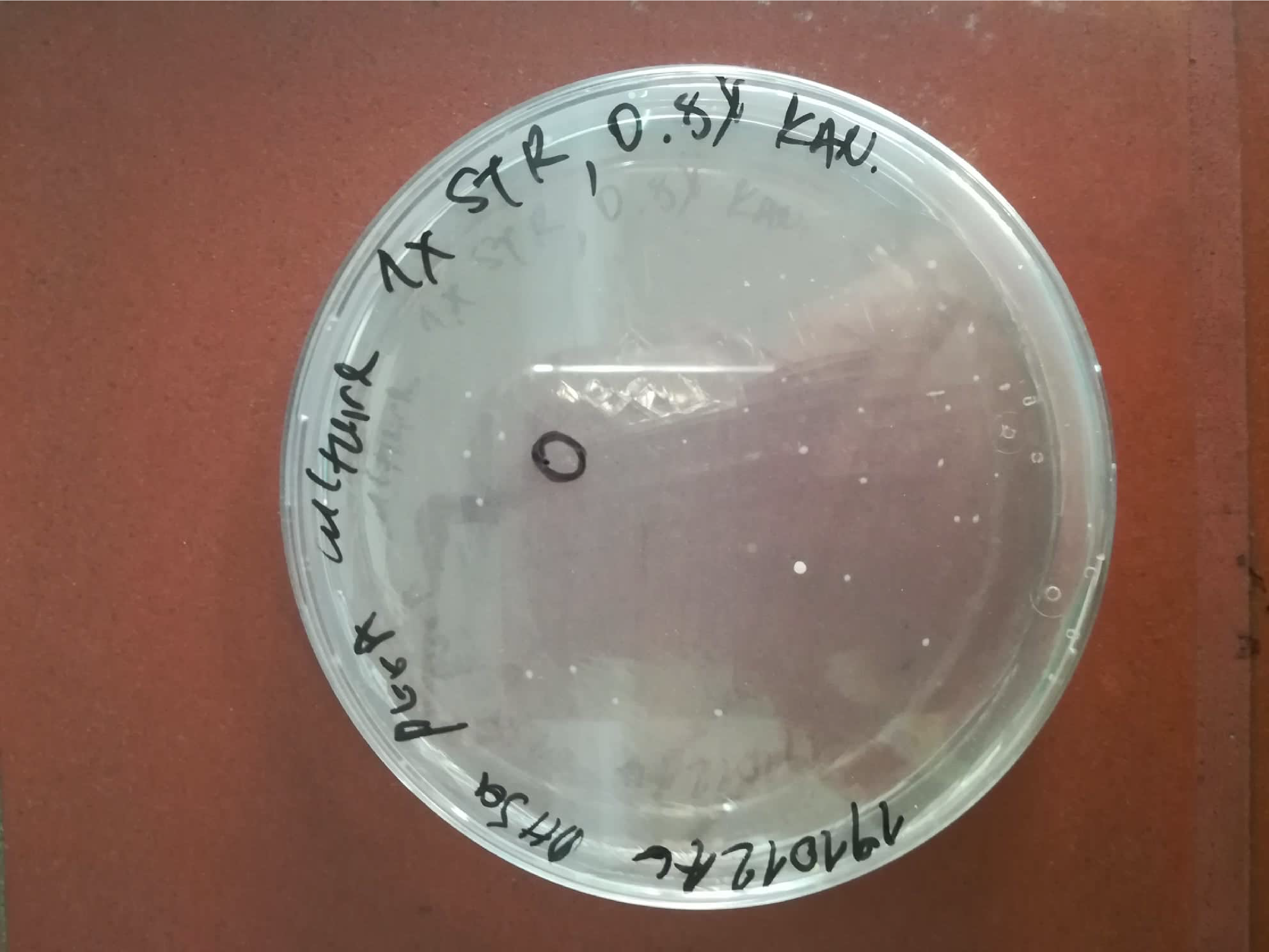 (Figure 2: Colonies bearing the pCIRCE were observed in the Streptomycin 1Χ and Kanamycin 0.8Χ agar plates, after they were first cultured in liquid medium with Arabinose, as expected from our Modelling. The above shown colonies supported our theory that our construct had been assembled successfully.)

Elaborating on our theory, we also noticed that another possible explanation could be that the aptazyme self-cleaves before the aptamer binds to its target molecule. As mentioned in our Results page, it is important to test our aptazyme module separately in the future. However this initial result is promising, as it points to our PBad/STAR Target AND gate being functional. 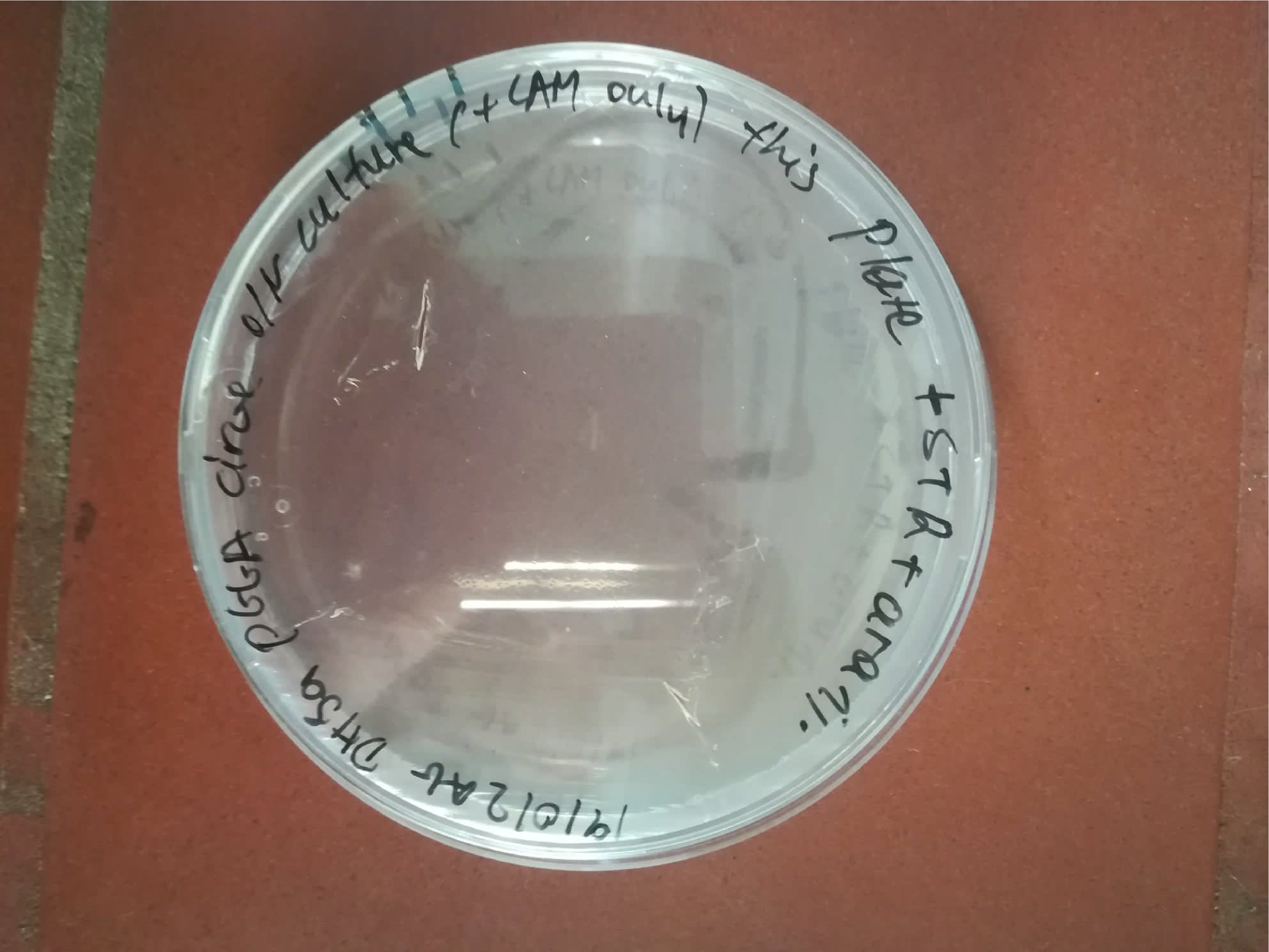 (Figure 3: On a negative control plate with Streptomycin and arabinose, no colonies formed.)

Afterwards, we decided to test whether our plasmid could be isolated via mini prep. We performed long range PCR of the mini-prepped product using pGGA primers, so we could visualize the inserts using gel electrophoresis. A faint band appeared at the expected size, along with some smaller bands indicative of the presence of some undigested vector plasmids, which were multiplied in the cells as our pGGA vector is a high copy number plasmid. Therefore, our plasmid seems to be working as a low copy vector, and it can be isolated and sequenced by utilizing a simple mini-prep kit.

(Figure 4: Gel electrophoresis of the long range PCR product of pCIRCE culture mini-prep. A band at ~11kb points to the presence of our plasmid)

Therefore, we had tested the basic premise behind our ALT SEL-X protocol (see our Methods page).After gel extraction and purification,sequencing of the PCR product of pCIRCE could take place to evaluate the mutagenesis capacity of our CIDER system. Unfortunately, time limits did not provide us the opportunity to do so, but we hope to in the near future.

Hello, iGEM Athens Dry Lab team here! We wanted to back up our Wet Lab people by creating interesting software that would mimic the evolutionary process of aptamers, as it would happen in vivo. For that reason, we created MPDR, a pipeline based on a Genetic Algorithm framework that integrates many well known existant tool in order to Mutate, Predict the structure of and Dock our aptamers. Finally, it repeats this process however many times the user wants. While computationally intensive, this pipeline showed very promising results, providing us with an aptamer that displayed a higher score than both the aptamer in the literature and the one identified by another program that can make aptamers, MAWS, which was also developed by an iGEM Team (Heidelberg 2015). We believe our pipeline to be a promising way of aiding in aptamer identification and we will also integrate MAWS into it. We also look forward to maintaining it, as it was quite an interesting endeavor!

The point of our Human Practices was to promote Access to Science both theoretically and practically. The concept of MEDEA is entirely based on accessibility and usability. As an iGEM team we managed to set up a prototype of our system with only regular and affordable lab equipment, in a country where the economic crisis has left its marks on research. We approached different stakeholders and laid the bases for the idea of Accessible and Responsible Science in the field of Synthetic Biology in Greece. Furthermore, we developed a comprehensive Business Plan as and a Safety Plan based on the needs of a Community Lab using our methodological approach. We hope to further empower community and open research in Greece the following years.