Description
Inspiration for the House of Toeholds

Cervical cancer is one of the most common cancers affecting Indian women, and has a strong association with Human Papillomavirus (HPV) infection, bearing an annual incidence of slightly over 100,000 cases with a 50% mortality rate​. It was highly prevalent and morbid in the population till the last decade until it was taken over by breast cancer in India, especially Tamil Nadu. Cervical cancer remains prevalent disease in 18 of the 32 districts in the state of Tamil Nadu, India. In addition, it was found that 3 out of 100 lakh women had cervical cancer the Chennai district alone before 2000 and the numbers for this otherwise preventable disease rapidly declined due to an increased standard of living. India, several countries in the African continent and Latin American countries are still haunted by the heavy burden of cervical cancer despite the preventability due to poor screening of the disease. If the disease can be detected and screened at an early stage then the patient has a 5 -year survival of 80-85% [1]. 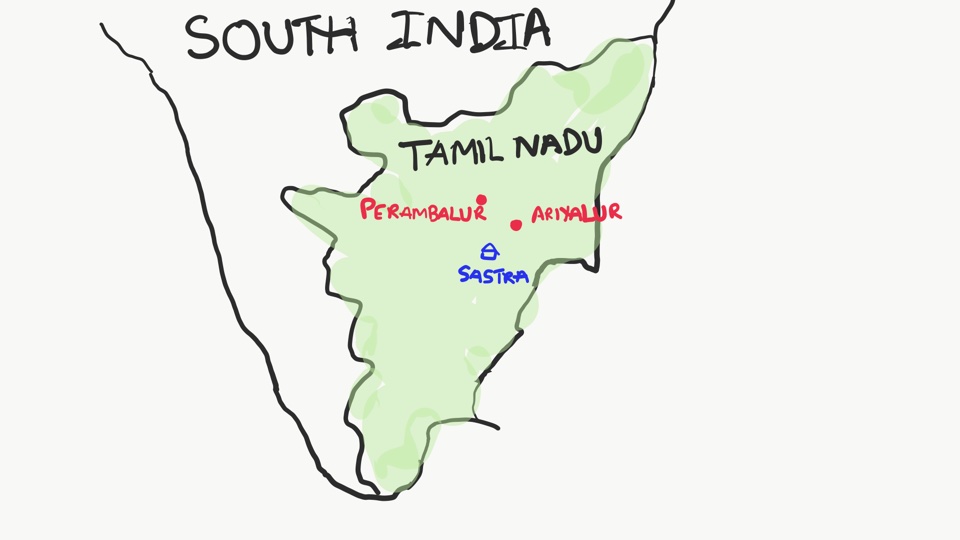 The possible reasons for getting affected with cervical cancer, some of which include poor menstrual hygiene, sexual hygiene, multiple sexual partners, Sexually Transmitted Diseases, chronic tobacco usage and immunocompromised women. HPV can enter a woman only by a sexual activity, which involves the access of the cervix to the virus. The virus may remain dormant in the body and not cause cancer, where the degree of dormancy varies with patients. HPV serotypes are about 150 in number of which around 15 are oncogenic. Serotypes 16 and 18 are the most common virulent strains causing cervical cancer amongst the 150 strains, for which vaccines have been developed and administered to young girls who are not involved in sexual activity to acclimatize their bodies to the virus and produce antibodies for the virus [1].

The current gold standard for cervical cancer screening is the ​Pap smear test​, which detects early cancerous changes in the cervical epithelium. In this test, it is requisite to collect all the cells of the cervix and subsequently analyzed, which might involve handling and variability errors resulting in false negatives mostly, notwithstanding its higher specificity. It holds a ​sensitivity of 51%, ​specificity of 67%, ​false-negative rates of 13-70% and ​false-positive rates up till 14% towards screening high-risk HPV types in cervical cancer [2]. 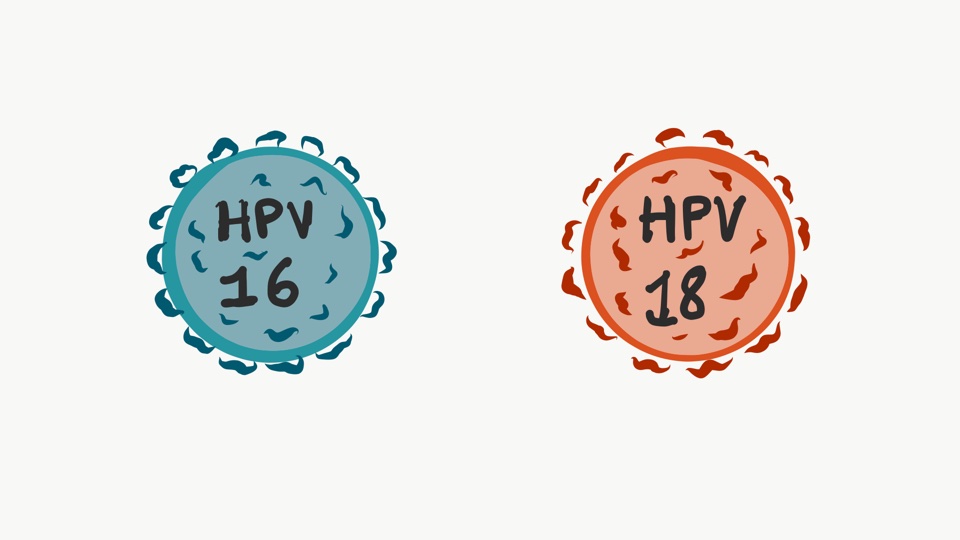 In addition to the Pap smear test, HPV antibody detection is widely used wherein the objective of the test is to detect the presence of HPV. This has a higher sensitivity when compared to the Pap smear test but is limited by its low specificity because the virus may very well remain dormant and not cause cancer.

Another cheap alternative screening test is the VIA/VILI test which involves the inspection of the uterine cervix after application of 5% acetic acid (VIA) or of Lugol's iodine (VILI). The possibility of cervical cancer is confirmed if the patient cells present on the glass slide turns white and yellow respectively. However, this method suffers from low specificity since the observation can be the same for an infection as well. Comparing their sensitivities and specificities, VIA stands out better in terms of sensitivity (63%) and HPV method in terms of specificity (97%). Notwithstanding their balance of pros and cons, they are limited either by the cost or reliability issues for postmenopausal women due to changes in their endocervical junction (in the case of VIA) or high false-positive or false-negative rates (in the case of Pap smear) [2]. In addition, considering an Indian scenario, these tests are considered invasive by many women, rendering them as a ​social taboo,​ potentially leading to lakhs of undetected but treatable cases of cervical cancer in the country. The scientific and societal barriers of these tests incentivizes the development of simpler new diagnostic devices for cervical cancer.

Diagnostic devices for the detection of high-risk HPV types have been reported since 1994, which predominantly includes detection by ​optical (46%), ​electrochemical ​(28%), piezoelectric (14%), ​immunosensor (6%), ​magnetic (4%) and ​aptameric (2%) means. The common components of these biosensors as diagnostic devices are the transducing element with desired analytical capacity and sensing element that acts as a probe for the analyte to be detected​ [3]. Recent studies indicate that a panel of host miRNA, notably ​hsa-miR-21-5p,​ ​hsa-miR-20a-5p, hsa-miR-200a-3p and hsa-miR-29a-3p in the serum, are potential biomarkers for the detection of HPV infection in the cervix, which could serve as the basis for developing minimally invasive primary screening methods [4]. Upon performing a differential expression profiling and survival analysis (whose results have been extensively documented in the Omics Analysis under Modelling), we found that a biomarker panel of ​hsa-miR-21-5p and ​hsa-miR-20a-5p was prospective for early-stage detection of cervical cancer, anchoring our biomarker choice for the project. In addition, the easy availability and ease of analysis of serum miRNAs were the key considerations in the selection of biomarkers. 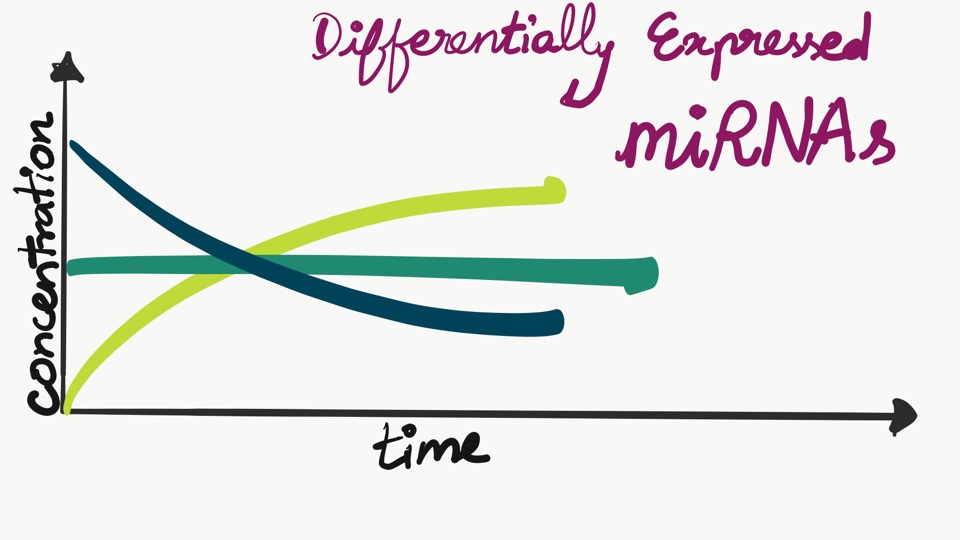 Synthetic biology, as an emerging interdisciplinary field, can bring together design principles and techniques of genetic engineering, biological engineering, and data science to help create novel diagnostic tools to detect such biomarkers for cervical cancer. In essence, it is the study of custom gene circuits towards creating functional bio-devices. These networks are basically decision-based circuits that consist of a sensor element and a transducer element, similar to the structure of traditional sensors.
Green et al.​ [5] engineered a class of robust, mRNA based translational regulators called “t​oehold switches​”. About thirty nucleotides long, the “toehold” is engineered to contain the ribosome binding site (RBS) and the initiator sequence of the desired gene, flanked by arbitrary linear mRNA sequences. They are highly orthogonal by shape, have low crosstalk with endogenous components, and offer absolute control over repression and activation of translation, and therefore, gene expression.

Pardee et al​. [6,7], went a step further, and implemented the design of paper based synthetic genetic circuits, to do away with the current in vitro solution-phase systems and the cell-based synthetic gene networks as they failed to be reproducible and transcend beyond the laboratories, owing to their stability concerns. The sole objective of this study was to develop an inexpensive, sterile, abiotic and cell-free systems for the detection of various biomarkers of ebola and zika infections using toehold switches. Toehold switches were considered here owing to the rational programmability inherent in its design. 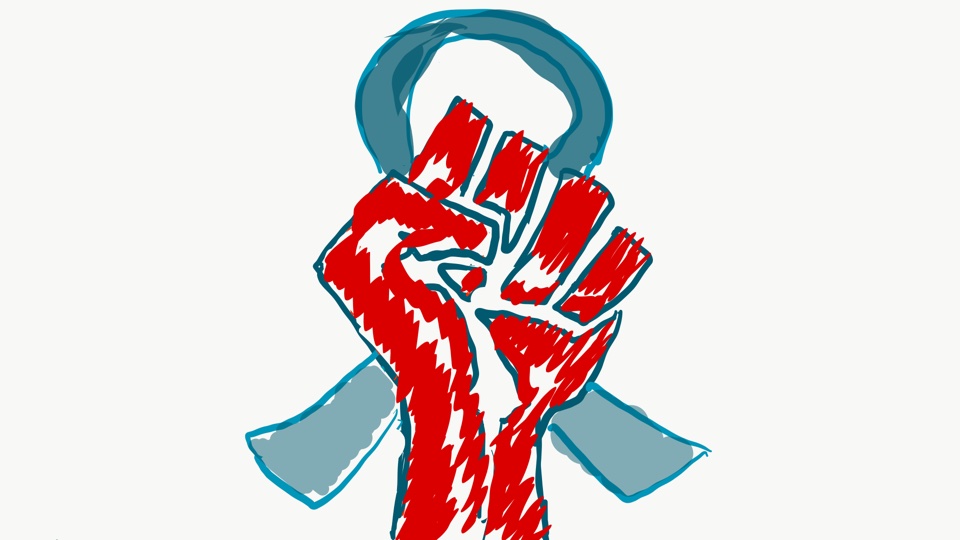 With this background, we are developing a biosensor comprising nucleic-acid toehold switches designed to bind to the identified differentially expressed circulating miRNA biomarkers of early-stage cervical cancer, namely ​hsa-miR-21-5p and ​hsa-miR-20a-5p. Each toehold switch is a second-generation design, requiring a biomarker-antimiR complex to release the expression of GFP, whose fluorescence intensity is measured. The developed switches may be embedded in a composite biosensor to yield a paper-based device for detecting cervical cancer.