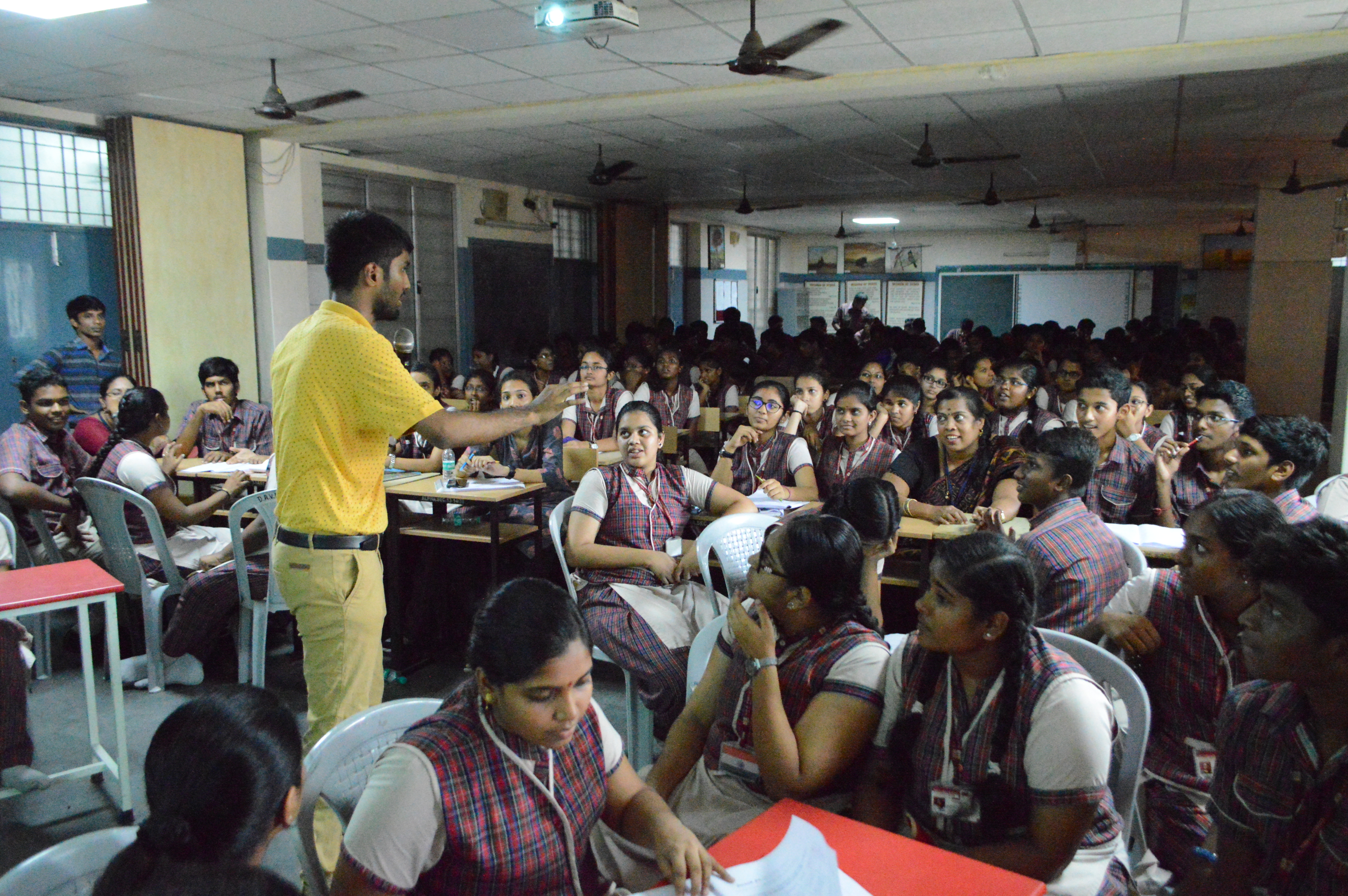 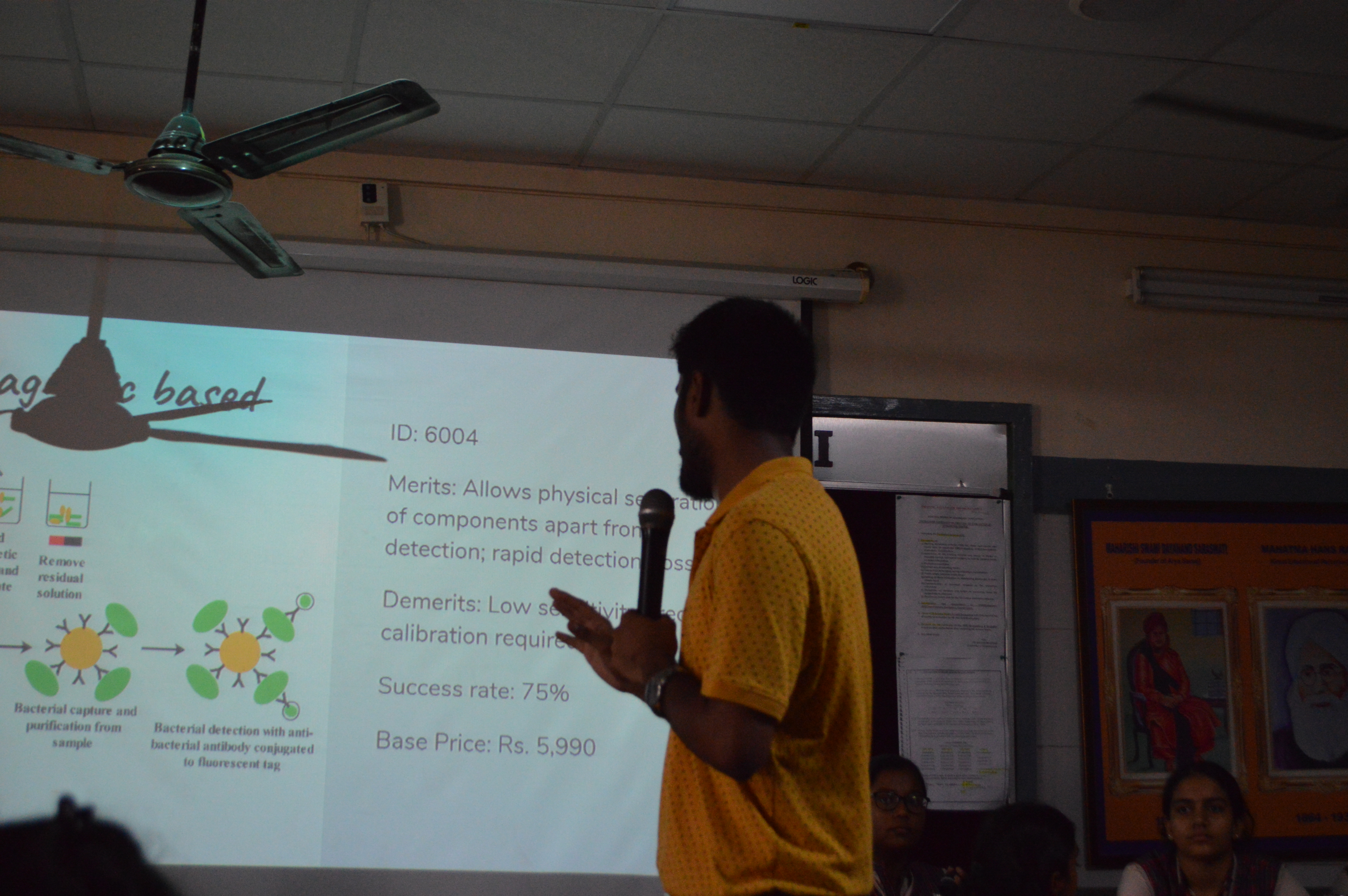 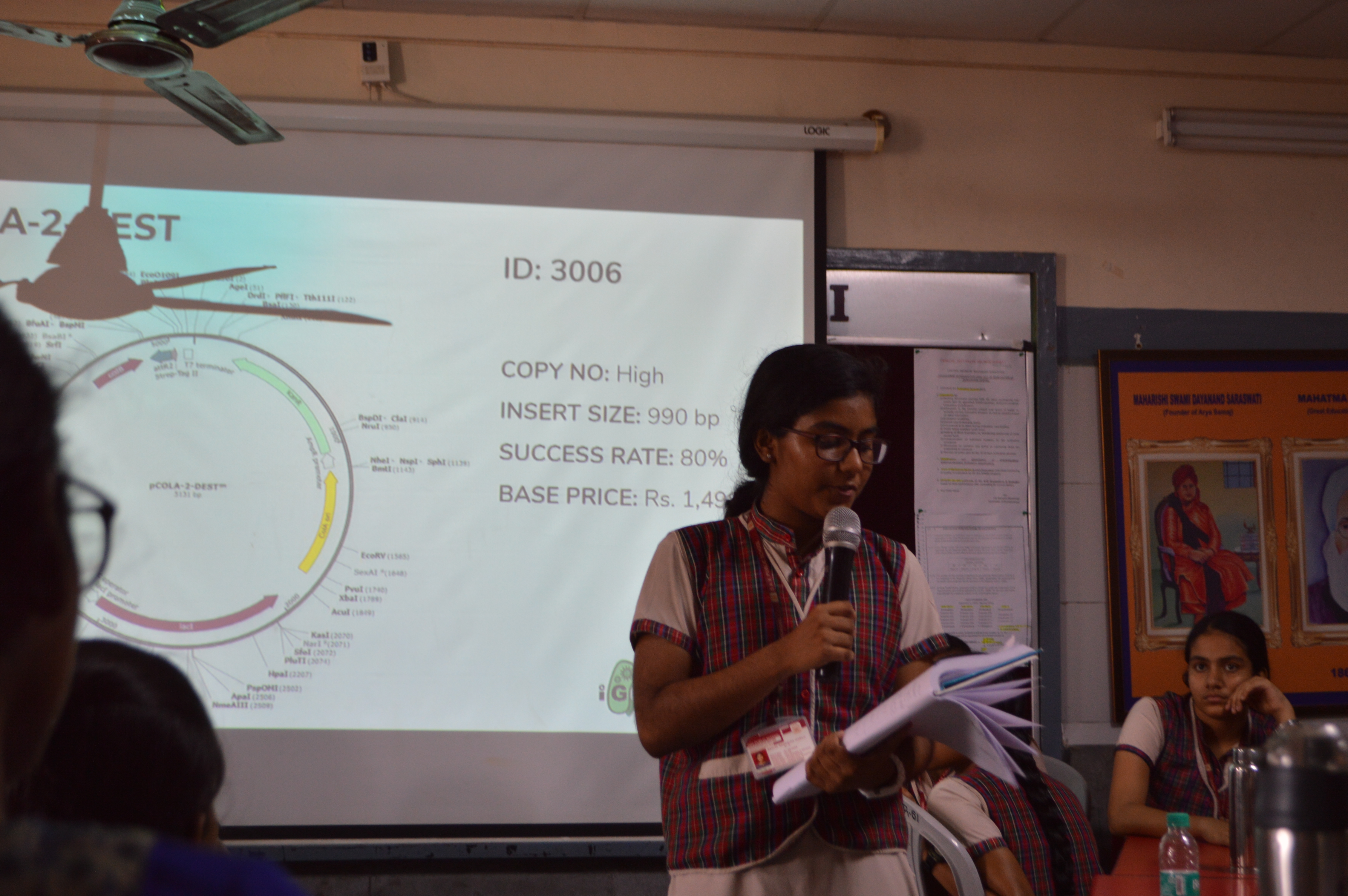 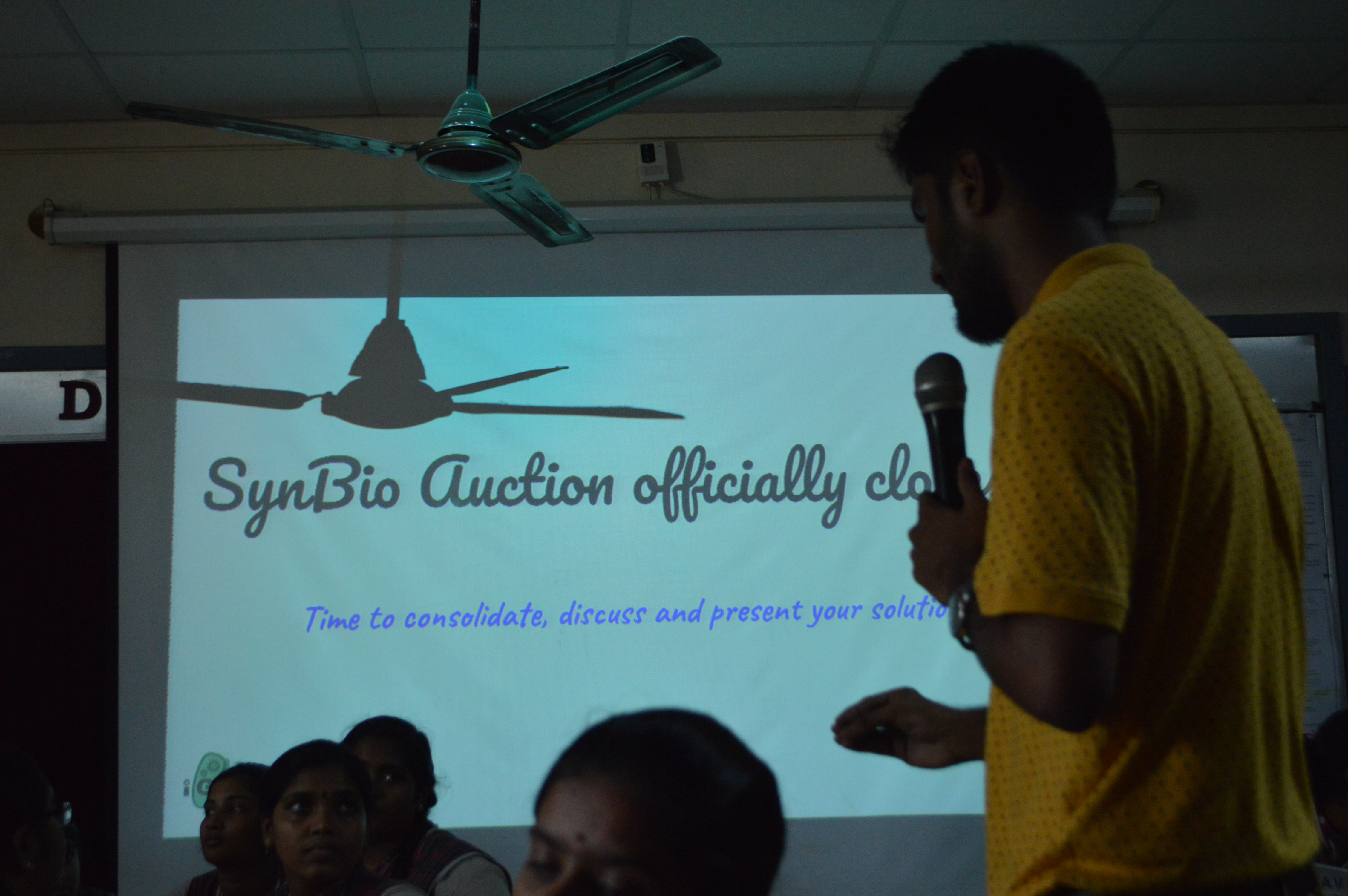 The SynBio auction is something that we came up with to engage the students and help them understand SynBio better through an activity rather than just a unidirectional lecture. The auction consists of six phases and the teams taking part would have to bid for a component in each phase. The six phases were chosen based on the different stages that our team would have to cross during any SynBio journey. The SynBio Auction Handbook A.K.A. the bible of the auction consisted of the rules and regulations, the goal of the auction, a tale on Cervical Cancer (to make the teams understand the rationale behind the auction and our project), a disclaimer stating “No microbes were harmed in the making of this game” and the details about the six phases of the auction. In each of the phases, the teams were asked to choose a component from the six or seven available choices to come up with a wholesome strategy towards devising a solution for early detection of cervical cancer, which was their goal. The teams were given a principal amount of Rs. 500,000 and were instructed about the Pay for Service option that they could avail to enable help from the iGEM SASTRA members. The six phases included the host, miRNA, plasmid, restriction nuclease, reporter gene and detection system. The importance of each of these phases was explained as simple as possible in the handbook along with a list of components under each phase. Each phase also included a default component and the team with no bid for any of the components will end up with the default. For each component, the merits and demerits were listed along with the success rate to make it a tad bit easier for students to bid for a component. The auction was conducted like any normal auction with heated bidding for each of the phases, students outbidding each other frantically in the race for the best component. At the end of the bidding, the students were required to come up with a solution strategically to the problem statement and present it. The team with the best solution wins!
SynBio Handbook for the students.
The Handbook that was given to the students to help them during the auction: Handbook
Synbio Auction Presentation
The Auction Presentation that was used to conduct the auction: Presentation 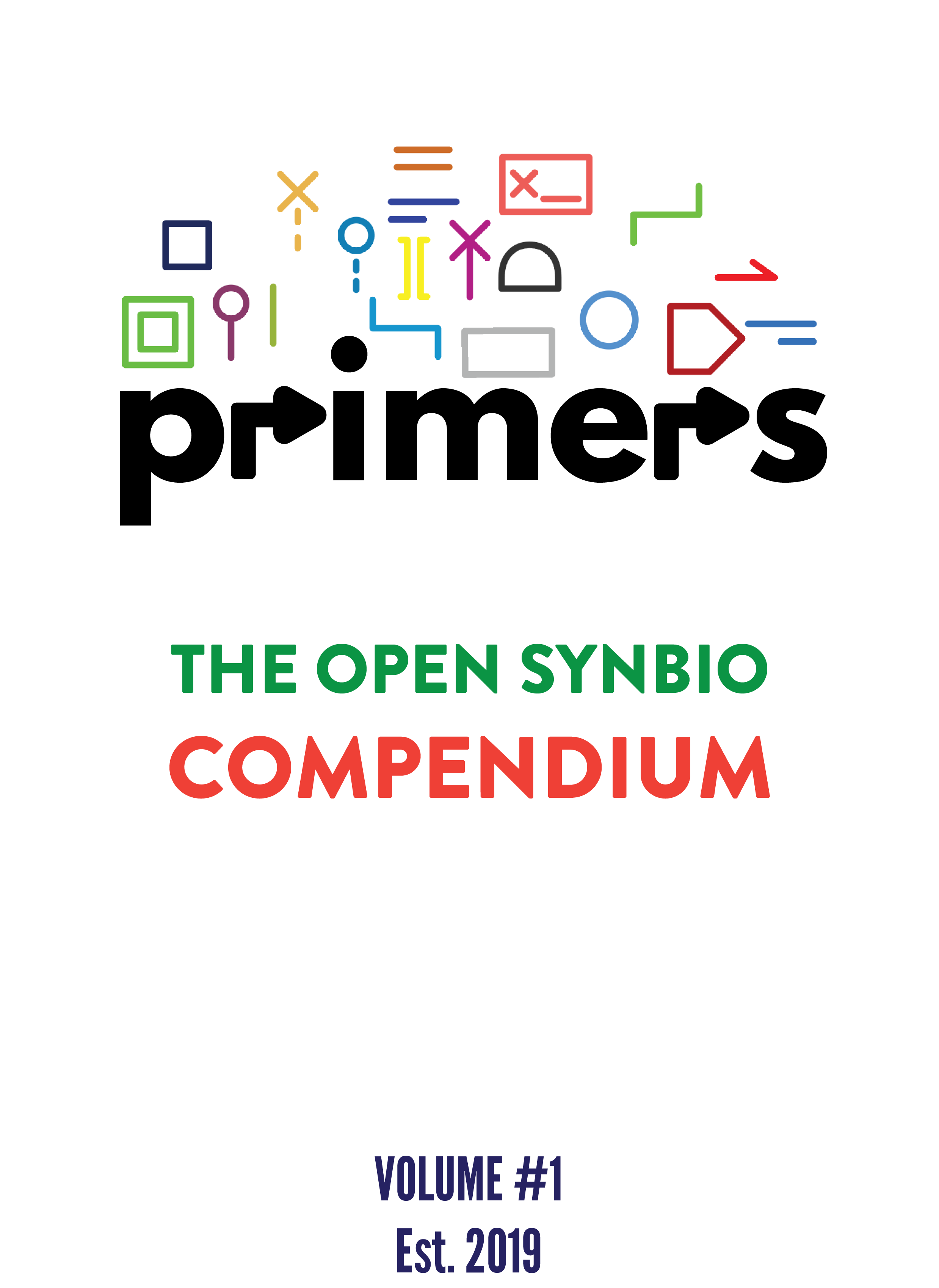 We came up with a collaboration idea where teams from all over the world could participate and contribute. We have designed a magazine titled “primers” aimed at delineating the basics of synthetic biology to a non-iGEMer or even a non-biologist. The magazine contains articles, interview transcripts with field experts, photographs, artwork, protocol demystification, basically anything and everything related to Synthetic Biology. Teams from India and around the world collaborated with us for the making of the magazine and interestingly, we had a pre-final year student from our University who also wanted to send in an article.
Visit our collaborations page to know more about Primers and download it.