IIT-Madras
We collaborated with IIT-M for our third Human Practices session at Chettinad Vidyashram, Chennai. The session witnessed the participation of about 250 high school students. Along with the IIT-Madras iGEM team, we gave the students a brief introduction about synthetic biology and a few cool iGEM projects just to give them an idea about the competition and synthetic biology in general. The IIT-Madras team had an innovative card game called Micropolis which was aimed at connecting the different fields of synthetic biology planned for the students. 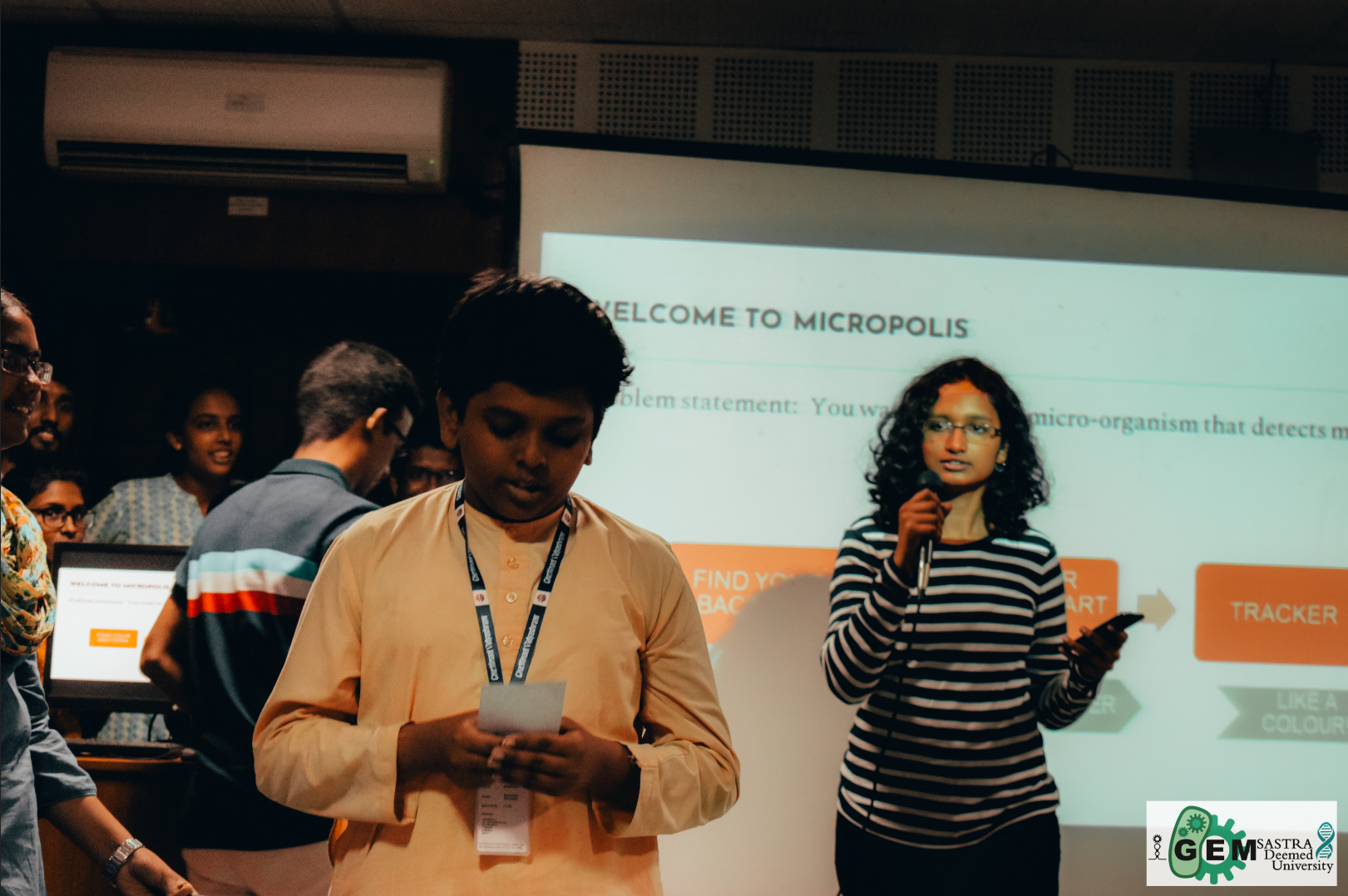 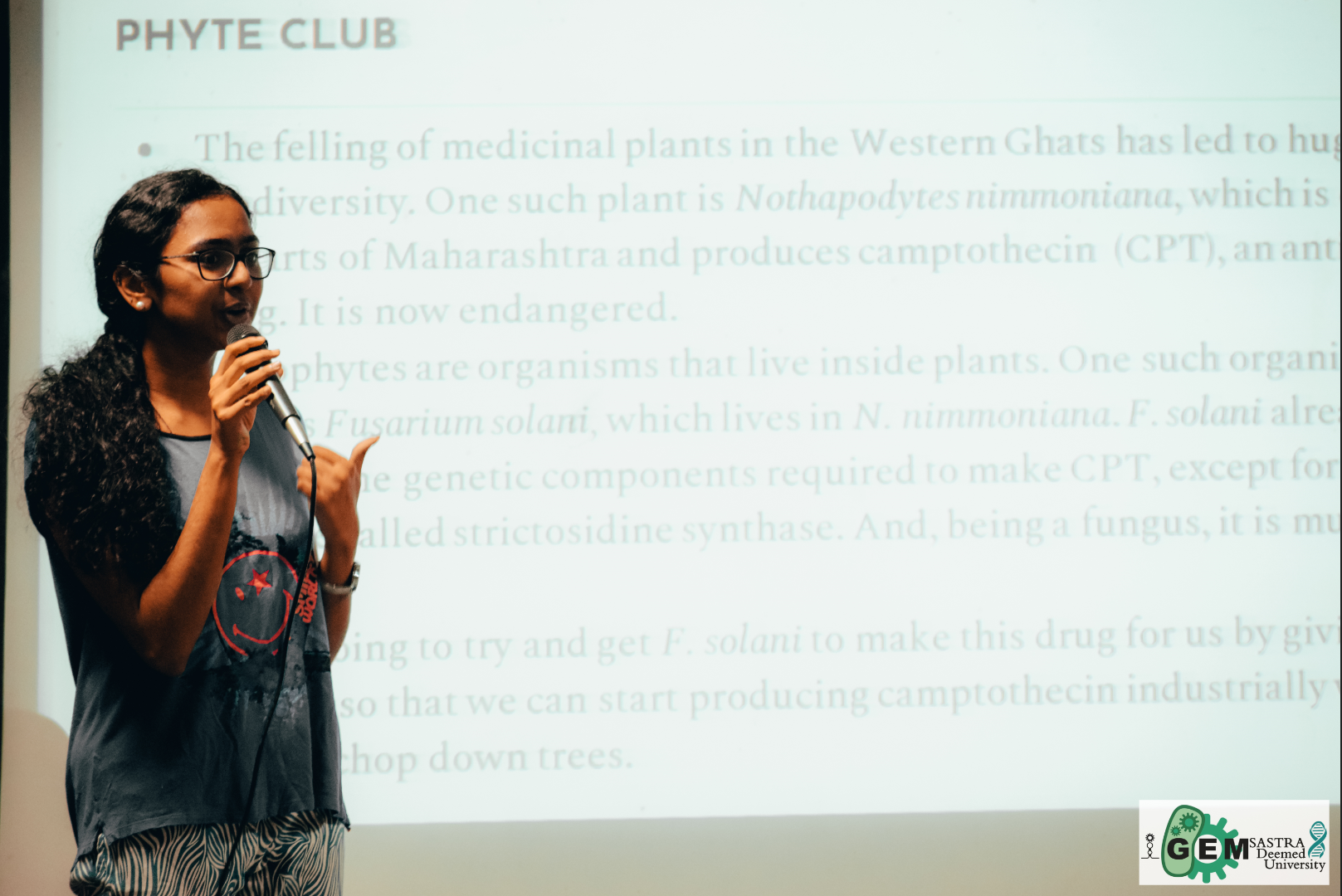 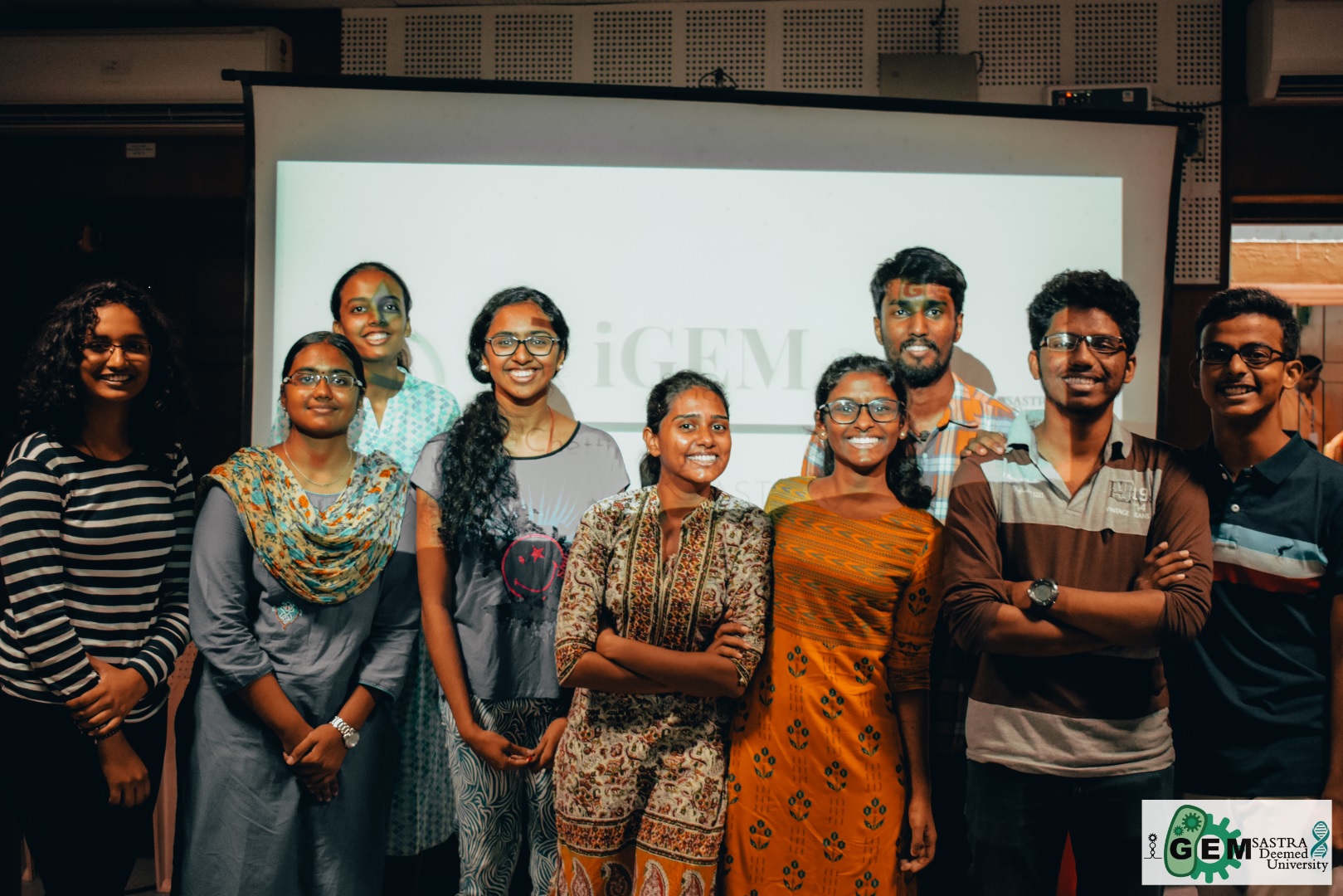 AIiM (All India iGEM Meet), IISER Bhopal
We attended the All India iGEM meet 2019 held in IISER, Bhopal in the month of July. iGEM teams from all over India took part in this event, which was meant to give us a feel of the Giant Jamboree experience. We were accompanied by nine other Indian iGEM teams (IISERs Pune, Tirupati, Kolkata, IIT-Madras, Shiv Nadar University, MIT-ADT Pune, IISc., VIT Vellore and REC, Chennai). The team leaders Priyannth R.S. and Shivaramakrishna S. attended the meet along with Smriti Suresh. We presented our project in front of the other teams and a panel of judges which included Ms. Nurul Izzati, the 2019 iGEM Asian ambassador and a few faculty members of IISER Bhopal. Ms. Izzati spoke about the history and growth of iGEM and mainly about communications after iGEM. She discussed the various opportunities for the team members after iGEM and how iGEM is not just about the competition but also about how you can take your project forward. The judges really liked the motivation of our project as well as its potential to reach the general public and gave us valuable suggestions to commercialise our biosensor idea in the future. Some of the comments were to include socio-economic statistics in our project motivation, possible use of chromogenic material instead of GFP and inclusion of cost analysis of our proposed sensor. We also got an insight into what the other Indian teams were working on and a chance to communicate with them. 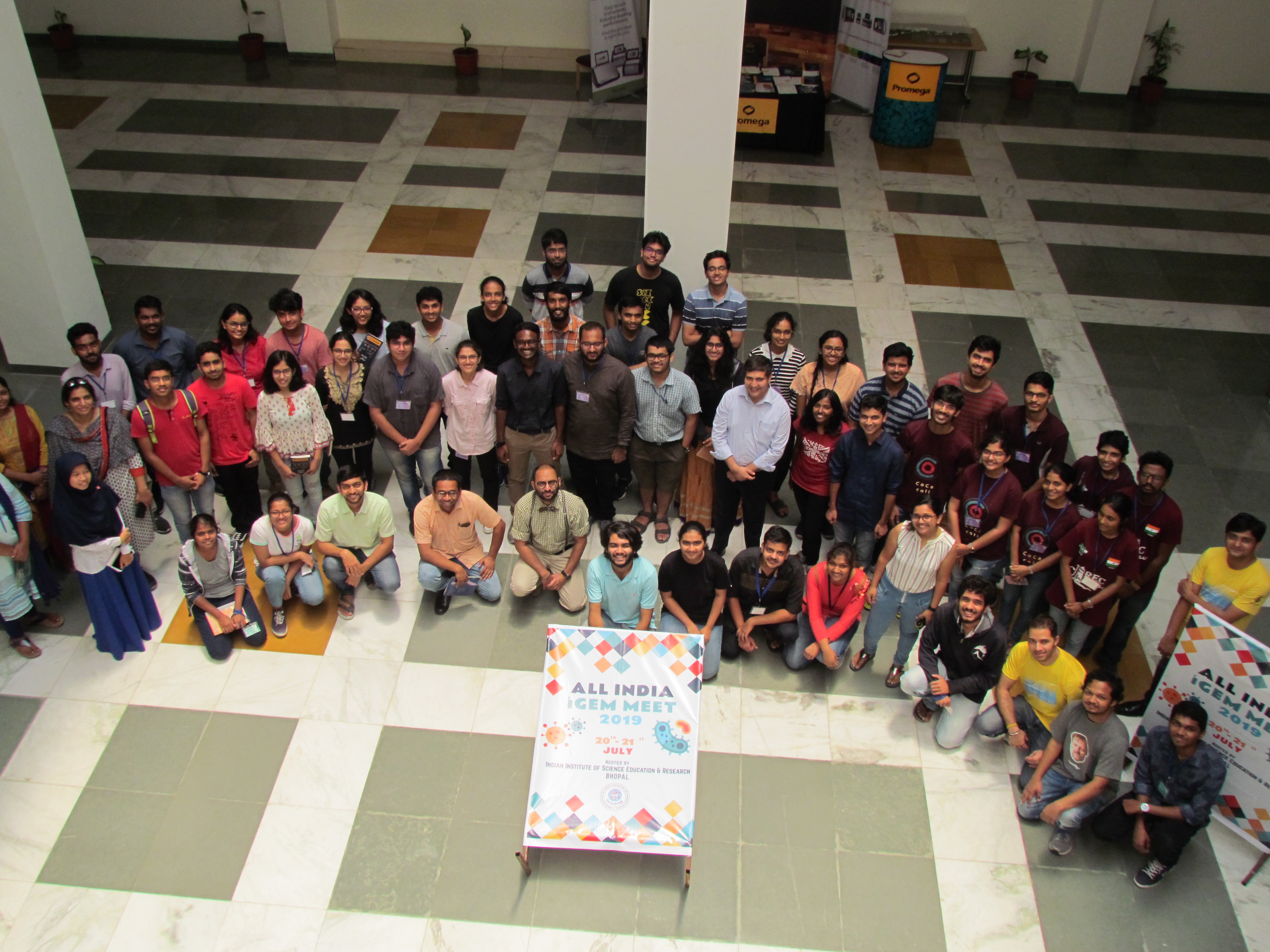 We came up with a collaboration idea where teams from all over the world could participate and contribute. We have designed a magazine titled “primers” aimed at delineating the basics of synthetic biology to a non-iGEMer or even a non-biologist. The magazine contains articles, interview transcripts with field experts, photographs, artwork, protocol demystification, basically anything and everything related to Synthetic Biology. Teams from India  and around the world collaborated with us for the making of the magazine and interestingly, we had a pre-final year student from our University who also wanted to send in an article. 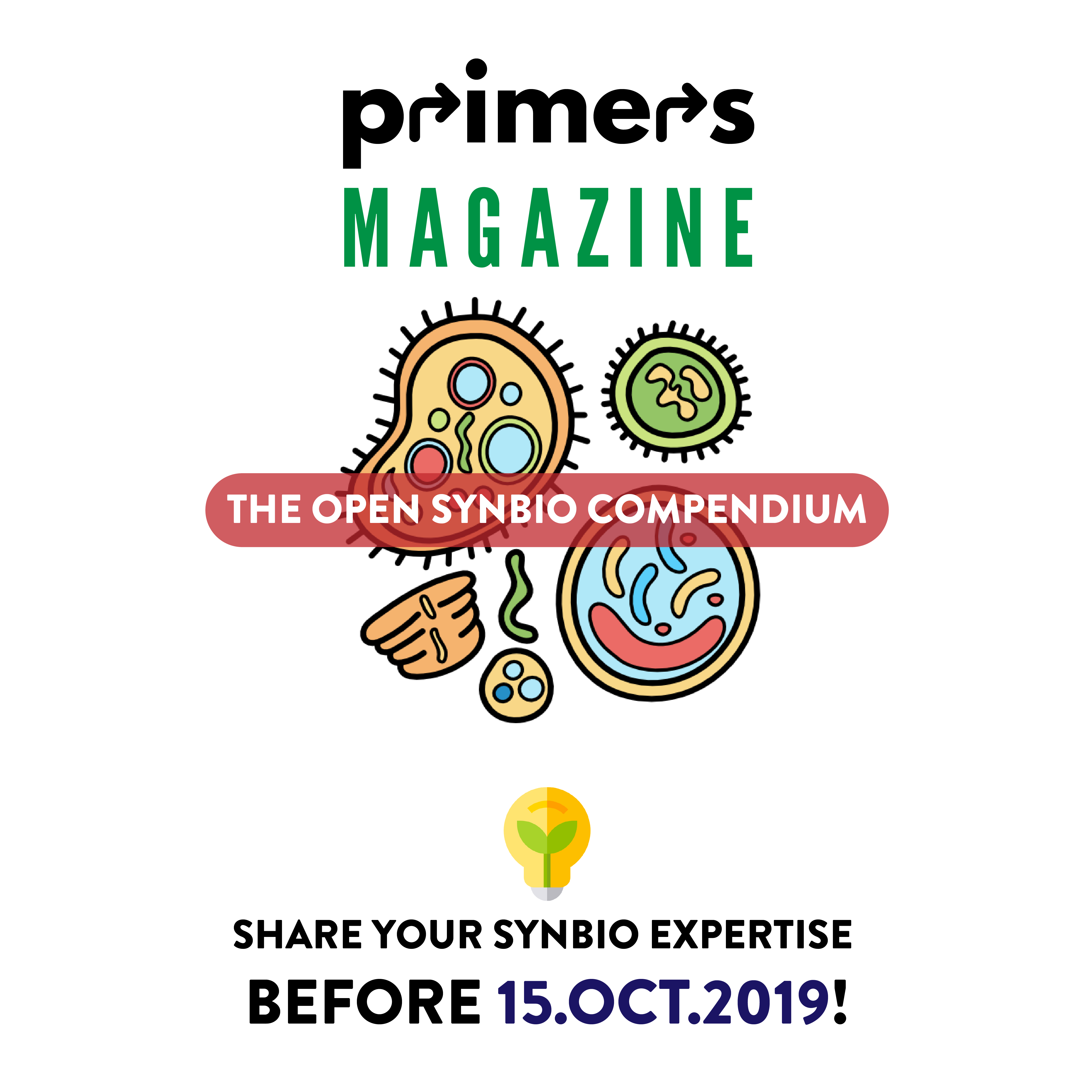 The following iGEM teams contributed to the magazine:

Sankar Mahesh from our university also contributed by sending in an article.