Our protocols were adapted from the 2018 Interlab protocol. Based on the results of past Interlab studies, we know that there are sometimes variability in expression that occur between labs. We chose to characterize a select number of Anderson promoters because they are frequently used by iGEM teams and we wanted to contribute data that would help teams select the right promoter strength for their needs. We were also interested in better understanding promoter strengths for our own work when we were planning our project. As our team did not have access to calibration standards such as Texas Red or Rhodamine B, this data was analyzed relative to BBa_J23100 expression. The comparison against BBa_J23100 is consistent with the original Anderson characterization. 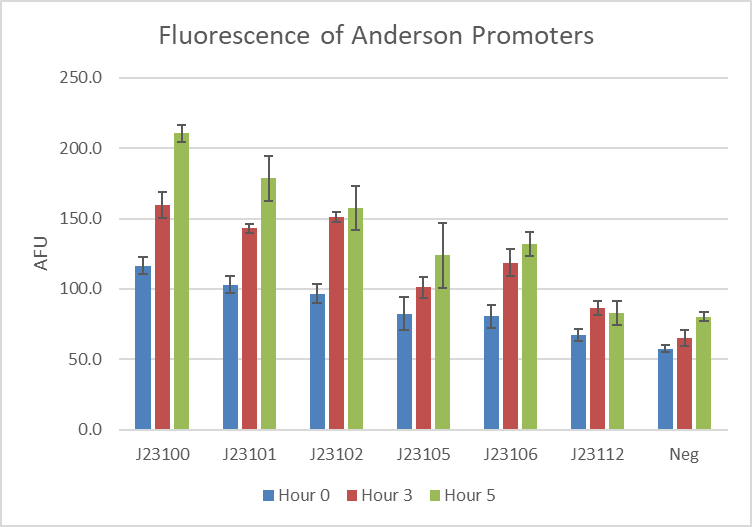 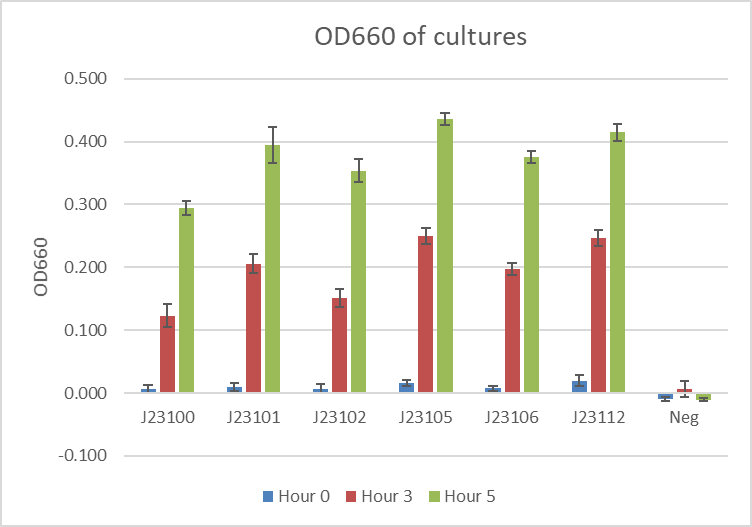 Table 4. Relative strengths with AFU normalized to OD, as compared to J23100 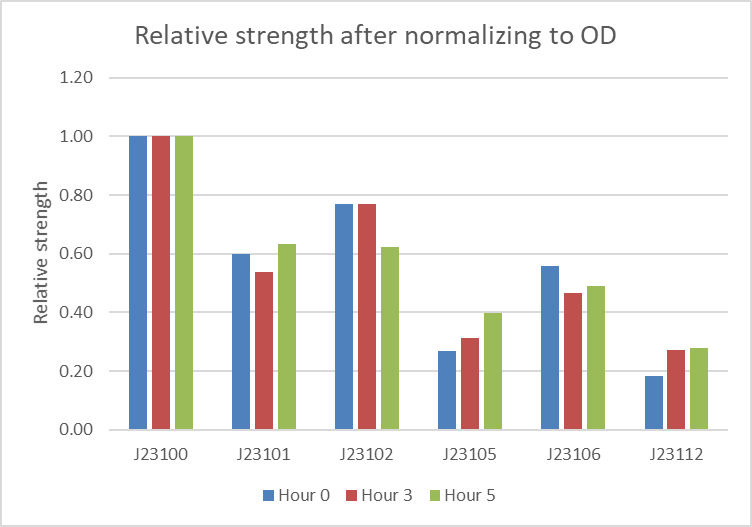