In a collaboration between Stockholm and Lund, we began the international initiative Synthethics®. A project posing ethical questions to raise awareness within biology and genetic engineering. The desired outcome? To discover the potential risks that the new-era biotechnology and medicine might have in store for us. Synthetic biology is a promising field and has a potentially prosperous future, but it entails areas of research that expose us to severe risks and detrimental outcomes. Therefore, we were avid to gather the opinions of people from all professions, cultures, and ideologies. We customized a set of questions that represented a fraction of possible dilemmas for both experts in this field and the general public. They were requested to delve into their imagination when answering the questions.

Taking the next step

An interview with a policy expert from the Swedish Pharma Association, Bengt Mattson, led us to realize that regulations surrounding synthetic biology and the use of GMOs are the greatest barriers for projects such as ours. These regulations are driven by the current ethical points of view in society. We realized that we might need to take some special ethical considerations before selling "Genetically Modified Microorganisms". In collaboration with iGEM Lund, we investigated the current situation to formulate questions for the general public and experts. This would enable the collection of insights from the general public as well as researchers specialized in this area. The questions were designed differently according to the target group. For the ease of public survey, we made yes/no questions and elaborative questions for the experts in the field. The objective of this project was to initiate a legislative draft that could take into consideration the ethics which are not standardized and, therefore, a limiting factor in the use of GMOs and synthetic biology.

The feedback obtained was vital not only for the future of synthetic biology but also regarding the future launch of Esther into society.

"Synthetic biology is a fabulous window of opportunities to improve our way of living. I am enthusiast about the good things it could bring to our world."

iGEM Grenoble supported that GMOs should have the same rights and be perceived as the same species. Nonetheless, topics such as bringing back organisms from extinction and prolonging their lifetime were regarded as issues playing with the balance of nature which might backlash and be catastrophic. They claimed to be "in favor of optimizing, but against the creating and spreading of strongly modified organisms in nature."

The perspective of iGEM CMUQ (Qatar) offered two points of view reflecting both ends of the spectrum. Some were completely in favor of Synthetic Biology being used to improve humans and create a wholesome human genome to completely aid the purpose of science. Others did not believe that humans should be improved as it would affect the uniqueness of our species, and also raised ethical and religious concerns.

We were able to collect opinions from 2 experts: Hannes Sjöblad and Celestin de Wergifosse.

"If we have the tools and means to map and to intervene and improve the lives of people who were born with certain genetic syndromes and we chose not to act, it is similar to not helping your neighbour when their house is on fire."

Hannes Sjöblad seemed to show a strong opinion in favor of genetic modification for the improvement of humankind and perceived it as a necessity to treat and manage debilitating cognitive variations, and thinks that tools for this should be "broadly available".

He also sees it as an opportunity to "restore lost ecosystems and biodiversity, as well as to create new ecosystems as we expand into space." Further, he believes that "it is the makeup of the genome that defines the species, not how it was put together."

According to Celestin de Wergifosse, Synthetic Biology and genetic modifications should be limited to be used as a solution to strong medical issues and not just any kind of improvement. She believes that freedom or access to this kind of knowledge should not be restricted and raises an interesting point of debate: "did we kill the organism to create a new one, or did we just improve it?".

Regarding the feedback obtained from the general public we observed the most relevant questions in the survey concerning our project. The following questions were extracted:

In case of life-threatening diseases, should the potential benefits of gene therapies outweigh the risk of harmful effects, even if sometimes severe? 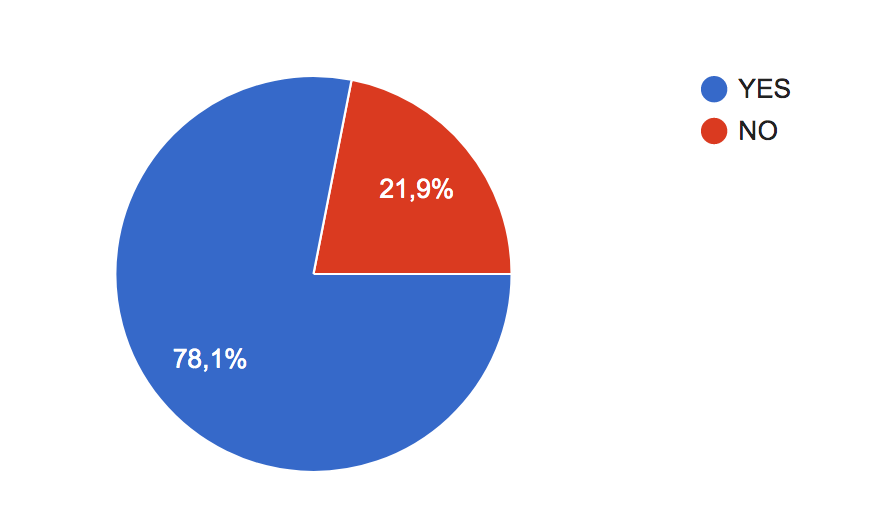 About 80% of the responses were in favor of focusing more on the benefits of new potential gene therapies. In regards to this information, it could be extrapolated that in the future gene therapies and similar therapies, such as Esther, could be welcomed by the public.

Today, it takes little effort to order genes to ones' front door, and later use them in do-it-yourself home experiments which contributes to the stimulation of creativity and science. However, in the wrong hands, this could lead to terrible consequences on a global scale in the case of e.g. terrorists creating a biological weapon. Should access to buying genes be available for everyone, or only licensed researchers? 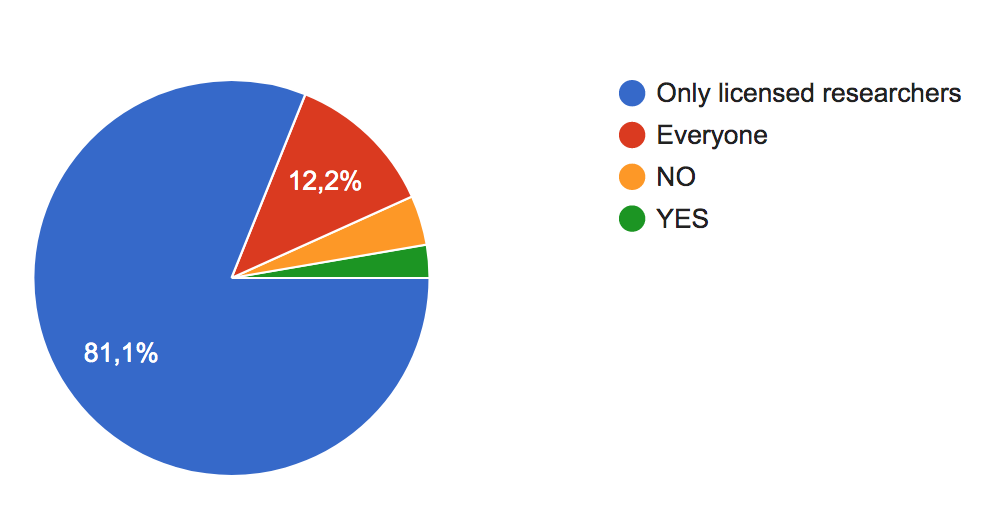 This question had an important reflection of the emergence of groups such as iGEM which are basically doing DIY experiments to develop a GMO. It was observed that Synthetic Biology may still be something feared by the public since approximately 80% responded that access to genetic material should be used only be licensed researchers. 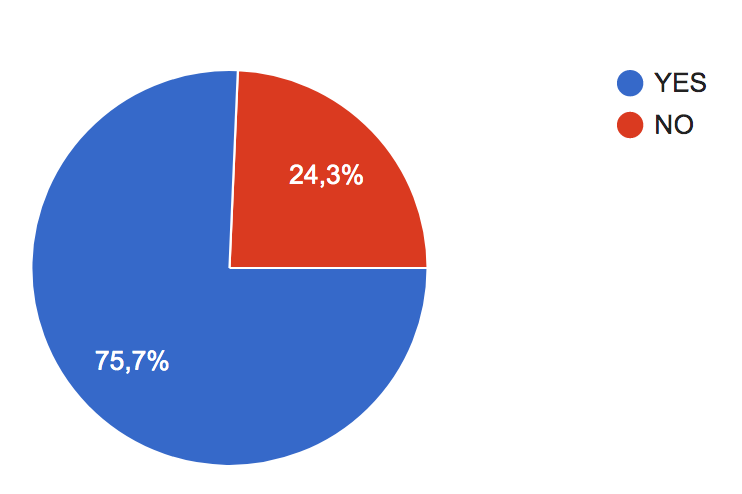 Regarding this question, the general public seems to be accepting future GMOs into the world since the great majority, approximately 80%, believe GMOs should be given the same rights as normal organisms.