All of the above parts have been characterized quantitatively. For for more information about experimental characterization data, please see the Measurement Resources page.

In order to characterize the function of Cep94A specifically, we cloned the cep94A into p15a. Two aspects of characterization were considered: the expression of Cep94A protein and the enzyme property.

Cep94A and the negative control (p15a) grew in 5mL LB (containing 0.1% Chl) at 37℃ for 12 hr and then was transferred to the 100 mL LB for enlarge culture. After almost 16 hours in 100mL LB, the Cep94A and p15a was collected to perform the SDS-PAGE. The result showed that Cep94A was actually expressed (about 91kDa) after induction. After verifying the expression of Cep94A, we decided to measure the Cep94A enzyme activity and evaluate the enzyme property to perform the quantitative experimental characterization. After induction for 16 hours, the cells were collected and resuspended in 10 ml of PBS buffer, afterwards sonicated to obtain 10 ml supernatant. The enzyme activity of Cep94A was measured by the DNS method: 2 μL cellobiose +1 μL enzyme solution + 17 μL citrate buffer (pH =4.8) was reacted at 50 ° C for 30 min. Then 30 μL DNS reagent was added, boiling for 10 min. The reacton mixture was diluted 5 times and transferred to 96-well microplate to measure the OD540 with a microplate reader. Figure 2 The DNS assay of Cep94A

Enzyme activity = moles of substrate converted per unit time. So we could measure the activity of Cep 94A by monitoring the rate at which a product (glucose) formed. Firstly, we drew the glucose standard curve: y = 0.6746x - 0.0491，R² = 0.9775 (y represents OD540, x represents glucose concentration), then the enzyme activity was calculated based on the glucose standard curve. Pluging OD540=0.093 into y, we worked out that x (glucose concentration) = 0.211mg/ml. According to the formula: Cep94A enzyme activity (U/mL) =enzyme dilution factor×moles of glucose /reaction time, we calculated that the enzyme activity of Cep94A was 3.906 U/ml. In addition, we also evaluated the Cep94A enzyme property at different temperatures and pHs.

Diagram 1. The enzyme activity at different temperatures and pHs 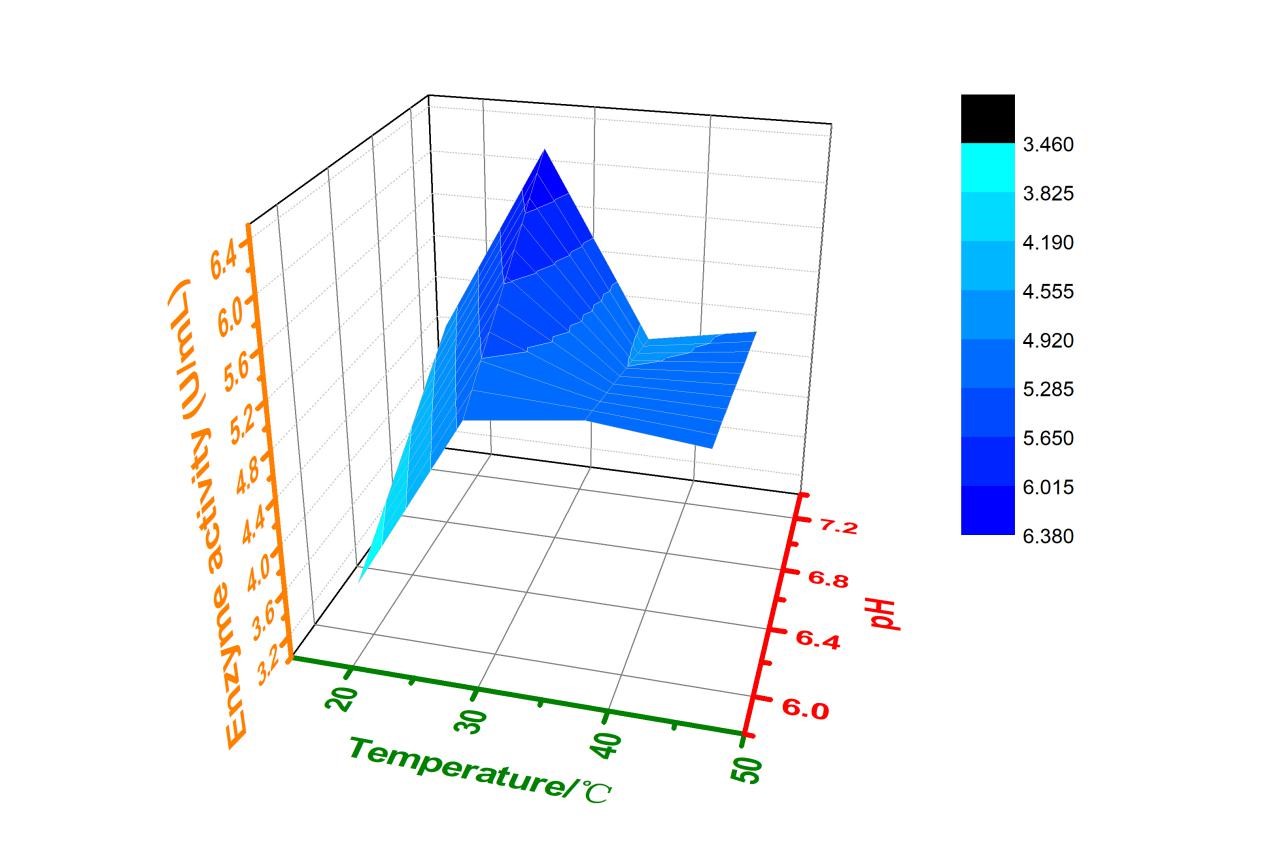 Figure 4. The enzyme activity at different temperatures and pHs

2. DNS Solution(1L): We dissolved 10g 3,5-dinitrosalicylic acid into an appropriate amount of distilled water, then slowly added 16g sodium hydroxide, and then gradually dissolved 300g potassium and sodium tartrate, next, made the final volume up to 1 liter. We then preserved this solution into a brown reagent bottle and placed it for a week, precipitants should be filtered for future use. Figure 5 Standard curve of Glucose concentrations against Absorbance at 540nm

The biobrick was transformed into E. coli strain BL21 (DE3) and positive clones were selected by Cm antibiotics. Due to the characteristics of E.coli, recombinant proteins are scarcely transported out of cells, so we decided to measure the enzyme activity of lysed cells.

Positive clones were further inoculated overnight in 4 mL LB broth with proper antibiotic (chloramphenicol-Cm) concentration. The next day, we transfered 1 mL culture to 100mL LB in a 37℃ shaker proper antibiotics added. For approximately 3hrs, O.D. of cell growth was measured, until it reached 0.6, we induced with IPTG of 0.1mM final concentration. After 4 hours, the whole culture medium was spun down at 4000 rpm for 10 minutes at 4℃. After that, we re-suspended the 100mL cell pellet with 10 ml PBS buffer. We then used Sonication to lyse cells, finally another centrifugation of 1200rpm for 10 minutes at 4℃ to discarded all non-soluble parts of cells and supernatant was collected as crude CenA solution.

The assays were incubated at 19 °C, 28°C, 37°C, 46°C and each for two reactions of pH6 and pH7. Based on literature, In a microtube 18μL of 1% CMC-Na was added, followed by 2μL crude CenA and the mix was incubated for 1 hour. To stop and reveal the reaction 30 μL of DNS were added, after 1 hour of 99°C incubation, absorbance at 540 nm was determined. For negative control, we performed contrast reactions at the same time, but it was reacted at the temperature below 4°C so that the enzyme activity was inhibited. As seen in the graph of temperature and pH against activity, the enzyme activity of pH6 is relatively lower than that of pH7, and higher temperature seems to have positive influence on enzyme activity: 37°C can be concluded as the optimal temperatures for our fermentation and cellulose decomposition process due to it is also a relatively growth fitness temperature for E.coli.