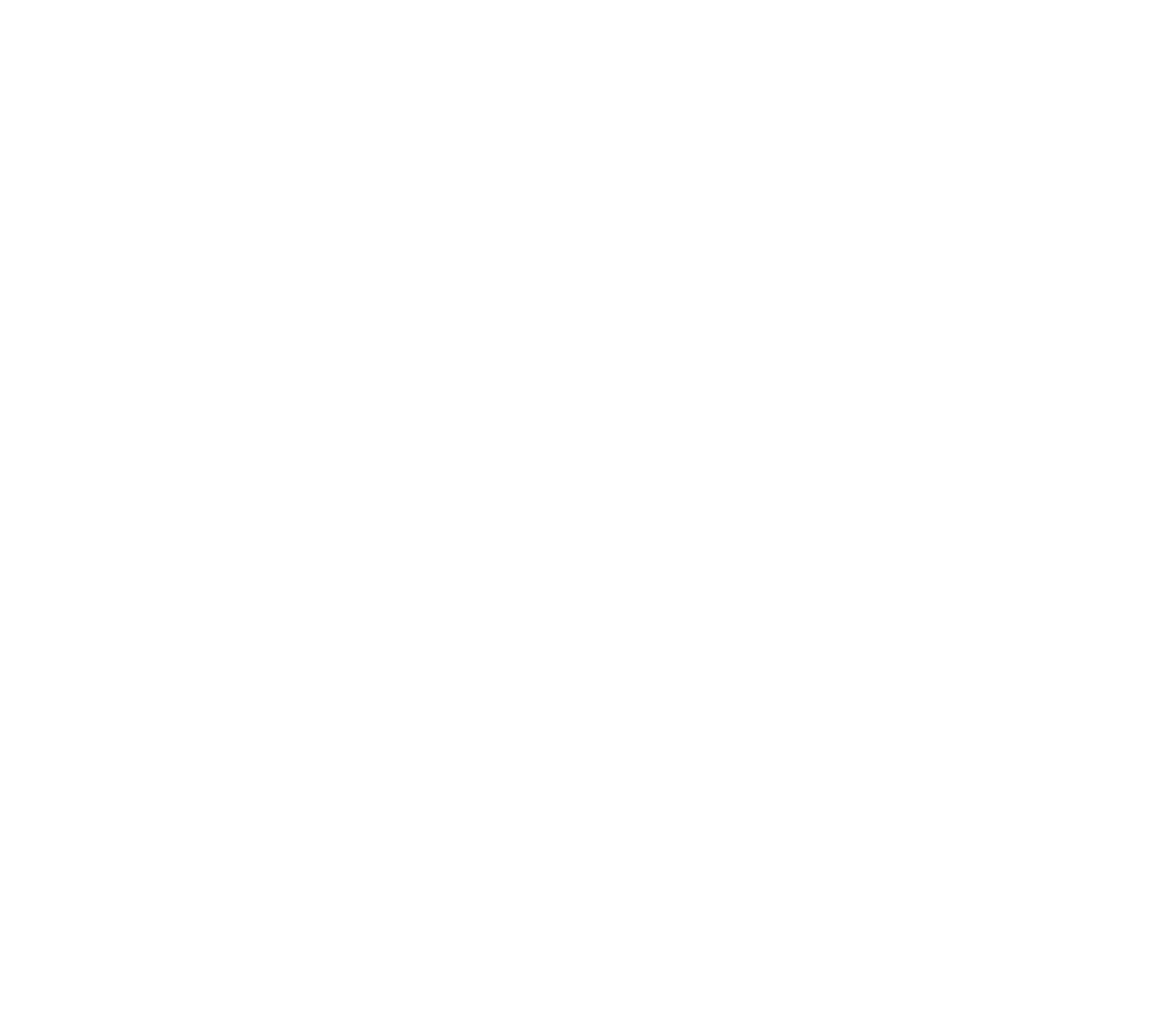 After preparing competent cells and transforming them, we let the culture incubate at 37°C overnight. The next day, we lysed the cells using ultrasonication, spun it down to remove the debris, and used 0.5ml of the lysate for our experiments. DNS assay enzyme incubation conditions were changed as required.

Note: All enzyme activity are in µg/(ml2*min)

Dinitro salicylate is an oxidizing agent which converts glucose to gluconic acid. Glucose is formed by digesting starch by amylase. We can quantify the activity and calculate the concentration of the amylase produced by correlating the readings with the standard graph. 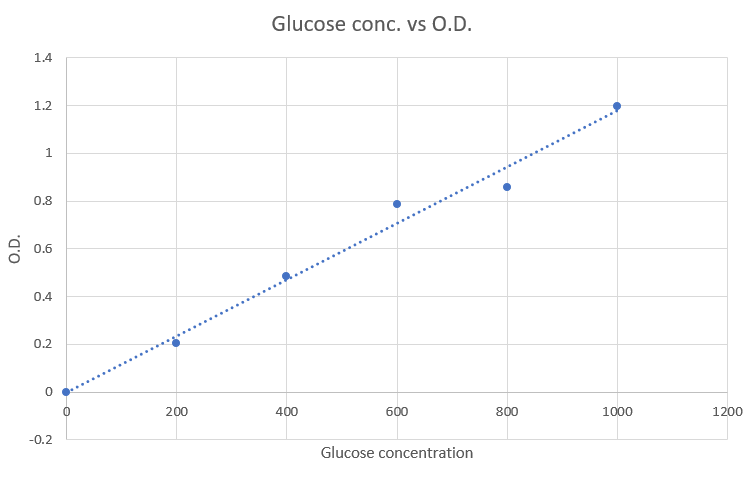 Checking the most optimum pH for the expression of the part is very important. We performed DNS assay for the cell lysate incubated during reaction time at the pH 3, 5, 6 ,7, 8 using phosphate buffer adjusted at different pH. 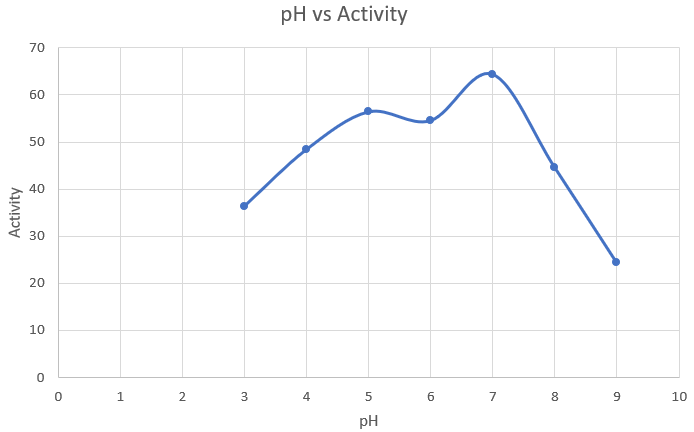 Interpretation:
As observed, 7 is the optimum pH for amylase production.

We used different nitrogen sources to find out which was the most optimum for amylase synthesis. We used yeast extract, beef extract, malt extract and peptone for our experiments. 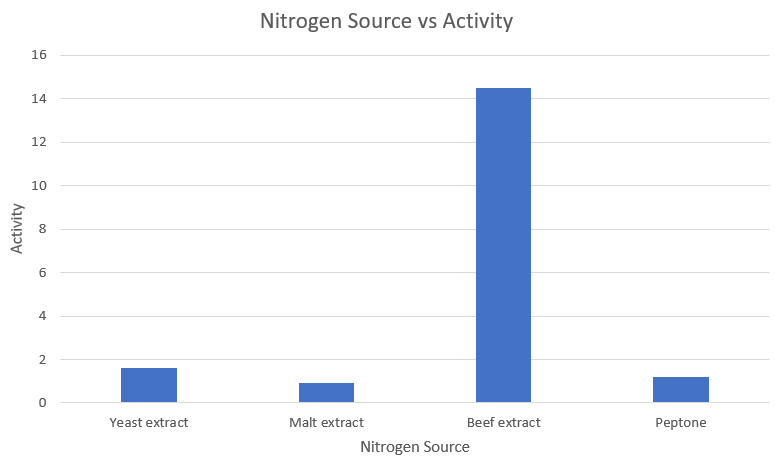 Interpretation:
As we can clearly see, beef extract is the most optimum nitrogen source for amylase expression.

Along with the nitrogen source, carbon source used heavily impacts the amylase production, as we saw form our experiments. 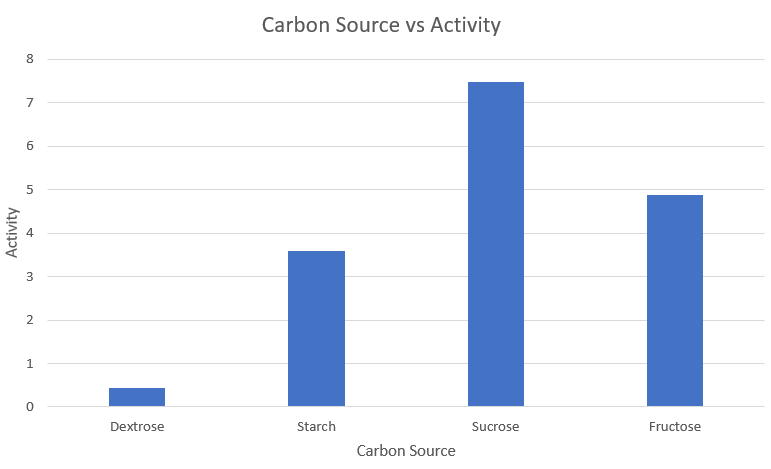 Interpretation:
We can thus conclude that Sucrose is the optimum carbon source for amylase expression.

Characterization of the activity of α amylase:

We decided to test the activity of the enzyme produced by this part. To test this, E.coli cells were transformed with the mentioned part.

To determine the effect of pH on the activity of the enzyme, the cells containing the part was lysed using ultrasonication, the cell debris was spun down and the supernatant was collected. The supernatant contains the enzyme. The pH of this solution was adjusted to the desired value using the following buffers:

DNS assay was performed to these solution using the protocol mentioned above.
The following results were obtained: 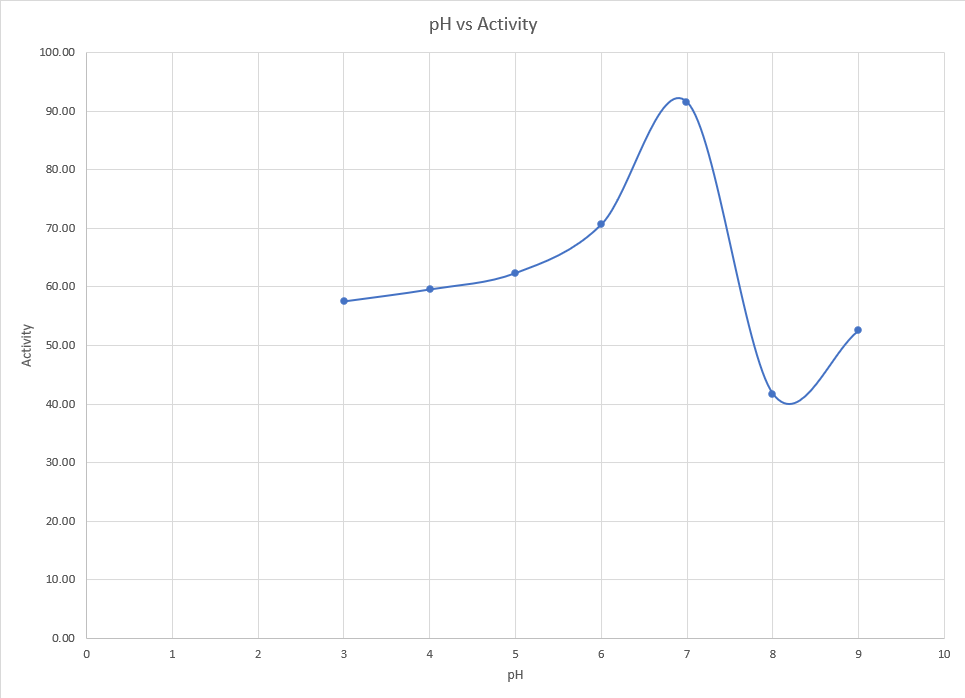 Interpretation:
It is clearly evident pH 7 is the ideal condition for the enzyme to function. At pH even slightly higher than this, a sharp drop in activity is observed. Even at a lower pH, activity remains significantly low.

Similar to the previous experiment, cell lysate was collected and incubated in temperatures ranging from 0° to 80° Celsius. Then DNS assay was performed to these samples using the same protocol. 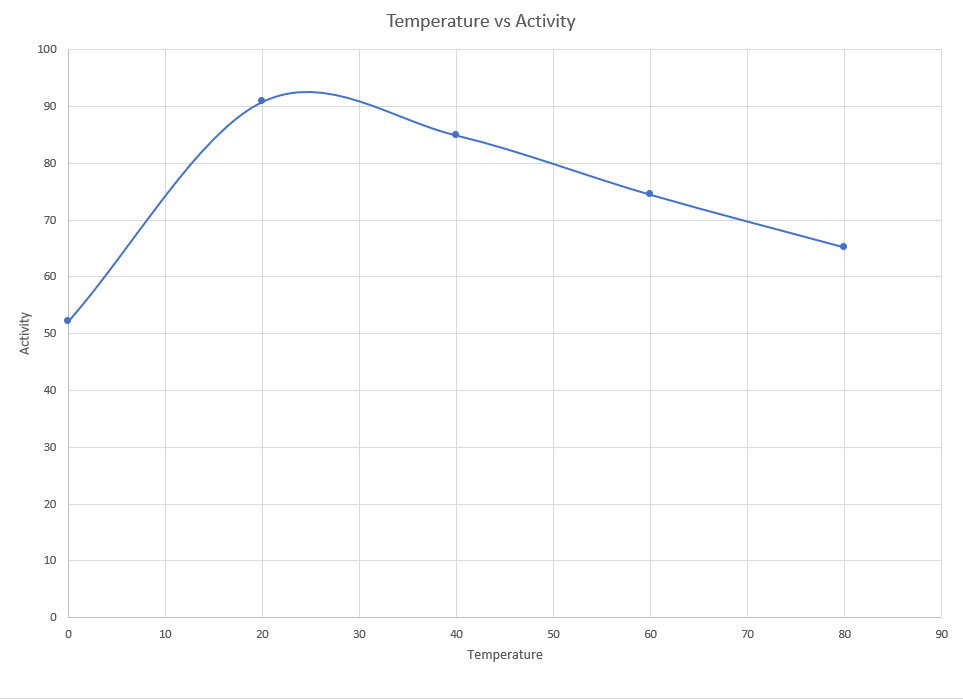